Dinowitz leads election night, but ranked-choice has yet to come into play 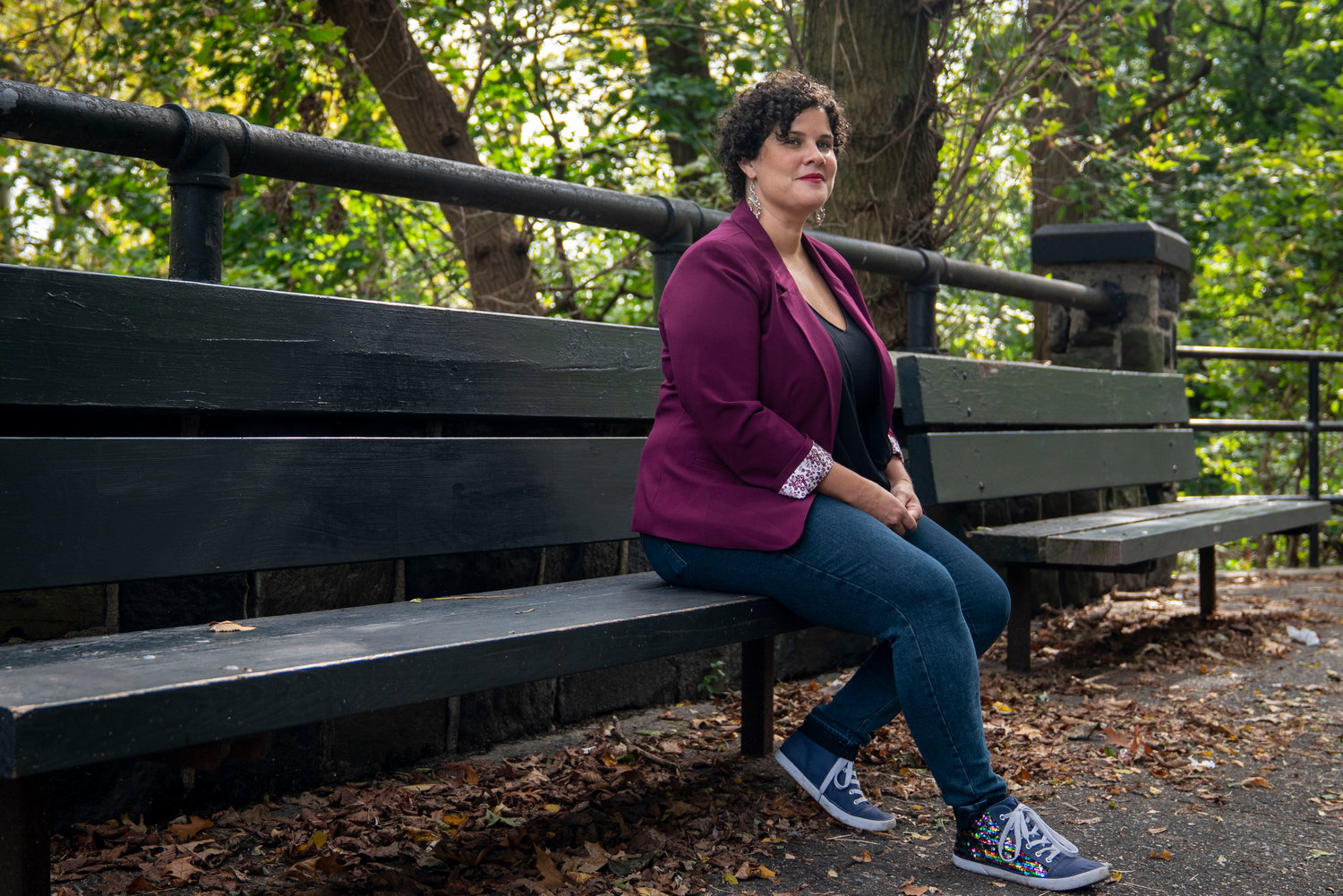 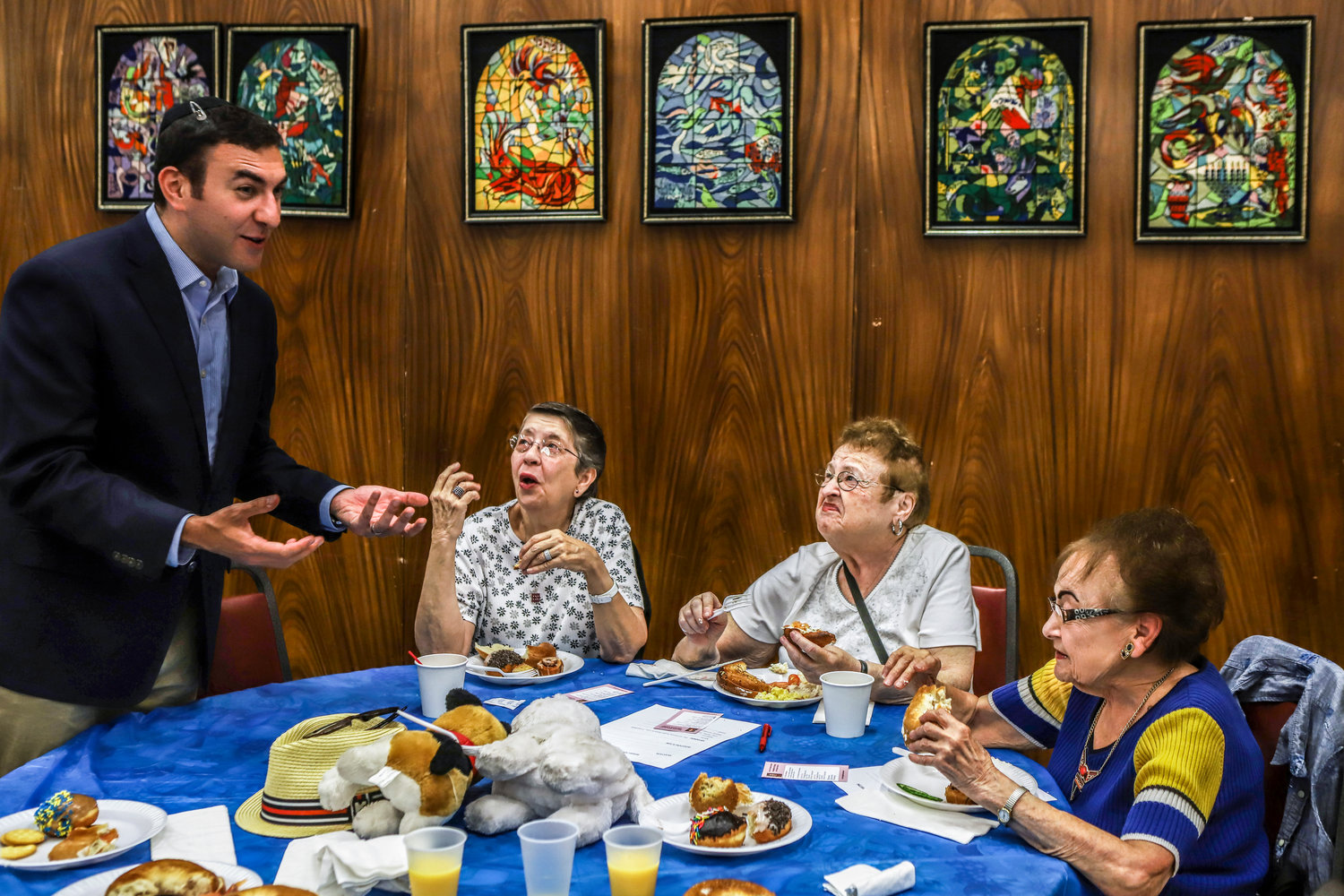 Eric Dinowitz led early returns in the special city council election to replace Andrew Cohen, but didn’t win outright because he failed to capture the necessary 50 percent. Mino Lora has a slight chance of overtaking Dinowitz during the ranked-choice counting and elimination process, which is expected to start around April 15.
HIRAM ALEJANDRO DURÃN/ File 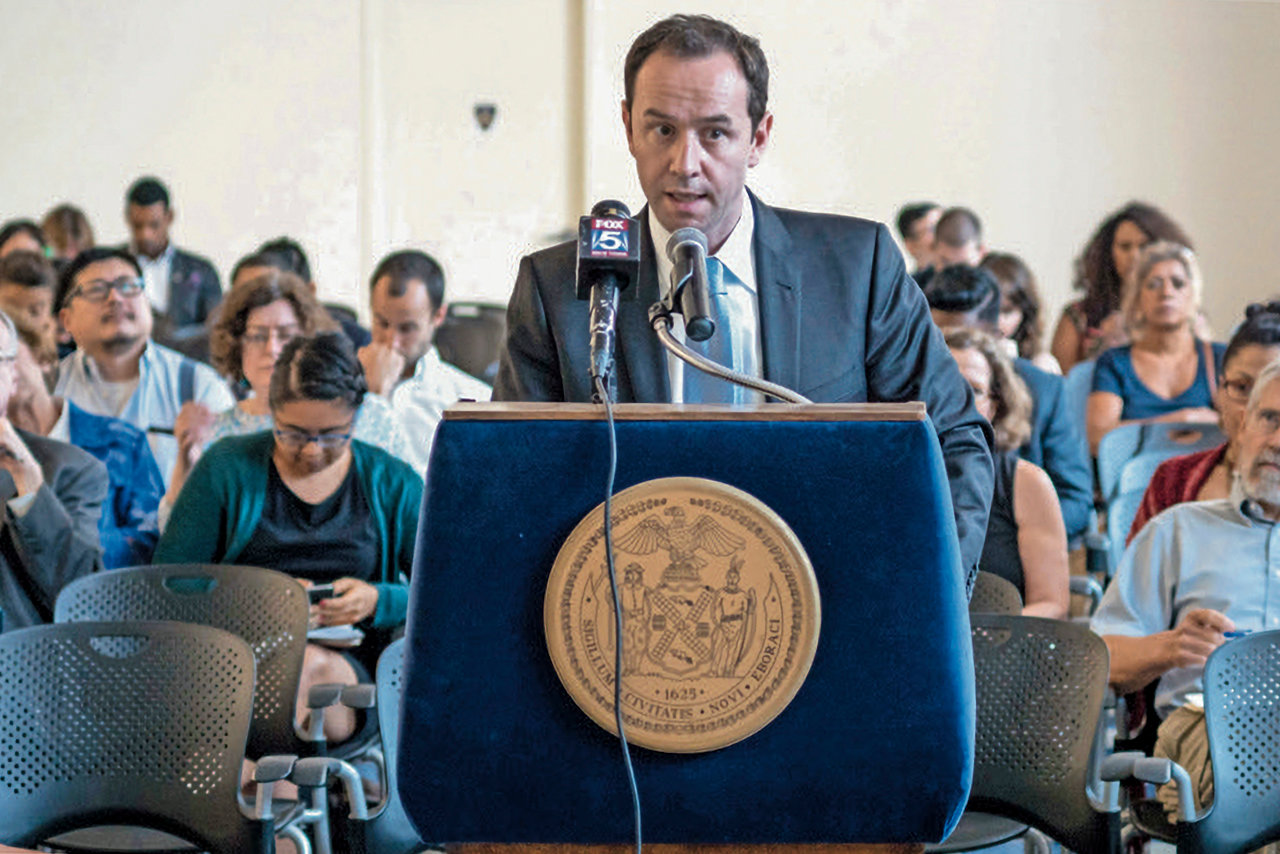 Dan Padernacht came in fourth through a crowded field in last week’s city council special election capturing 13 percent of early returns. That all but assures he won’t win this particular race to replace Andrew Cohen. Although Eric Dinowitz got the most votes last week, there’s a slight chance Mino Lora could still pull aheaed and win the council seat if enough of the remaining ballots rank her higher than Dinowitz.
JULIUS CONSTANTINE MOTAL / File 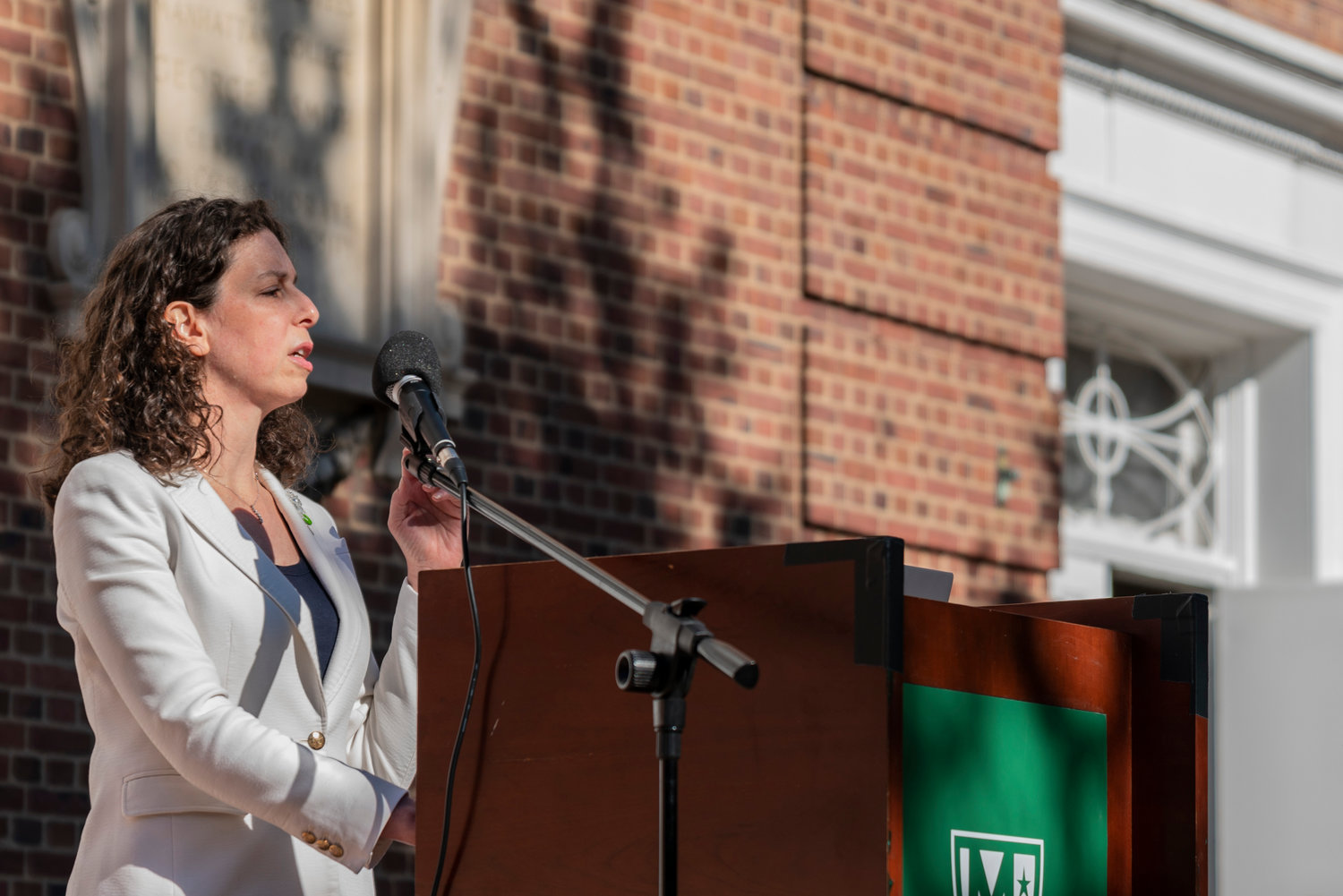 With 15 percent of early returns from last week’s city council special election, there’s really no mathematical way for Jessica Haller to win the seat once held by Andrew Cohen. But she could still help Mino Lora win instead if enough of her voters ranked the Spuyten Duyvil non-profit executive director above Eric Dinowitz on their ballots.
HIRAM ALEJANDRO DURÃN/ File 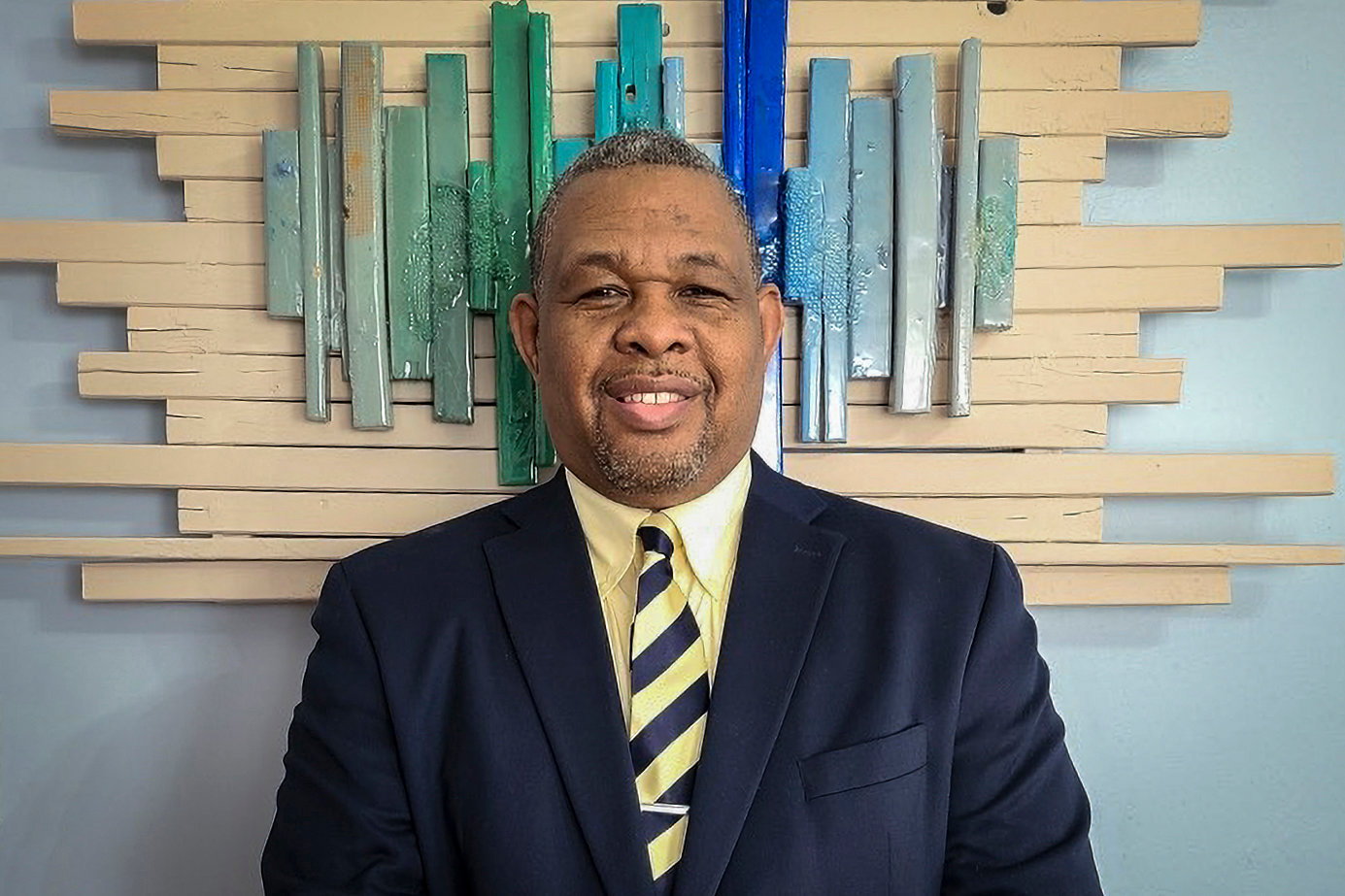 With the weakest showing in early returns of last week’s special election, Carlton Berkley likely will be the first candidate eliminated when ranked-choice counting gets underway in a couple weeks.
Courtesy of Carlton Berkley 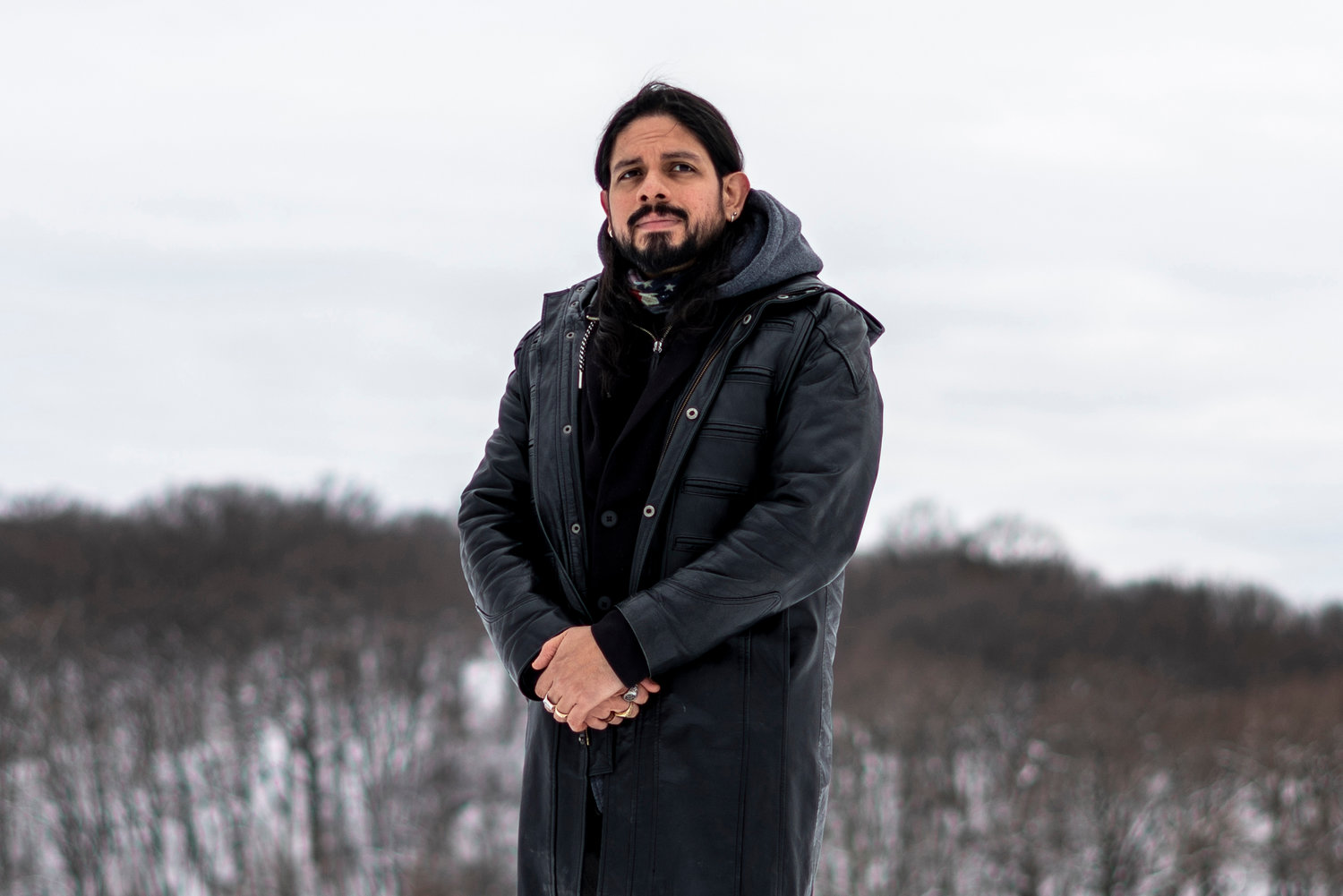 Voters — at least the fewer than 10 percent who came out — have made their voices heard, but the special election to replace Andrew Cohen on the city council is far from over. And non-profit executive director Mino Lora remains optimistic about her chances of upsetting former schoolteacher Eric Dinowitz, who has a 17-point lead from early and live votes.

“It’s going to get tighter than it is now,” Lora said. “The race is going to shift. It’s not over. But I don’t want to predict. I’m just very thrilled that here in District 11, we’ll be able to see (ranked-choice voting) in action in a couple of weeks. And I’ll be there, refreshing the (election results) page.”

Because Dinowitz didn’t capture more than 50 percent of the overall votes, he’s not the winner just yet. Still, Lora knows there’s a steep uphill climb from here if she hopes to overtake the son of Assemblyman Jeffrey Dinowitz in the additional rounds of counting that comes with ranked-choice voting. Dinowitz led the pack with 42 percent of the vote while Lora earned 25 percent.

A final decision, however, depends on how people who selected one of the other four candidates in the special election as their top choice voted later on the ballot. Not including absentee ballots, there are 2,200 ballots still available among Jessica Haller, Dan Padernacht, Kevin Pazmino and Carlton Berkley. Yet, for Lora to have a chance, she would need to be ranked above Dinowitz on 1,700 of those ballots, assuming absentee votes followed the same trends as the live election.

That means Lora would have to be chosen above Dinowitz on three out of every four of those remaining ballots. It’s a tall order for Lora to close the gap, but it’s not impossible. Mathematically, at least.

The ranked-choice counting and elimination process is expected to take place around April 15, once the city receives all the district’s absentee and overseas military ballots. The lowest vote-getter in the first round — Berkley — will be eliminated, and his votes will be redistributed based on who those voters ranked second. The process continues until there are just two candidates left, one of whom will be the winner.

‘I don’t feel good about it’

Berkley, a retired New York Police Department detective, received just under 2 percent of the initial vote. The Wakefield resident said he wasn’t pleased with the results, hoping to have a voice in city hall for once that wasn’t from Riverdale.

“I don’t feel good about it,” Berkley said. “Because it’s the same old, same old. The people lose out.”

“It was expected for him to win with all of the help he was getting from his father and from the machine,” he said.

Berkley is referring to Dinowitz’s ties to the Benjamin Franklin Reform Democratic Club — a political organization that’s acted as a power broker in this corner of the Bronx for many years, seemingly working hand-in-hand with the Bronx Democratic Party machine. The club endorsed Dinowitz in the special election, giving him exclusive access to a number of resources like a cadre of volunteers, and its West 231st Street office space just a block away from his father’s Assembly district office.

The elder Dinowitz has deep financial ties to the Ben Franklin Club — personally contributing more than $65,000 in campaign funds in just the past decade. Cohen, who accepted the Bronx Democrats’ nomination to the Bronx Supreme Court bench, also was a sizable contributor to the club, redirecting nearly $20,000 in campaign contributions to the club since he was first elected in 2013.

Haller, the Fieldston-based environmental activist who captured 15 percent of the vote, also was disappointed in the early results.

“I think it means we have a lot of work to do for June,” Haller said, referring to the upcoming Democratic primary. “We were on a roll with taking down the machine in the Bronx, and this is a little bit of a hiccup. But it doesn’t mean we won’t ultimately be successful.”

Haller did team up with Lora, asking voters to rank them together as first and second choice. If this strategy was effective, there’s a chance many of Haller’s 1,000 voters ranked Lora second. But Lora would need at least 80 percent of Haller’s voters to have done that if she is to have any chance competing with Dinowitz.

Also, Lora could run into problems when it comes to picking up support from Padernacht’s nearly 900 votes. Lora ran to the left of the Kingsbridge Heights real estate attorney, and both spent much of the campaign at odds with each other.

Not celebrating quite yet

It’s a little less predictable for whom the votes for Berkley and Pazmino will ultimately go to. Neither had aligned themselves with Lora or Dinowitz, but their ballot totals after last week was just over 300.

For his part, Dinowitz is pleased with the election night results, but isn’t declaring victory yet.

However, that coalition represented a very small fraction of district’s voting population, as only about 7,000 of the district’s 90,000 registered voters cast ballots.

Still, it was higher than turnout for the special election to replace now-U.S. Rep. Ritchie Torres in a neighboring district. Only around 3,500 voters showed up to the polls in that race.

Lora was bothered — but not surprised — by the low turnout.

But Lora said she’s looking forward to the June 22 Democratic primary, where she’s confident a lot more people will show up. That ballot will include not just city council candidates, but also contests for mayor, comptroller and public advocate — which will likely draw a larger crowd. By how much is unclear — the last time there was an open mayor seat, Cohen beat Cliff Stanton in a primary where there was just 13 percent turnout.

With the exception of Pazmino, all of the special election candidates are expected to run again in June, although Haller says she needs to see final results before making a decision. All of them will be joined by social worker Abigail Martin and political activist Marcos Sierra, who both opted out of the special.

The primary, Lora said, has been her focus from the beginning.

“I mean, that’s been our goal since we jumped in four months ago,” Lora said. “So, our eyes are set on that, and we’re confident we’ll be in a very strong place.”

Once upon a time, a home was found in Fieldston