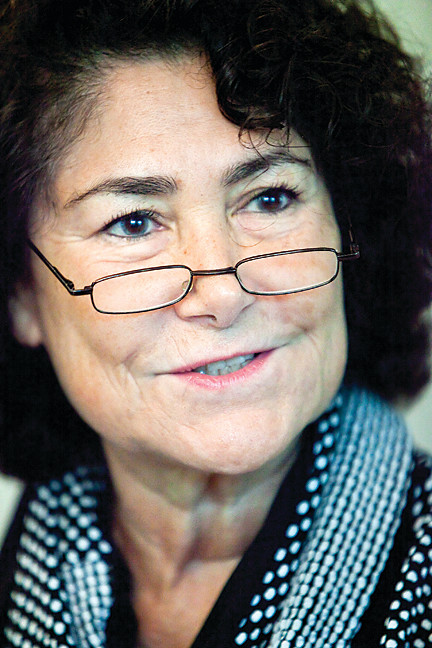 Toward the end of her career teaching French at Purchase College at the State University of New York, Ronnie Scharfman's interests fell to Hebrew and the Torah. Her intimate experience with both languages runs through a book of poems she self-published last month.

The opening piece of In Poem & Prayer sums up Ms. Scharfman’s colorful life as a French professor and critic:

She cloaked herself in another language…
She swirled in the secret idioms of “I”
like Cinderella at the ball, she felt pretty, witty.
It brought lovers and champagne.

The poem, “Cross-dressing,” goes on to describe more feelings inspired by her study of French, which included a two-year-long postgraduate stint in Aix-en-Provence in southern France. But then a shift takes place recounting an entirely different encounter with Hebrew:

Through its translucent threads
she heard the cadence of chant…
sensed the light touch of prayer.

On a recent afternoon at her elegant Riverdale home, Ms. Scharfman said she took up French as an undergraduate at Bryn Mawr College to get away from her Brooklyn roots.

“I was experimenting with other selves and growing and experiencing different things and enriching my life,” Ms. Scharfman recounted.

Ms. Scharfman later specialized in post-colonial studies, which took her to the Caribbean to work on the influential Martinique poet Aimé Césaire.

About 15 years ago, she began a career as a poet in her own right.

Ms. Scharfman, 67, joined a poetry workshop at Barnard College along with a workshop on writing midrashim, stories that explain – and often extrapolate from – puzzling passages in the Torah. She still participates in both groups.

The fruits of her labors went into In Poem & Prayer, which includes several imaginative interpretations of Biblical tales from the point of view of female characters.

Ms. Scharfman selected figures including the wife of Lot, Miriam, the woman who plucks Moses out of the Nile, and Avishag, a young woman who becomes King David’s servant in his old age.