100 years north of its namesake has been boon for community: officials 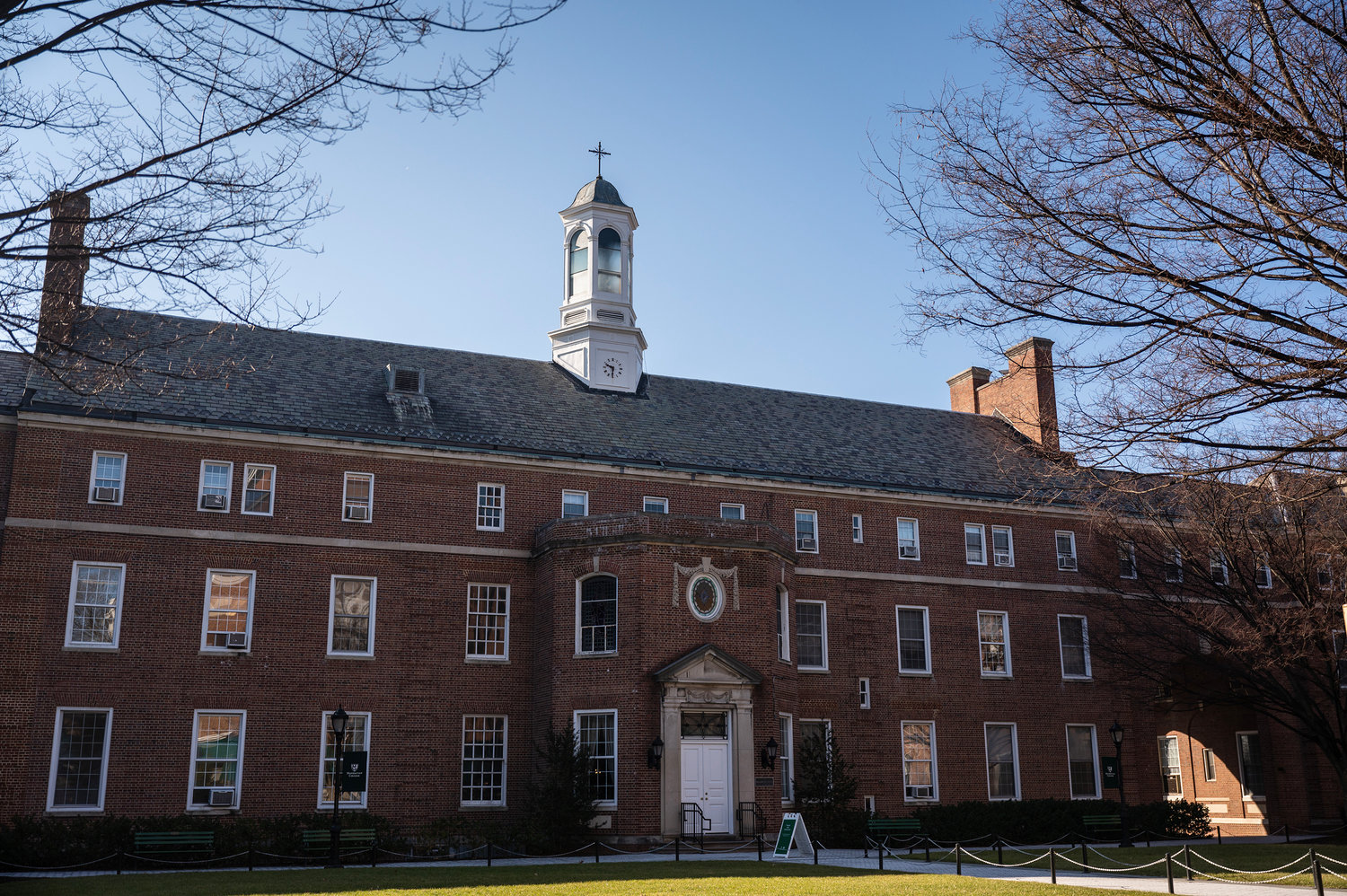 Manhattan College has rich history behind it, starting with its name — Manhattan College, which was founded in 1853 on 131st street and Broadway. Eventually the school went north. The 'new Manhattan' stationed in Riverdale in 1922 and the beginning of the 2022 semester was the start of 100 years in the northwest Bronx.
Hiram Alejandro Durán

We’ve been here for 100 years, and we plan on staying another 100.”
DANIEL GARDNER, interim president, Manhattan College
By Stacy Driks

While when men were going to fight for the United States overseas in the 1940s, Manhattan College almost shut its doors because it was losing students to the military draft. Yet, last fall the college with roots in Manhattan celebrated its survival.

During the 1920s, Catholic higher education started to expand. Siena College — Manhattan College’s rival —was founded in the 1930s due to the high demand of students wanting to learn and incorporate their Catholic studies together.

Manhattan College was no different.

Amy Surak, director archivist of special collections at the college, said the idea of going to college was becoming much more appealing at that time — especially for young men.

During the 1923-1924 academic year, student enrollment at Manhattan College was approximately 280 and was strictly for men as the college was not yet coeducational.

“I haven’t looked into it, but, the population was increasing too, so you have more people who are interested in higher education,” she said.

The first 30 years of the 20th century saw a rise in population, and higher education enrollment rose 84 percent. It is uncertain if the Great Depression might have contributed to the growth because most young men were sent to colleges not to take the jobs of the men who needed to support their families.

However, the college did not expect the 1940 draft, where men were sent off to war.

“We were sort of spinning off our students into war, and because we were all male, and many other schools were like scared that they were going to go under (close) because they didn’t have enough student enrollment,” Surak said. “But the war had a boomerang effect.”

The G.I. bill — the 1944 bill that gave returning veterans student benefits — was passed, and the college exploded with enrollment. Almost too much because it didn’t have the facilities for the influx of students.

Since then, the institution has continued to flourish with five resident halls. When the college lost students during the World War I it was in Manhattan, where it originated in the 1800s.

It actually was not a college at all. The school began as an academy or a secondary school, which was founded by five brothers on Canal Street in 1853, according to Manhattan College archives.

Towards the mid-19th century, the curriculum became more robust, with courses at college-level standards. Eventually, the brothers renamed the school to what we know today.

As the school continued to grow, so did enrollment numbers. The school needed more space. But the city was also developing, especially with mass transit.

The Interborough Rapid Transit Co. celebrated the opening of New York City’s underground subway line in 1904. But it wasn’t a celebration for Manhattan College.

The city needed to grade the street and when construction began pavement covered most of Broadway. And the streets were altered significantly. Eventually, the MTA used some of Manhattan College’s property, leading to legal issues.

“We had some anticipation of what the extension of the above subway line would do to population expansion,” said Brother Daniel Gardner,  president.

The college decided to go all the way north, and they reached Riverdale. Which was an elite location where there were several estates of wealthy industrialists. Some familiar figures were Maj. Joseph Delafield, one of Riverdale’s founding fathers.

This farmland, what was meant to be known as “new Manhattan,” was purchased in 1901. But the college didn’t have enough money to break ground.

Students continued to study in Manhattan while the college raised money to fund the new development of Manhattan College in Riverdale.

Surak said that the students at the time were excited to inhabit a new campus. It was different because the current building was old and not renovated. The administration sort of “let it go.”

The students were more excited than anything. And when it didn’t happen, it became a disappointment.

Manhattan College’s The Quadrangle reported Brother C. Thomas Fitzsimmons, who was the president when the College moved to the Bronx, thought to reach out to college alumni for support. The move proved successful, and with the help of the alumni and the Catholic diocese, they broke ground for its 1921 commencement ceremony.

But it wasn’t until the next year that the school opened its doors.

“Risks are one of the themes that we’ve tried to get across to our students at all times. That sometimes you need to take these leaps, whether it be in their careers or their personal lives,” the president said.

Gardner said becoming the Jaspers in the late 19th century was more than just an athletic team.

“I’m sure people think that’s a weird, unusual name for sports teams, right? It’s kind of gives us a little bit of unique flavor to connect college with that name,” he said.

This year the college started the Jaspers Corps — a community-engaged internship program that offers students paid jobs working for nonprofit organizations, particularly in the Bronx.

Currently, the college has almost 50 contracts with agencies. One location students have attended for their work-study program is the Methodist Home on Manhattan College Parkway.

Other positions that are found on the work-study webpage range from after-school math and science tutoring to television production assistant.

According to the interim president, the college-educated young men and women of the Bronx have to reach their academic potential. The college began as a safe haven for immigrants and first-generation students, primarily children of Irish and Italian families.

“That’s why we started because this was the opportunity to give them a higher education. To help the young adults of the Bronx. To reach their academic and career potential,” Gardner said.

The college alumni have made significant milestones and achievements throughout its history, including such people as Father Joseph Nearon, who advocated for the integration of college basketball. Nearon was the first Black member of the Catholic Theological Society of America.

Several others served under the government and continued their work under public policy.

But for Gardner, a major milestone was creating a new coeducational model 50 years ago, in 1973.

The first fundamental reason to go co-ed was to increase enrollment and to keep up with modern times.

However, Surak told The Riverdale Press the college was a Catholic brother institution where the rule was to only educate Catholic men.

“At the time when there were a lot of barriers for women to participate and succeed in STEM areas,” Gardner said. “Manhattan College has benefited tremendously by some superstar women over the years in our School of Engineering and Science.”

It wasn’t until after the Second Vatican Council, which happened in the mid-60s, that the move toward a co-ed institution started to have an impact.

“The students were very much interested, obviously, not from a financial perspective, because they didn’t administer the college. They were interested in it because they want girls, who doesn’t?” Surak said. “But it was the administration’s first initial appeal to enhance enrollment, and it worked.”