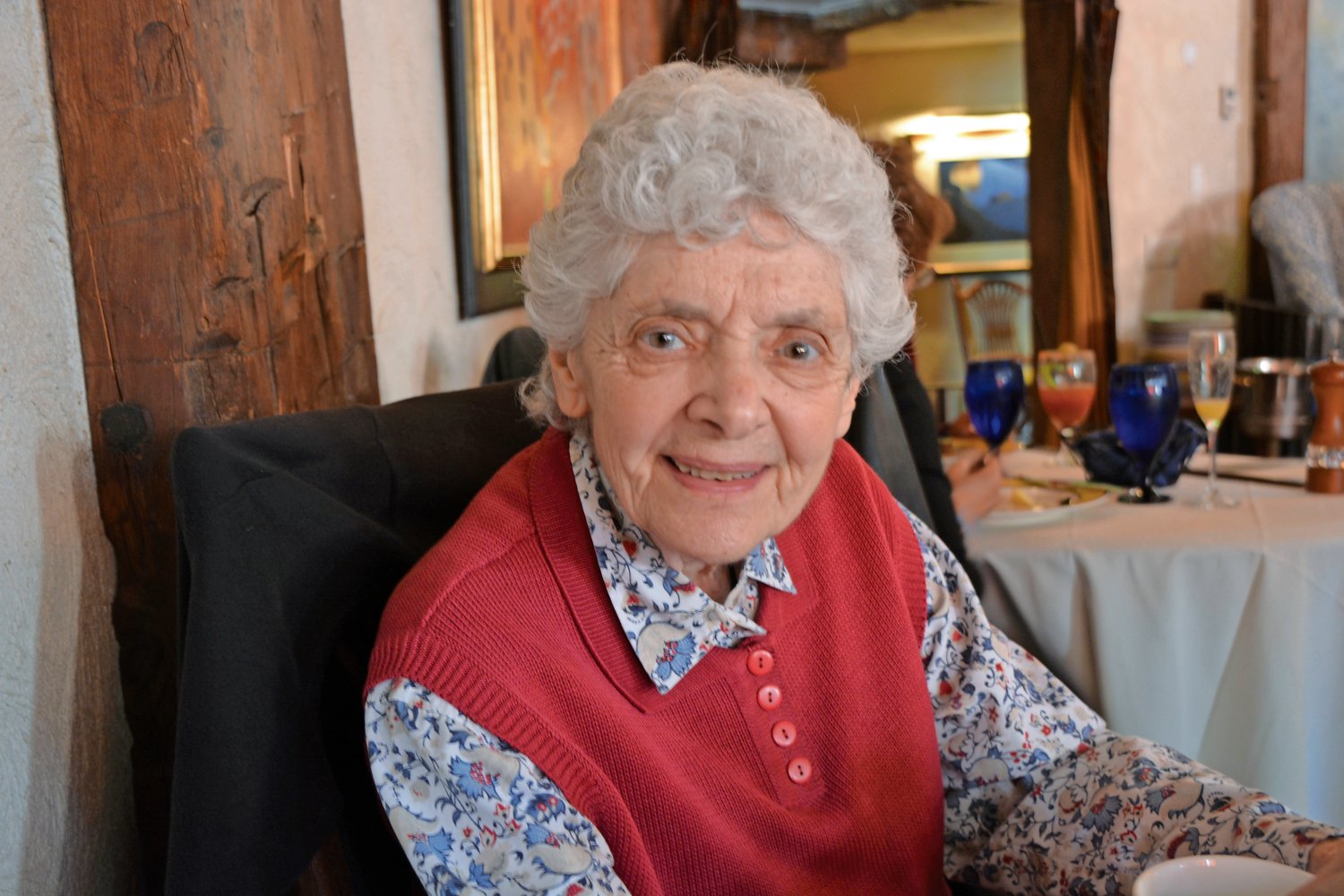 Muriel “Mickey” Axelbank, 91, who was beloved by her devoted family and the broader community, and well respected as an early childhood educator, died early Saturday, April 4, 2020.

She led a stellar life of more than nine decades and was widely revered as an exceptional woman with a big heart that touched everyone around her.

Her mother immigrated to America alone on a boat at 16. Her father died when she was just 2, and she was raised in a building across the street from the George Washington Bridge by her mother and two aunts. They made sure she pursued her education, and she graduated from Brooklyn College — something not a lot of women did in the 1940s.

She married Eli Axelbank in 1950. They lived for a short time in the Amalgamated Housing Co-operative, and ultimately settled and raised three sons — Arthur, Gary and Jeffrey as among the first shareholders in Park Reservoir Housing, the first state Mitchell-Lama housing project.

She earned a master’s degree in early childhood education and became a teacher in her community at the Amalgamated Workman Circle Nursery School, and ultimately director of the Marble Hill Nursery School.

Widowed when Eli died of cancer after 32 years of marriage, she continued her profession in education and spent the rest of her long life devoted to her Bronx community, and mostly to her six grandchildren and nieces and nephews, with whom she shared close personal relationships.

She was active in the Kingsbridge Riverdale Van Cortlandt Development Corp., in leading events at the Van Cortlandt Jewish Center, and with the Amalgamated’s Joint Community Activities Council, where she helped serve holiday meals and was the leader of a games program for senior citizens.

Well known for caring for sick family, friends and neighbors, it was not unusual to see her grocery shopping for them, and even helping around their homes. After her passing, social media was enthusiastic with comments about her warmth, compassion, kindness, and even her infectious, engaging smile.

She lived out her final years in assisted living in the Bronx, where she managed to charm both staff members and fellow residents with the same magnetism that earned her the title of “Miss Personality” at George Washington High School many years before.

At both her 80th birthday party, and seven years later when her synagogue honored her, she brought the house down with her tap dancing. Her given name was Muriel, but she was born the same year as Mickey Mouse, and the name stuck.