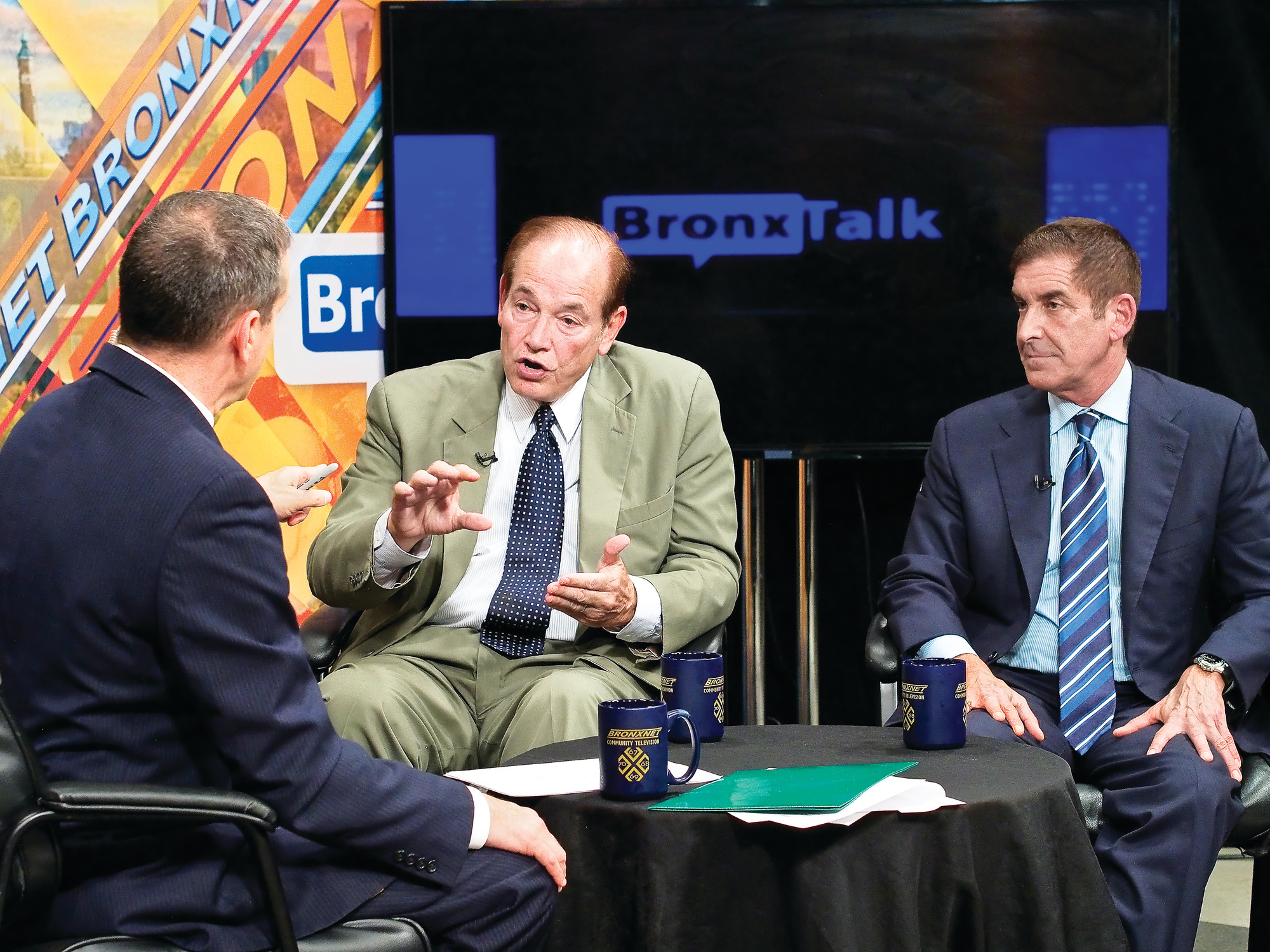 In a Monday debate between state Sen. Co-majority Leader Jeff Klein and his Democratic primary challenger, Oliver Koppell, Mr. Koppell did not quite call the incumbent corrupt. And Mr. Klein did not exactly say Riverdale’s former councilman is a liar and an elitist. But they came pretty close.

“He didn’t say a word, by the way, when the governor cancelled the Moreland Commission,” Mr. Koppell said of the investigative body whose inquiries, including a look at Mr. Klein, were abruptly stopped in the spring. “Now they didn’t find anything… But it was in the midst of looking at his things. We don’t know whether there’s something there or not.”

“Once again, my opponent is telling half-truths,” Mr. Klein shot back. “I have no business clients. I have no clients that have any business before the state. So I am not required to disclose them.”

Animosity between the onetime allies reached a fever pitch during the 30-minute session on the cable access program “BronxTalk,” one of two debates in the most closely watched state race of the year. You can see it here. Mr. Klein touted legislative accomplishments such as universal preschool funding and boasted of endorsements from Gov. Andrew Cuomo, Mayor Bill de Blasio and every Democratic incumbent in his 34th state Senate district. Mr. Koppell repeated the premise of his candidacy, that Mr. Klein’s two-year-coalition between his group of breakaway Democrats and Senate Republicans makes the powerful senator unworthy of election to a fifth term.

Ironically, the long-serving Bronx politicians evinced the strongest anger at each other when discussing their agreement on the issue of terms limits.

The former councilman picked up the topic later in the debate, drawing Mr. Klein to say he is also, in fact, opposed to term limits.