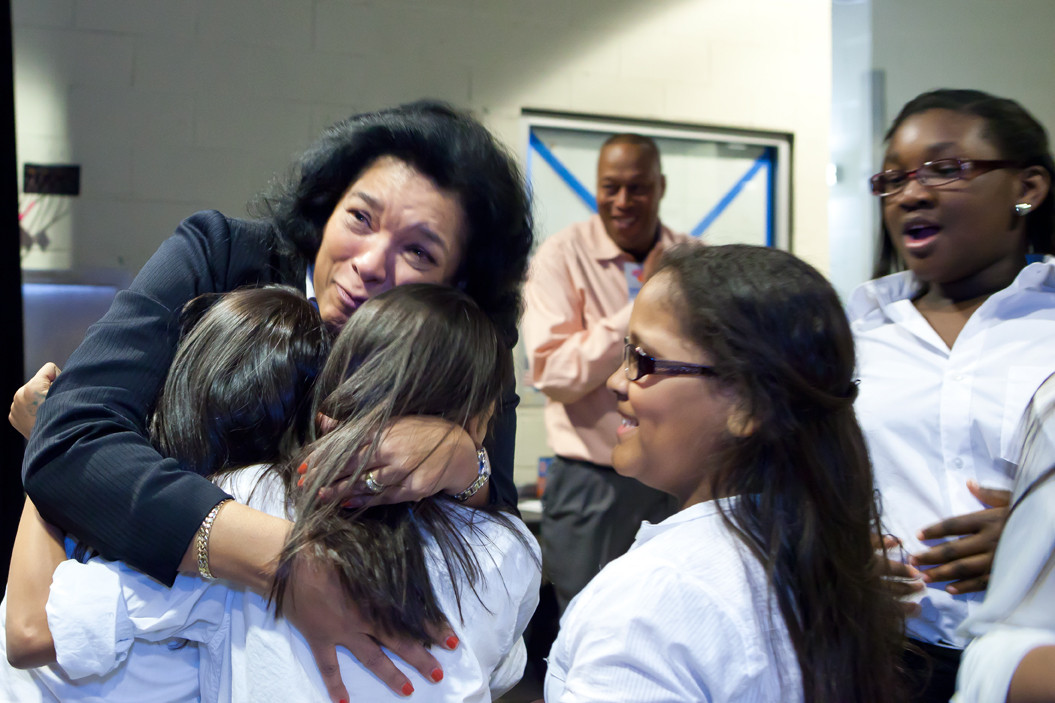 Dolores Peterson, principal of The New School for Leadership and the Arts, hugs students backstage after they sang the national anthem at a Knicks game.
Marisol Diaz/The Riverdale Press 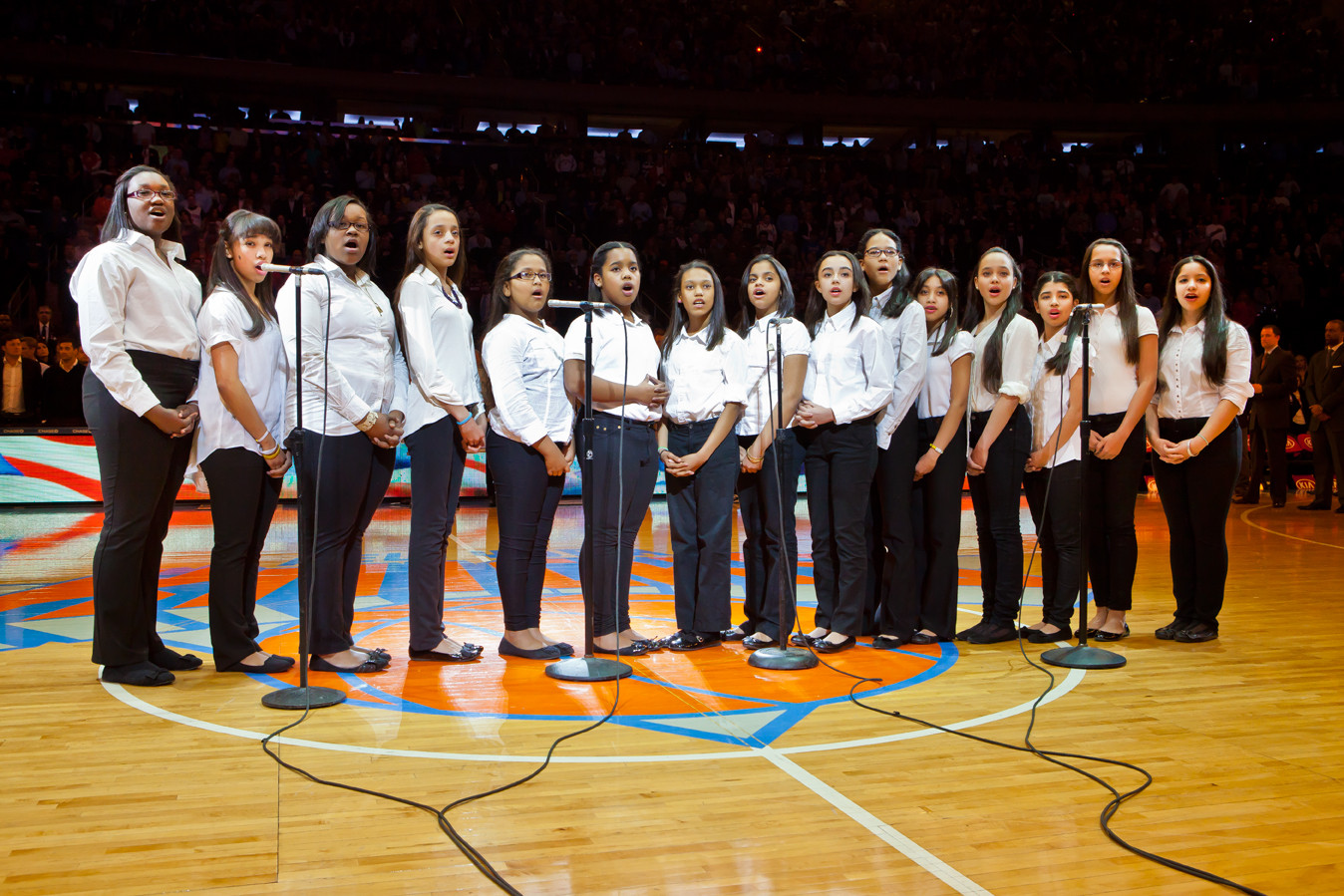 The lights dimmed in Madison Square Garden and a spotlight beamed down on the New School for Leadership and the Arts’ girls’ choir.

“And now ladies and gentlemen, we ask that you please rise and remove your hats for the performance of the national anthem by MS 244 in the Bronx and directed by Mr. Jarrett Parker,” the announcer said.

Thousand in attendance at the March 20 Knicks game stood and stared at the line of 15 singers, dressed in black bottoms and white tops.

Minutes before the girls began to sing the opening lines of the “Star Spangled Banner,” they stood off court, buzzing their lips together and exhaling, warming up their mouths.

As their moment arrived, they first sang in unison, and then they began to harmonize.

When they got to the lyrics, “Oh, say does that star spangled banner yet wave,” they sang the last word multiple times in increasingly higher notes, causing the crowd to erupt in applause and drown them out as the song came to a close.

Principal Dolores Peterson gave out hugs as the girls filed out.

“I told them you’re not just representing the Bronx, you’re representing every middle school in the city. And they hit it,” Ms. Peterson said.

The Knicks invited the New School for the Leadership and the Arts, MS 244, to perform the national anthem before its home game against the Orlando Magic. The students’ second public performance roused a packed stadium to whistles and screams. Shrieks echoed from the girls in the hallway. Tears dripped down several of their faces.

“I cried because I’ve never been so proud of myself,” said Karla Madrigal, a seventh grader.

Although the choir has performed the national anthem at a few school events, they were given less than two weeks to rehearse.

Mr. Parker, a 2007 NSLA graduate and the school’s current choral director, said he’s been working on organizing the choir’s first public performance since September. He videotaped the choir singing the national anthem and told them it was for rehearsal purposes. Mr. Parker then sent it to several organizations, including Madison Square Garden.