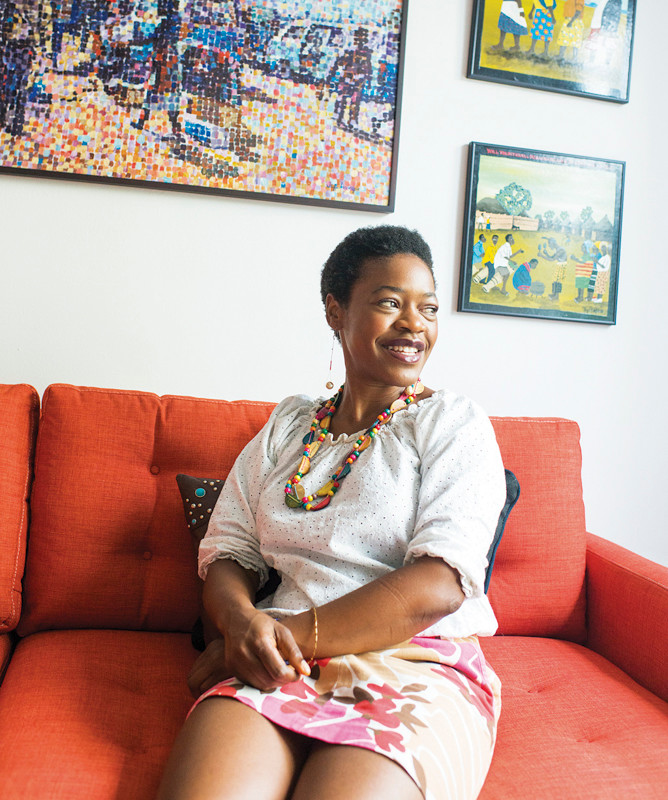 Chiseche Mibenge, 40, a local BRIO award winner, sits for a portrait in her home in South Riverdale on June 26.
Adrian Fussell/ The Riverdale Press 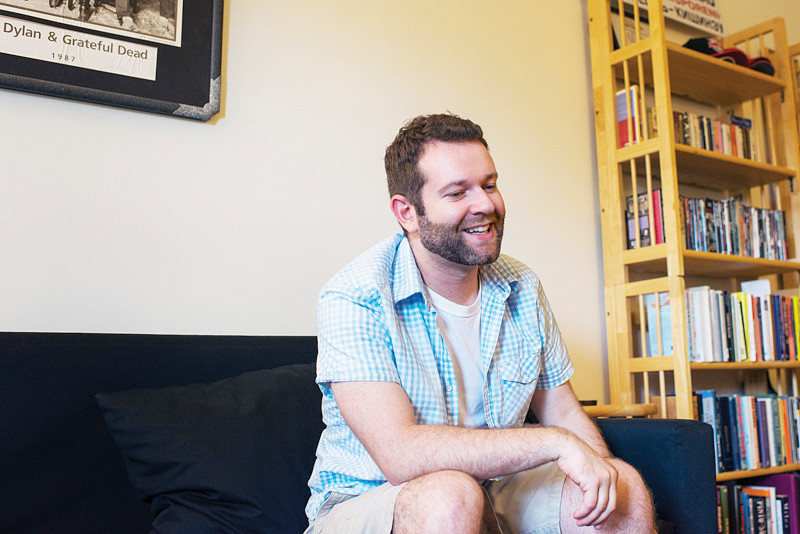 Aaron Weiss, 33, a local BRIO award winner, sits for a portrait in his home in South Riverdale on July 2.
Adrian Fussell/ The Riverdale Press
Previous Next
By Daniel Ynfante

Writers get their inspiration from all kinds of places — their imaginations, other works and current events, to name a few.

But perhaps the deepest source they quarry is personal experience.

“At worst, my writing is just travel logs and opening up people to different experiences,” said Mr. Weiss, 33, who wrote about his time in the Peace Corps and life in Ecuador, Mexico and Moldova.

“At best I think it’s just a different way of looking at immigration in America,” he continued. Seeing how an American can adjust to what he considers to be craziness in the world, and coming home and saying ‘oh, other people are experiencing that same problem in America.’”

Now a Spanish teacher at Newark Academy, Mr. Weiss spends his time away from school writing from his apartment on Netherland Avenue about people in uncomfortable situations — something he became familiar with while he was abroad.

In “Gun Story,” one of the pieces that earned him a BRIO, he recalled a frightening experience in Moldova when one of his students brought a gun to class.

“At this moment I went back to the Peace Corps cultural training,” Mr. Weiss wrote. “Don’t overact to what you perceive to be crazy. You’ll lose respect if they think you don’t appreciate their culture. Was this one of those moments? The students didn’t appear scared. Apparently I was the only one in the room with an elevated heart rate. In fact, perhaps this was normal. I was in this country to teach English, not judge the absence of gun laws…”

Born in Zambia, Ms. Mibenge, 40, has traveled to the Netherlands, Rwanda, the Democratic Republic of Congo and Sierra Leone, among several other countries.

With each country she visited, the lawyer and human rights activist gained more experiences to write about.