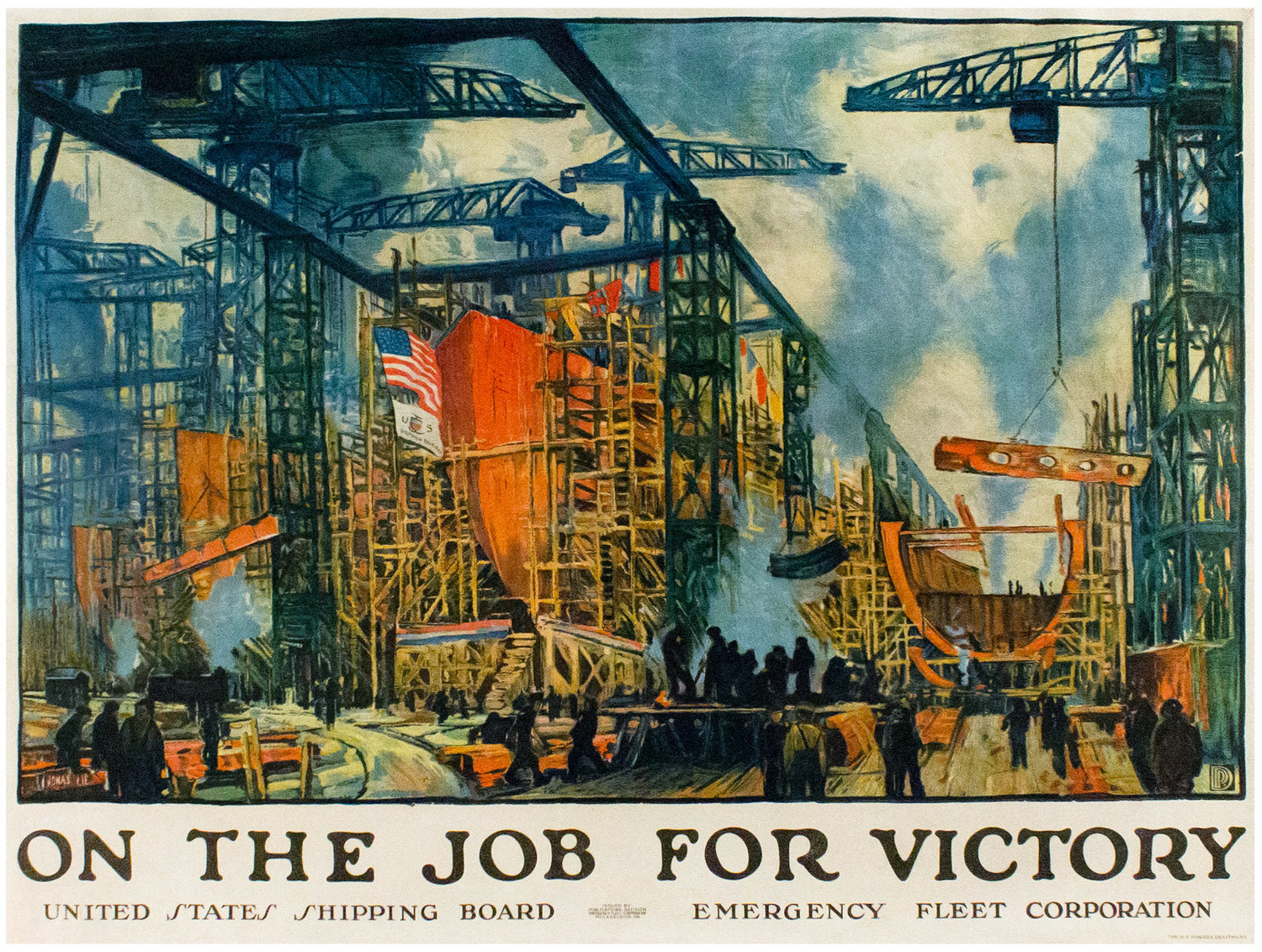 Posters like ‘On the Job for Victory’ by Jonas Lie celebrate the work Americans put into supporting World War I to show the country their efforts were not being put to waste. The poster is one of many that were donated to the Hudson River Museum years after that war.
Photos courtesy of The Hudson River Museum 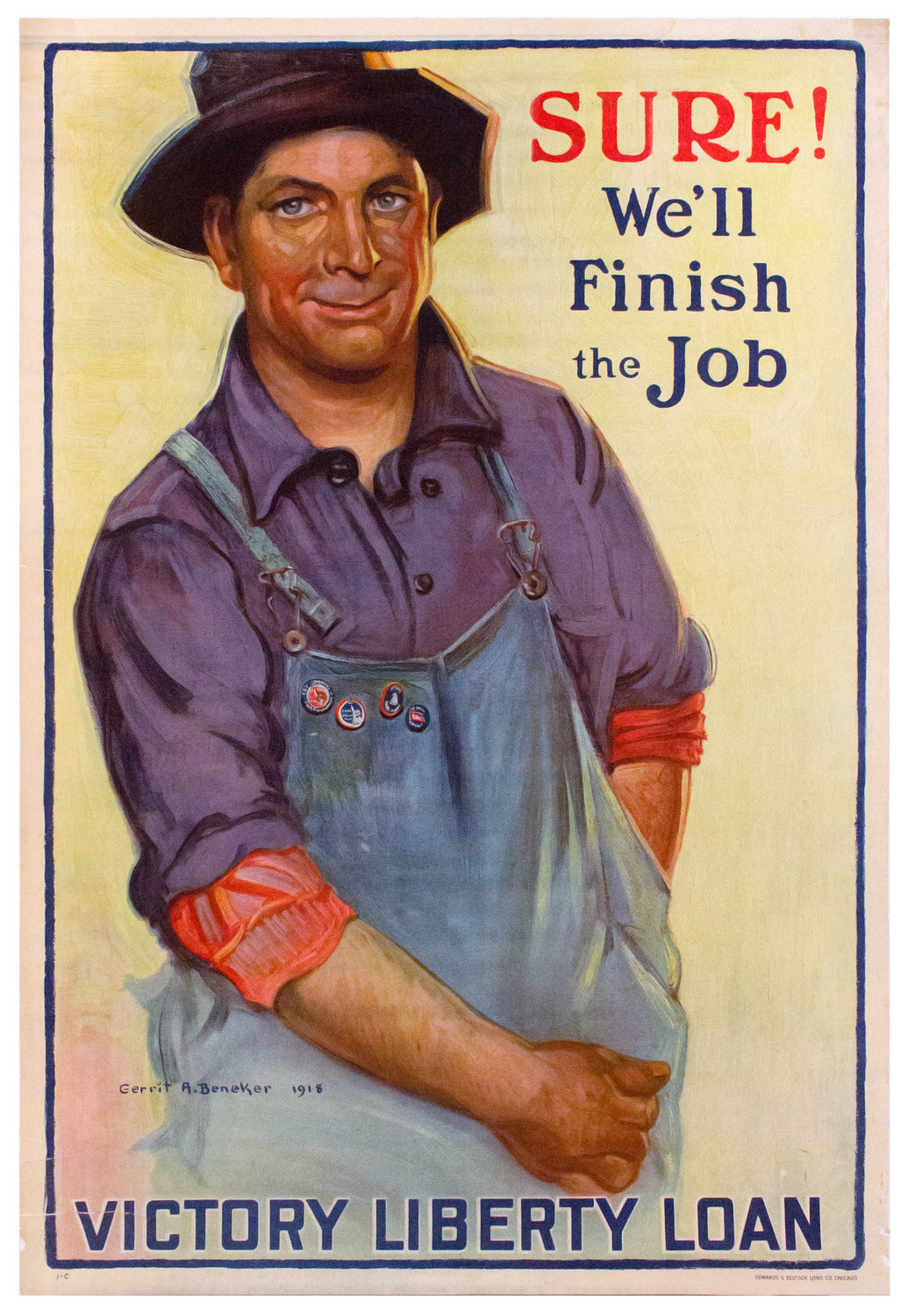 An obliging worker ready to help the United States is the face of Gerrit Albertus Beneker’s ‘Sure! We’ll Finish the Job.’ Posters like this helped the country convince people to do their part during the third year of World War I. 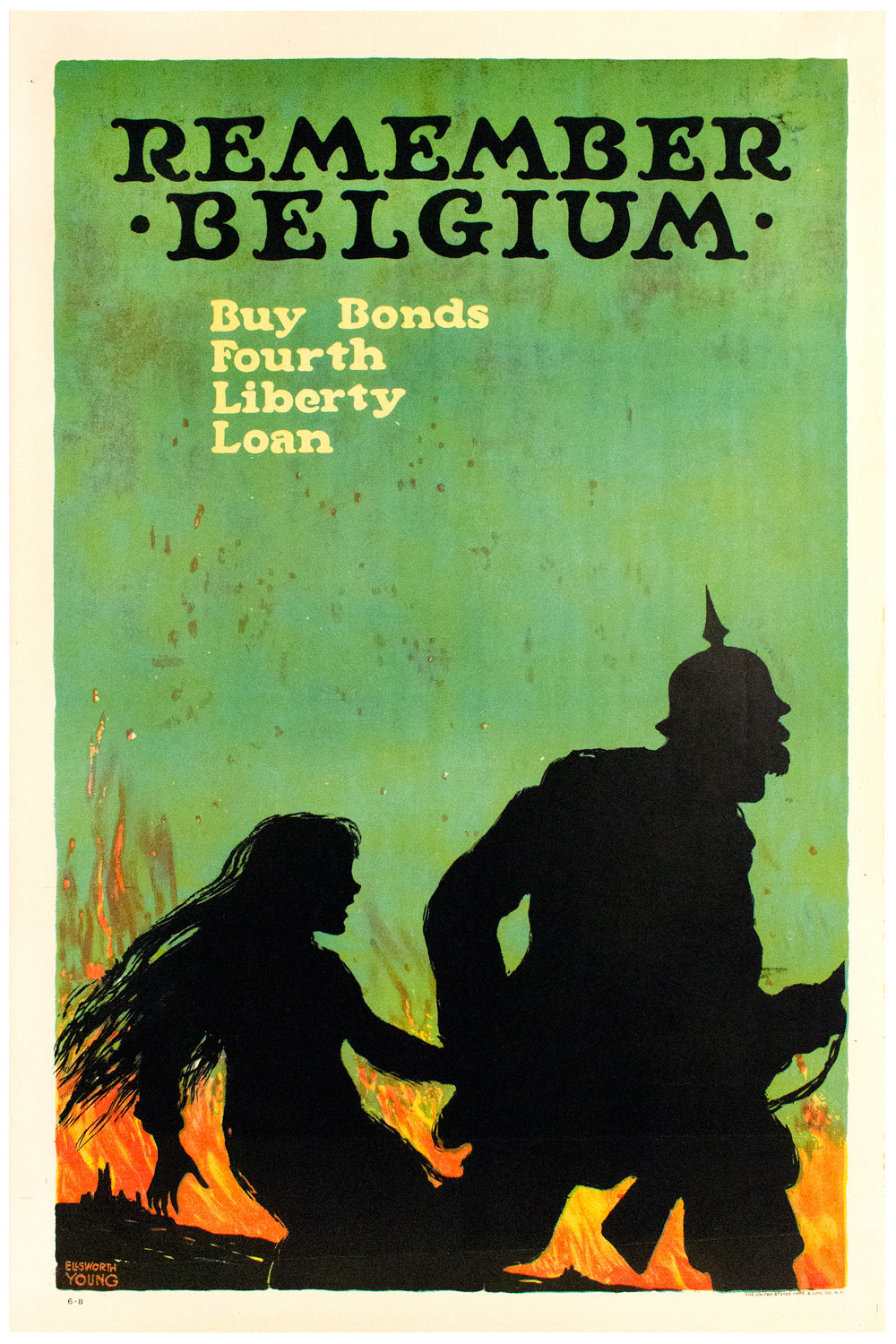 Artist Ellsworth Young created ‘Remember Belgium’ to convince people living during World War I ace in 1914 to lend money to the government. It’s just one of the designs on display at the Hudson River Museum through Jan. 21. 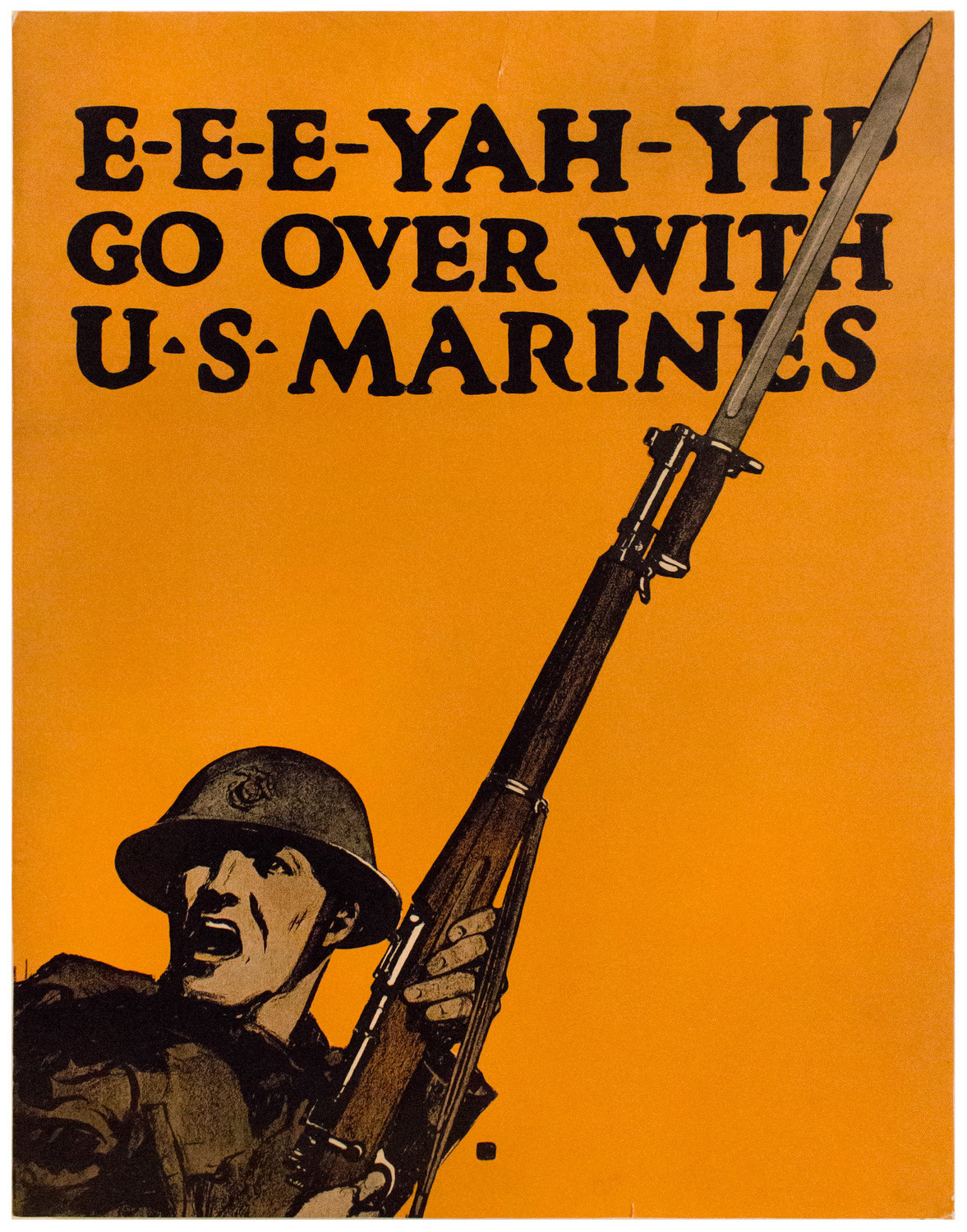 The United States started drafting eligible men between 21 and 30 to the armed forces in May 1917. In order to continue enlistment, Charles Buckles Falls’ poster encouraged Americans there was a need for a draft.
Previous Next
If you go ...

WHAT: On the Homefront: World War I Posters from the Collection

COST: Admission to the Hudson River Museum is $7 for adults, $5 for senior citizens 65 or older, $4 for children between 3 and 18, $5 for students with valid ID, and free for members

It’s been 100 years since the United States fought in World War I. But the posters encouraging its population to enlist in the armed services have yet to be forgotten.

That’s because the Hudson River Museum at 511 Warburton Ave., in Yonkers won’t let that happen.

Its latest exhibition, “On the Homefront: World War I Posters from the Collection,” focuses on the different posters the government used to instill American pride and keep the troops properly stocked.

The posters became a nationwide campaign after the U.S. government’s public information committee formed the Division of Pictorial Publicity in 1917 to do just that. American painters, illustrators and cartoonists volunteered to create 700 poster designs for 58 governmental departments and committees.

The government’s goal was to convince people to buy war bonds, conserve food, contribute to the Red Cross, and work other war-related jobs, according to Laura Vookles, chair of the museum’s curatorial department.

The posters range from one man announcing he’s proud to fund the war to one that encourages Americans to serve in the U.S. Marines through and the promotion of the idea a draft was needed. Between the 1920s and as late as 1975, several people donated different posters to the Hudson River Museum. Only a portion of the posters is on display in Yonkers. Others have made their way to another World War I-related exhibit at the Roosevelt House in Manhattan.

Vookles said while she didn’t have any letters or commentary from past donors, she believes they came forward with the posters because they’re a memento of how many Americans regarded World War I as a “noble cause and a victory.”

“I think people preserved the posters and other more personal souvenirs as reminders of what they could tell had been a momentous, world-changing event,” she said. “Many people had been deeply touched, personally, by the war, whether they were in it, had a relative in it, or volunteered at home.”

Vookles is a self-proclaimed fan of early 20th century illustration art, so when it comes to “On the Homefront,” she has quite a few favorites. One of them is a Red Cross poster where a woman is draped in the American flag. Another is a piece called “Food Will Win the War” that features immigrants, the Statue of Liberty, a glowing Manhattan skyline in the distance, topped off with a rainbow.

“So many speak to the contributions of women and ordinary people, and I have a soft spot for that,” Vookles said. “So many great artists were designing these posters, and they used bold color and energetic compositions to grab your attention and emotions.”

War propaganda later found its way in the form of radio announcements during World War II. But Vookles can still see how promoting patriotism is still the government’s key element in getting Americans invested in wars.

“In a democracy, persuasion to political support and action is always relevant,” she said. “And arts and artists have their role to play.”

Vookles also wants future visitors and history buffs to gain “an appreciation for these artists and the roles that illustration art served.”

“They were not just painting children’s books and car ads,” Vookles said.

“The artists designed (the posters) to command attention, and they do just that — before you even know what they are.”