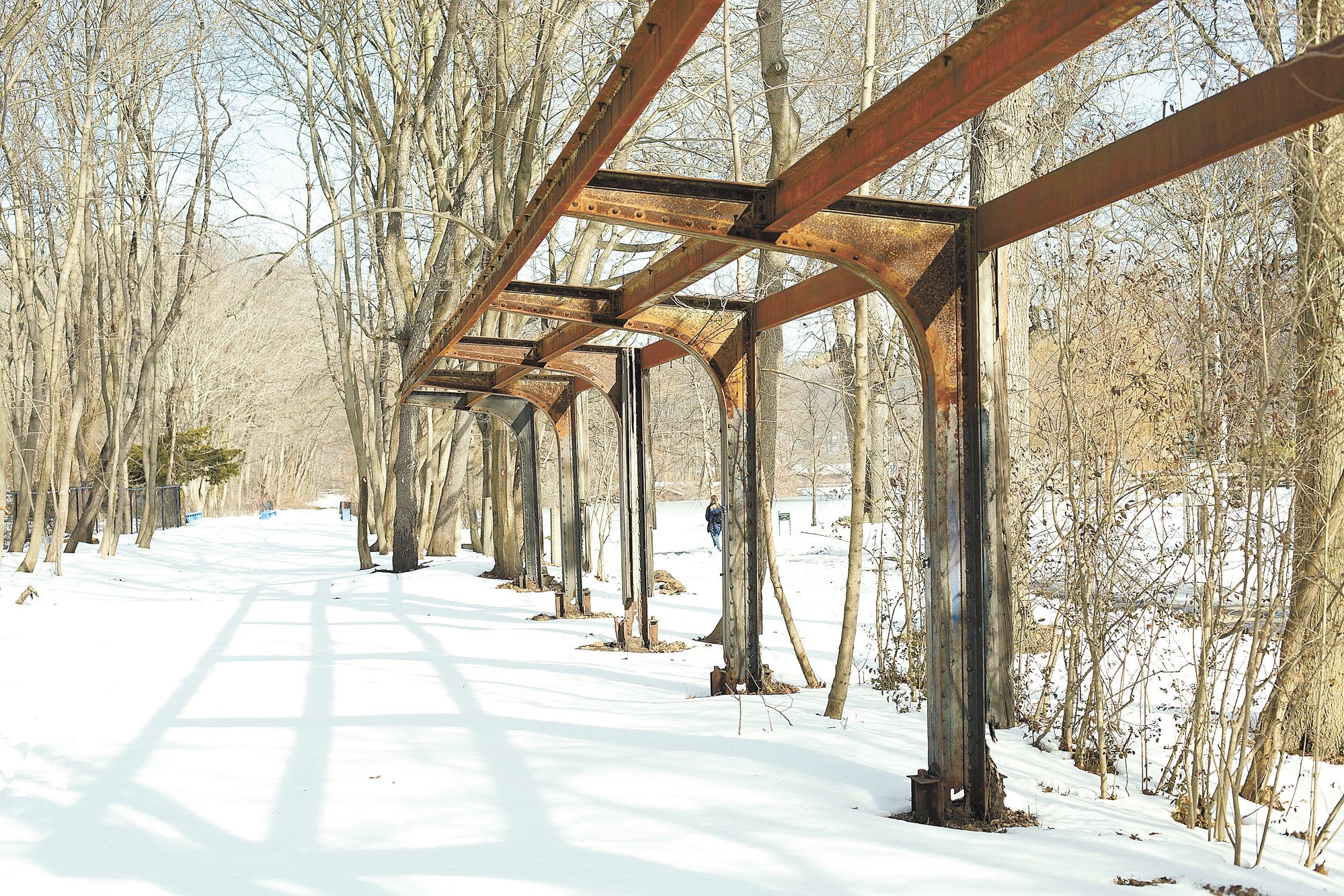 Remnants from a passenger train station along the Old Putman Trail in Van Cortlandt Park still dot the lanscape.
Photo by Naomi Vaughan
By Anthony Capote

The idea of paving the 1.25-mile-long nature trail that runs along the abandoned Putnam Railway was first proposed in 2013, but failed to meet the demands of both community stakeholders and various city ordinances and requirements.

On Jan. 27, the Parks Department’s Ilan Kutok and Jennifer Greenfeld pled their case before the community board and concerned residents, as they will do again before CB 7 and CB 12 in the next two months.

“From the very southern end, all the way up to the Westchester border, there was one type of path,” Mr. Kutok said during his presentation. “Depending on the context and different locations, we’ve actually created three types, different greenway types that address the concerns and sensitive nature of specific locations along the trail.”

This mix of approaches is designed to accentuate existing curves in the trail, forcing bicyclists to ride at a slower speed and minimize the risk of collision with pedestrians. There is also a buffer zone to reduce pollution in the sections of the trail that are within 100 feet of the wetlands.

Mr. Kutok and Ms. Greenfeld said the primary goals of the new plan are to make the Putnam Trail compliant with the Americans With Disabilities Act and provide universal access to the greenway for all park visitors.

“One of things I’m looking at is that we have this beautiful park and there isn’t access to everyone,” said Rodolfo Diaz of the Bronx Independent Living Services, a nonprofit that advocates for people with disabilities. “We as a disabled community can’t get into the park to see this beautiful park.”