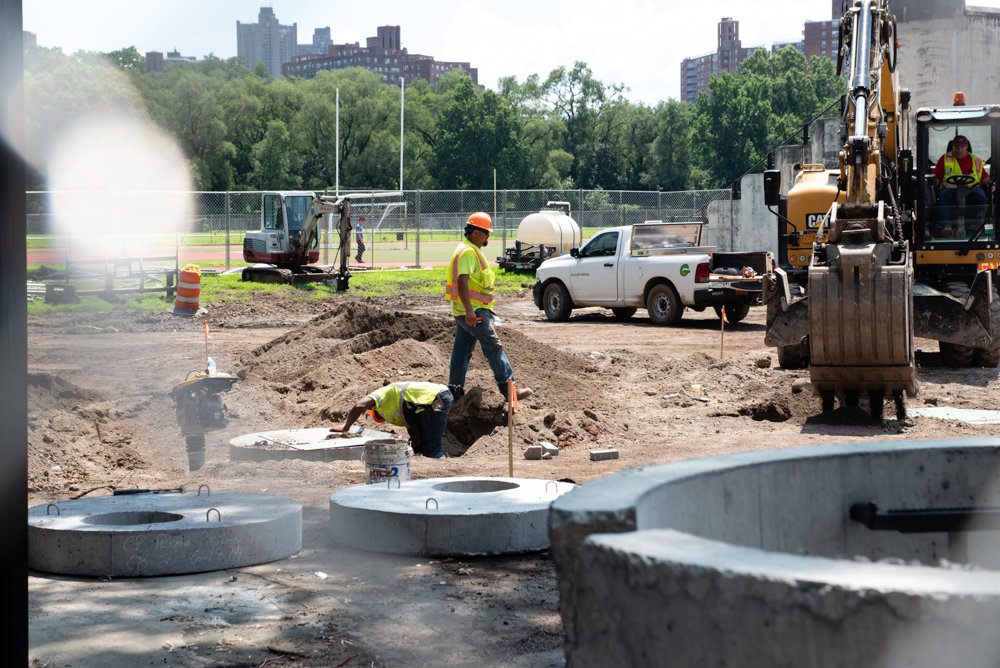 A hefty $5 million from Parks Without Borders is helping to fund ongoing construction at Van Cortlandt Park.
FRIDA STERENBERG 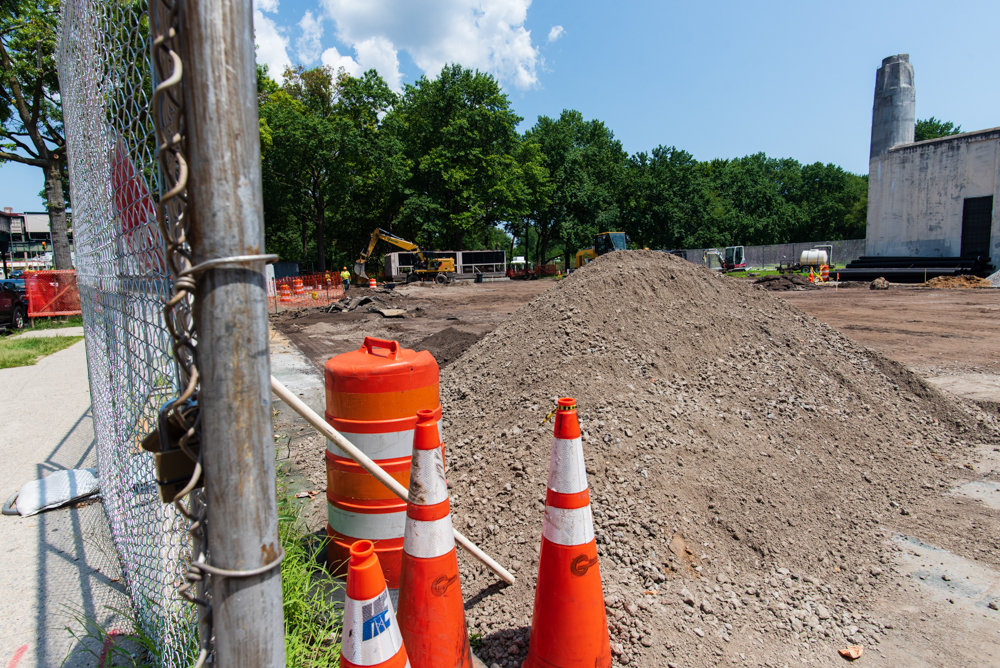 Construction is underway at Van Cortlandt Park, thanks in no small part to $5 million in funding from the organization Parks Without Borders.
FRIDA STERENBERG 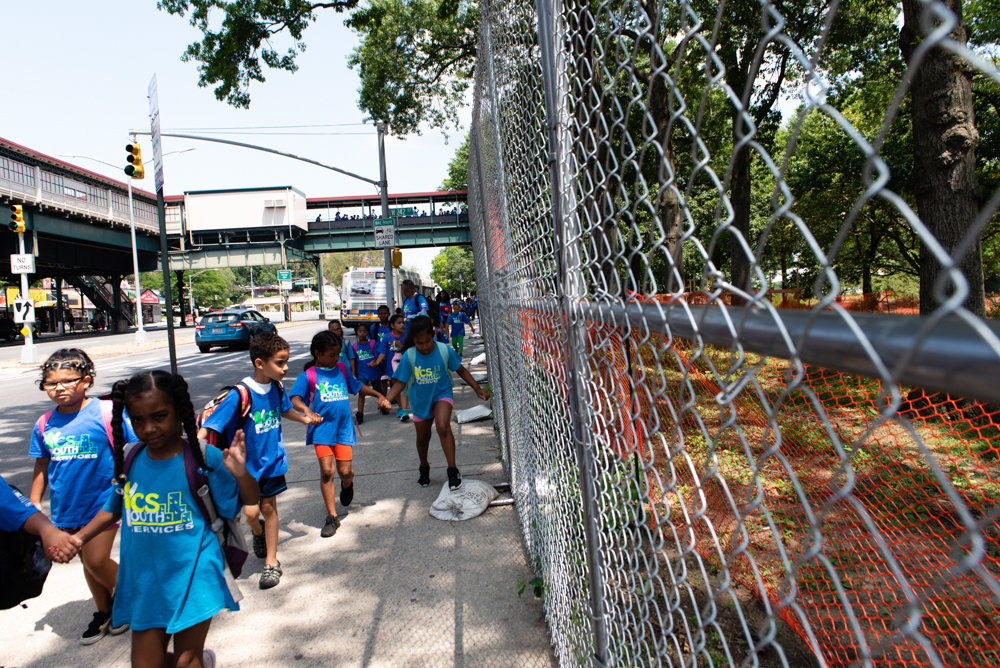 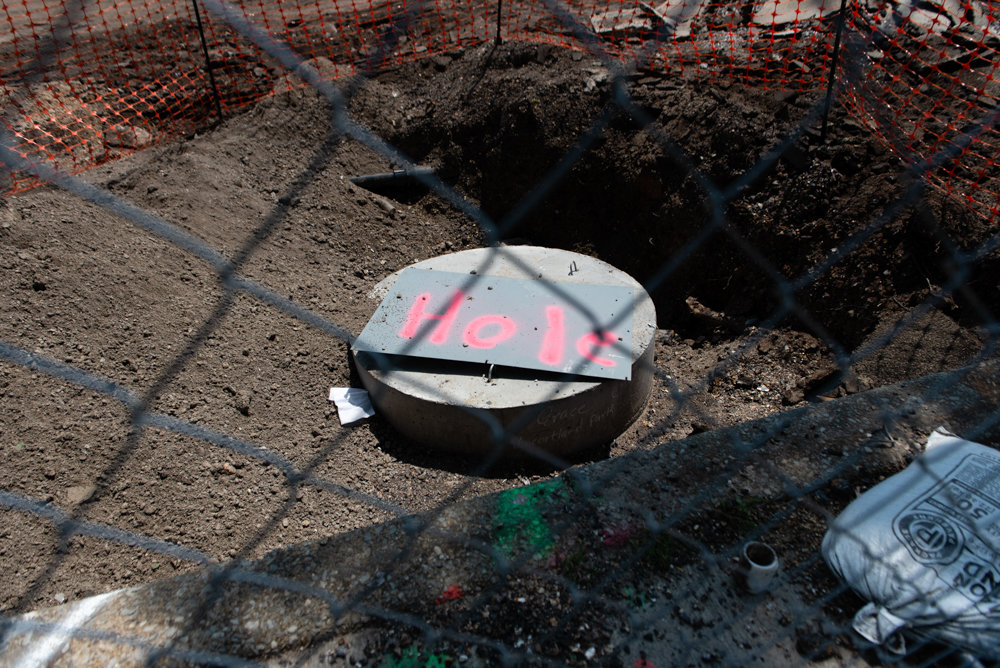 After a public vote, Parks Without Borders is providing $5 million to improve various aspects of Van Cortlandt Park, including new entrances and a refurbished barbecue area.
FRIDA STERENBERG 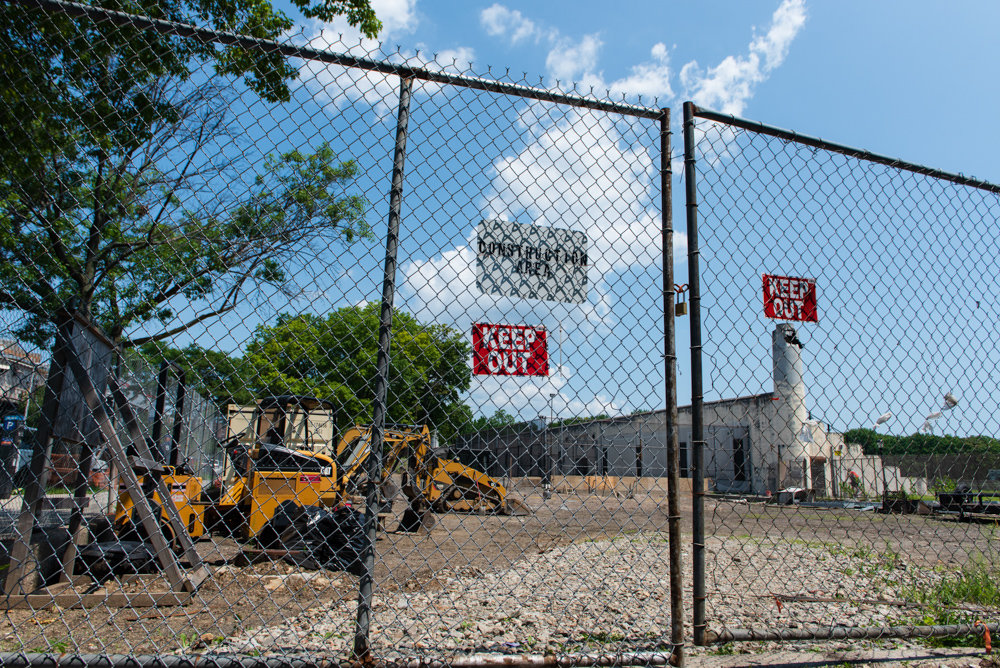 Signs warn passersby to keep out of a construction site in Van Cortlandt Park. Parks Without Borders is funding $5 million in improvements, which will go toward a spray ground, new park entrances, a refurbished barbecue area, and restored wetlands.
FRIDA STERENBERG
Previous Next
By HEATHER J. SMITH

Thanks to a city program, an online poll, and a group of dedicated patrons, Van Cortlandt Park will get some long-needed updates.

Parks Without Borders, a city parks department program dedicated to making parks more vibrant and accessible, used a groundbreaking last month to kick off nearly $5 million in construction and beautification projects at Vannie.

“This is actually a really exciting and important project for the park as a whole,” Christina Taylor, Van Cortlandt Park Alliance programs and operations director, said. “That section of the park has been thoroughly in need of a revamp for many years now.”

Parks Without Borders projects mainly focus on improving a park’s entrances, edges and “park-adjacent” areas, according to its website.

“It will make entrances more welcoming, convenient and easy to find,” the site states.

Among the areas targeted for construction is one set aside for eating and barbecuing.

“The picnic area there is flooded all the time because they built this picnic area in a wetland,” Taylor said. “Unfortunately it floods constantly, and after it rains, it’s pretty much unusable for a few days after. This will help to correct that issue.”

Crews will bring in the land-moving equipment, raise elevation of the flood-prone area, and switch out the old barbecue grills for new ones.

“They’ll be doing some planting along the edges where the wetlands are to help hold that water in,” Taylor said. “And they’ll actually be grading and elevating it, so it won’t be the low point anymore.”

Construction will transform the disused space into a plaza with a seating area and a spray ground. It also includes reconstructed pathways and stairs, game tables, LED lighting, drinking fountains, and plantings.

“This will take that area and turn it into park space that is actually appealing to look at and enjoy,” Taylor said.

Currently, the perimeter fence in that area is chain link fencing that has seen better days. The project calls for removing the old, rusty fence and adding lower profile fencing that matches what runs along the park border north of the station.

“If you walk up and down Broadway, you’ll see there are numerous different fences that were constructed depending on whatever project was happening,” Taylor said. “This will get rid of the old fences and make it all consistent.”

It accomplishes this by widening entrances and ensuring they’re accessible. Any broken pavement is repaired.

“We did quickly see that people were voting for multiple different projects in Van Cortlandt Park,” Taylor said. “So we figured that if they spread out their vote, that wasn’t going to be a way to get it.”

Van Cortlandt Park officials put the word out for park patrons to throw their support behind specific plans that officials knew would appeal to Parks Without Borders. With the empty areas and the rusted fence, the park’s entrance near West 242nd looked more abandoned than welcoming for the gem of the Bronx. Officials formulated a plan to make that area of the park into one that was inviting rather than one that might scare people off.

They used social media and email lists to recruit people to vote for specific aspects of the project. Even Manhattan College helped by encouraging students and employees to vote.

“To be one of the eight parks within the city to be selected was a very exciting thing for us,” Taylor said.

The city awarded eight parks a total of $40 million. Based on more than 6,000 online votes, the organization chose eight parks for showcase projects. Van Cortlandt’s funding was substantially more than the $2.4 million allocated for Brooklyn’s Prospect Park and the $4.5 million for Flushing Meadows Corona Park in Queens.

The nearly $5 million set aside for Van Cortlandt Park is a substantial sum, Community Board 8 parks and recreation committee chair Bob Bender said.

When it’s done by next summer, Taylor hopes the new features at the park will not only be enjoyed by more people, but also become something the community can feel proud of, since it was a result of their efforts.

“It was wonderful to have people who supported this project and asked for it,” Taylor said, “and who will now get to see it happen.”