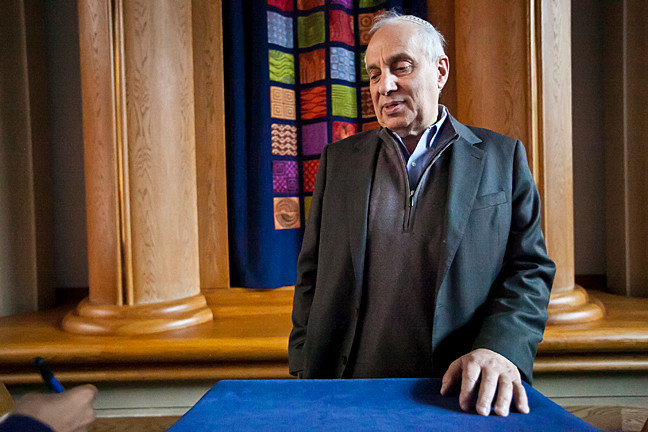 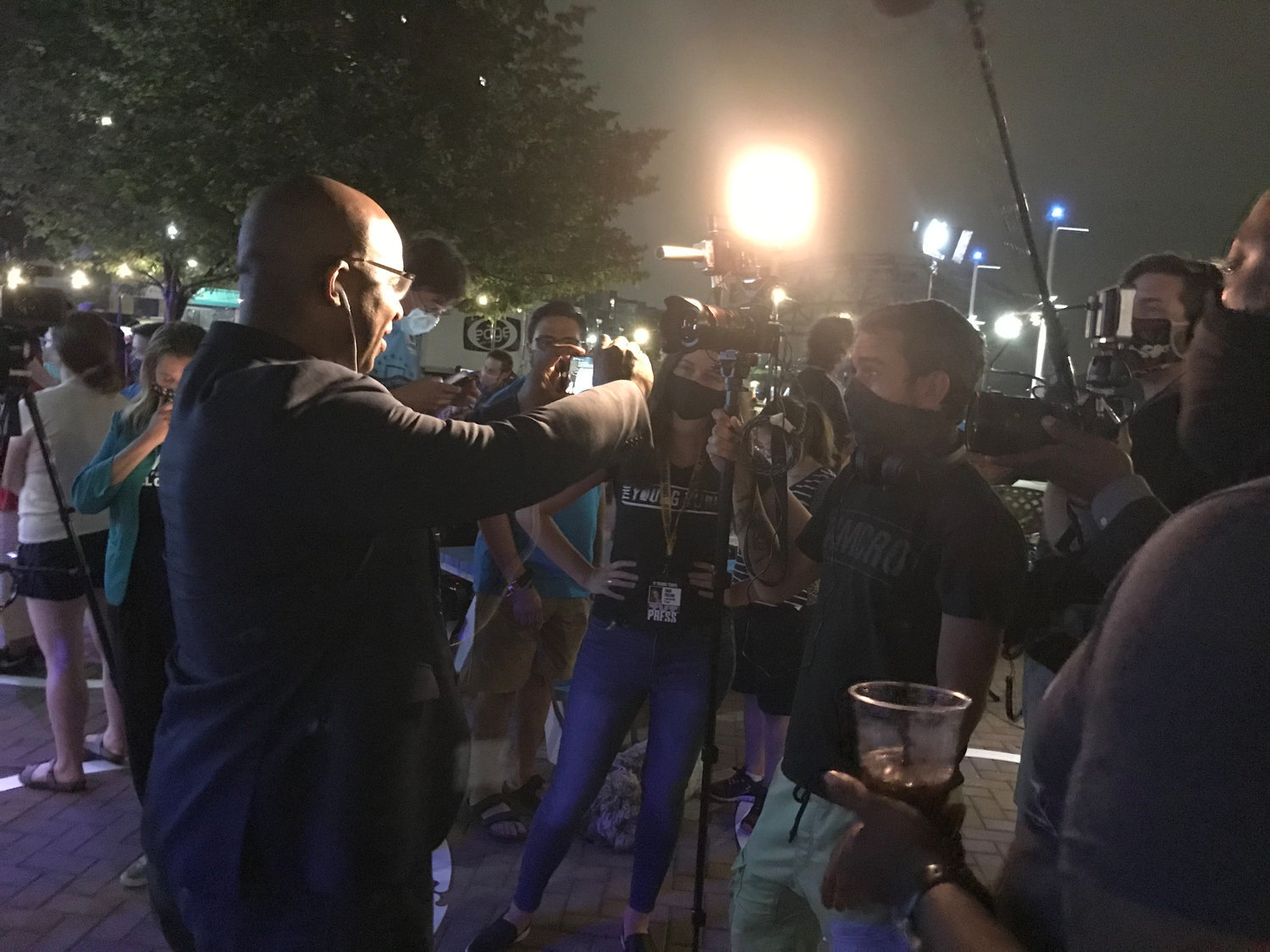 U.S. Rep. Jamaal Bowman said his now-deleted social media comments about vaccination in the West Bank was intended only to ensure such inoculations are free for everyone.
MICHAEL HINMAN / File 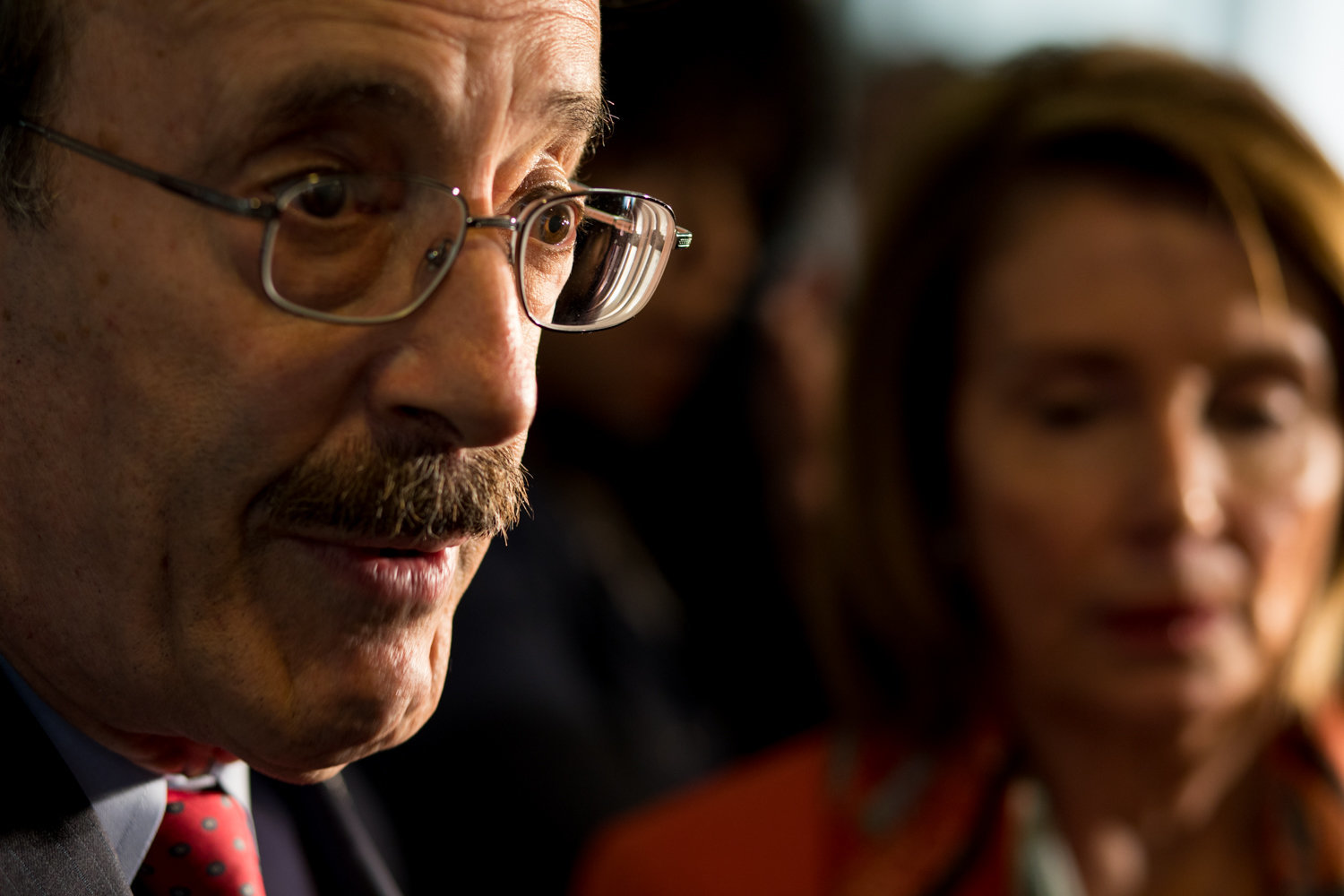 It's hard to forget the last time Avi Weiss and Jamaal Bowman exchanged views on Israel, considering it made national news. But the Hebrew Institute of Riverdale's founding rabbi isn't ready to give a pass to Bowman, a newly minted congressman or not.

Weiss drafted a new letter to Bowman this week, criticizing comments the congressman made about vaccination efforts for Palestinians living in the West Bank, more than 2,000 square miles of disputed land along the Jordan River.

In a now-deleted Tweet, Bowman called on Israeli prime minister Benjamin Netanyahu to "ensure that both Israelis and Palestinians have access to the COVID vaccine," according to The Times of Israel.  "This cruelty is another reminder of why the occupation must end."

Bowman responded to reports that the Israeli government said it would focus on its own people before reaching out to expanded territories, something Weiss says is actually how the Oslo II Accord — the peace agreement signed in 1995 between the Palestinian Authority and Israel over West Bank territory — dictates what should happen.

"The Palestinian government is party to the Oslo Agreement which, in Article 17, declares that it is responsible for the health of its citizens," Weiss wrote to Bowman. "When considering this just two years ago, the Palestinian Authority allocated $330 million to the families of terrorists — money that could have covered the cost of vaccines for all of their people. They bear responsibility."

Yet, Israel did try to lend a hand last summer, Weiss added — albeit indirectly. The United Arab Emirates offered to bring vaccines to the Palestinians living on the West Bank, but the authority refused it because the aid was coordinated by both the UAE and Israel.

"The authority feared that this coordination would be a step toward normalization between Israel and the Gulf states," Weiss said.

Instead, the West Bank turned to a vaccine offered by Russia — one of the first countries to offer such inoculations — which moved so fast through testing, many outside the country question its effectiveness.

"For the Palestinian Authority, politics outweigh their responsibility to their own citizenry," Weiss said.

In a statement to The Riverdale Press, Bowman didn't address Weiss' letter specifically, but instead said it was a "basic responsibility of government to shield people from the deadly coronavirus pandemic, and that is the work we must continue to do together."

"I believe every single human being is entitled to the COVID-19 vaccine free of charge," the congressman added, "regardless of their creed, color or means."

Bowman's original tweet appears to have been deleted Thursday morning around the same time he delivered his statement to The Press. A spokeswoman for his office wouldn't comment on the tweet's removal, except to point to Bowman's statement.

Toward the end of his letter, Weiss reiterated a recommendation he made in his last public correspondence to the congressman, that Bowman meet with Israeli representatives in New York.

"It would make sense to not only speak to the Israelis, but to New York Jewish leadership before making outrageous allegations about Israel's vaccine policy," Weiss said.

Once again, Bowman didn't address Weiss directly, but instead said in his statement that he "appreciates the perspectives that have been shared with me from constituents throughout the district, and I'm looking forward to continuing those conversations as we fight together to eradicate this virus from all of our communities."

In his original letter to Bowman last summer ahead of the Democratic primary, Weiss expressed concern the former Bronx public school administrator might not show the same level of support for Israel as his now-predecessor, Eliot Engel.

"Mr. Bowman, you have raised questions about Israel's human rights record and labeled Israeli prime minister Benjamin Netanyahu as an 'authoritarian,'" Weiss said. "However, Israel is the only democracy in the Middle East. It has just gone through its third election in 18 months. Yet, you've said nothing about the Palestinian Authority, whose president — Mahmoud Abbas — is now in this 12th year of a four-year term. Will you similarly label Abbas as authoritarian?"

Bowman, at the time, reaffirmed his belief that Israelis had the right to live in safety and peace, "free from the fear of violence and terrorism from Hamas and other extremists."

"I also believe that Palestinians are entitled to the same human rights, safety from violence and self-determination in a state of their own," Bowman said in his response last summer. "I oppose Prime Minister Benjamin Netanyahu's move toward annexation, increase settlement expansion, and racist rhetoric toward minorities. I will defend democracy and human rights for all, and I believe that our government should play no role in encouraging activities that undermine a two-state solution and peace, security and freedom for both the Israeli and Palestinian people."

The last time Weiss and Bowman corresponded, it made national news.  While it seemed it might open the door for more dialogue between the two, the rabbi says there's still a lot both will need to work through during Bowman's first term in Washington.

"I so much want to work with you, but along with thousands of your constituents, am proud of Israel's record," Weiss said. "We will continue speaking out, yes — truth to power, from simple citizens — to you, Dr. Bowman, who now sits as a powerful politician: a U.S. House Representative."

Paraphrasing the prophet Isaiah: "For the sake of Israel and 'the sake of Zion, I will not be silent.'"

Bowman remains critical of Israel
An open letter to Jamaal Bowman
Bowman to Weiss: We have so much to learn from each other
Bowman, Weiss debate Israeli policy through public letters

There is no place like home at Manor Towers