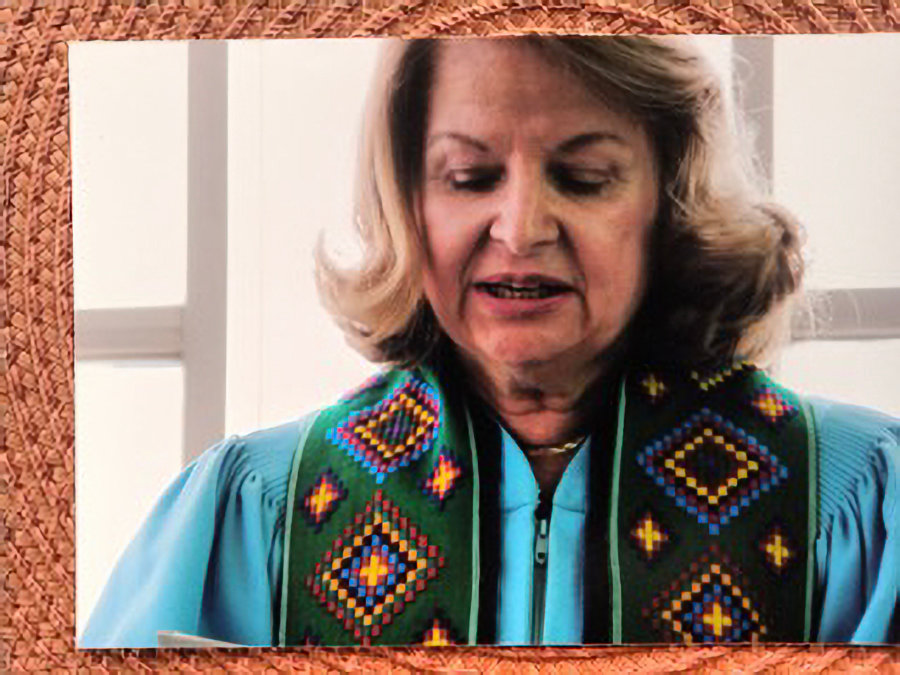 She was one of the first female ministers in New York City. She was mentored by Norman Vincent Peale. After a career as a director of Christian education at the Fort Washington Collegiate Church in Manhattan, she was ordained by the United Church of Christ where she was placed in a yoked congregation in Fort Lee, New Jersey, serving the Moresmere Community Church and the Grantwood Church for more than two decades.

She was born in 1933 in Warren, Ohio, the third daughter and fifth child of Greek immigrant parents. Originating from the island of Samos in Greece, her family immigrated to the United States through Ellis Island.

In New York City, her family found enclaves of Greek families, with Greek being the language of their home. She went to the local public schools of upper Manhattan and graduated from George Washington High School. In her young adult years, she supported her widowed father by working as an entry-level doctor’s assistant.

She knew her husband from her childhood, and once Charlie returned from the Korean War, they were married. They welcomed their daughter, Lori Perkins, a year later, and had their son, Richard Perkins, four years later.

Always pushing herself forward, she went back to school and graduated from Lehman College with a teaching degree. She later pursued and graduated with three master’s degrees — a religious counseling degree from the Blanton Peele Institute, a master’s in theatre from New York University, and a master’s of divinity from Union Theological Seminary.

As a seminary student, she served as chaplain at Bellevue Hospital as one of the first to minister to AIDS patients during the early crisis.

In her retirement, she spent many joyous vacations with her daughter and grandson Max in their favorite “home away from home” in Belfast, Maine, where her husband’s mother was born. She also traveled to spend time in California with her son, Richard, and daughter-in-law, Jackie, spoiling her West Coast grandchildren, Charlie and Caroline.

She is survived by her daughter, Lori Perkins, the publisher of Riverdale Avenue Books; her son, Richard Perkins, a Los Angeles-based writing teacher, and her grandchildren, Caroline and Charlie Perkins, and grandson, Max Jimenez.

A memorial/celebration of life will be held in February at the Fort Washington Collegiate Church.