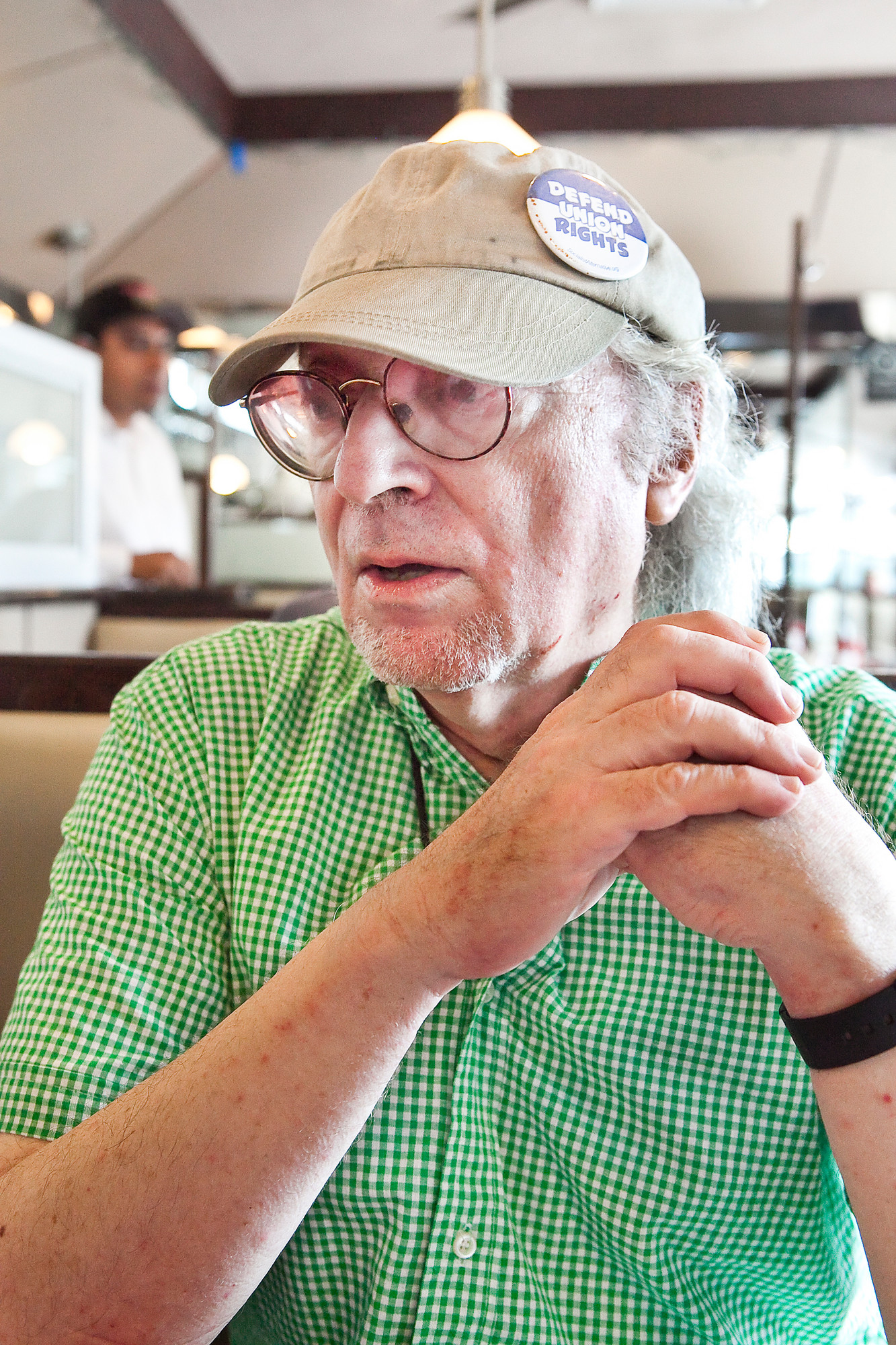 John Reynolds, who is running for City Council District 11 on the Green Party line, discussed his platform with ‘The Press’ at Tibbett Diner on Monday.
Marisol Díaz/The Riverdale Press
By Sarina Trangle

As the Kingsbridge resident embarks on the Green Party’s first foray into a City Council District 11 race, he is billing himself as an anti-establishment candidate proudly admitting that he has no political experience.

The semi-retired IT and management consultant is one of three candidates not vying for the Democratic backing in the Sept. 5 primary.

Though he was hesitant to stray from campaigning for Green Party giants like Ralph Nader and run for office in 2010, Mr. Reynolds said he was motivated to enter they race by what he perceived as widespread political corruption and an opportunity to propose radical reform.

Now, he proclaims his bid for public office is out of duty, not desire.

“I didn’t even want to run this year, but I felt I had to because there was a vacuum, a lack of anyone standing for the kind of ideas I believe in,” he said.

Mr. Reynolds also felt obligated to run in an effort to prevent other candidates from “hijacking” the party line through petitioning and primary loopholes since the Green Party regained ballot status.

New York State law dictates that a party can achieve official ballot status for the following two-year election cycle if its candidate for governor receives at least 50,000 votes. The Green Party was a recognized party after the 1998 election, but failed to meet the 50,000 required votes in the 2002 and 2006 elections. In 2010, however, Howie Hawkins received 59,906 votes.

The Bronx County Green Party, which was founded in 2007 by Bronx Greens, is backing several candidates running for public office this year.

Mr. Reynolds pledges to create a single-payer Medicare plan at the municipal level and push through bills prohibiting discrimination against workers based on their credit history and employment status.

He would also fight to pass a resolution calling for the closure of the Indian Point Nuclear Power facility and push for the state’s approval of the women’s reform agenda that stalled in the last legislative session. Procuring a statewide ban on hydraulic fracturing —a technique used to extract gas by pumping a water and sand mixture into the ground to break up rocks — is also part of his agenda.

Eliminating stipends given to Council members for leadership positions would help such progressive bills pass, Mr. Reynolds argued. He believes stipends, commonly referred to as lulus, have long served as a mechanism for the Council speaker to control lawmakers and deter them from supporting workers’ rights.

Mr. Reynolds opposes mayoral control of schools, along with the emphasis on standardized testing and disapproves of charter schools, particularly those housed in buildings with district schools.

“The mayor has been on a campaign to shut down what he calls failing schools,” Mr. Reynolds said. “Much more attention has to be paid to saving, turning around the schools.”

Though Mr. Reynolds conceded he lacks experience with community groups in the northwest Bronx and has little knowledge of local land use, zoning laws and other property issues, he said using participatory budgeting - enlisting neighborhood groups and residents in voting for how they want discretionary funding spent – would provide him with a crash course in community priorities.

“People can and should speak up for themselves as for what their needs are, rather than some politician making a determination for them,” Mr. Reynolds said.

On principal, Mr. Reynolds isn’t participating in the public financing program. The city contributes $6 per every $1 donated to the campaign of candidates receiving at least $5,000 from 75 or more district residents, with up to $175 from each contribution counting towards the $5,000 threshold and corresponding matching funds. Mr. Reynolds said he believes the program has failed to achieve its purpose of helping independent candidates compete and instead serves to bolster the war chests of those vying for office on major parties’ lines.

So far, his campaign is “running on empty,” but he aims to collect enough for a big media push in October to remind voters that the election doesn’t end with the Democratic primary on Tuesday, Sept. 10.

“The primary isn’t the last word,” he said. “The real election is going to happen Nov. 5.”