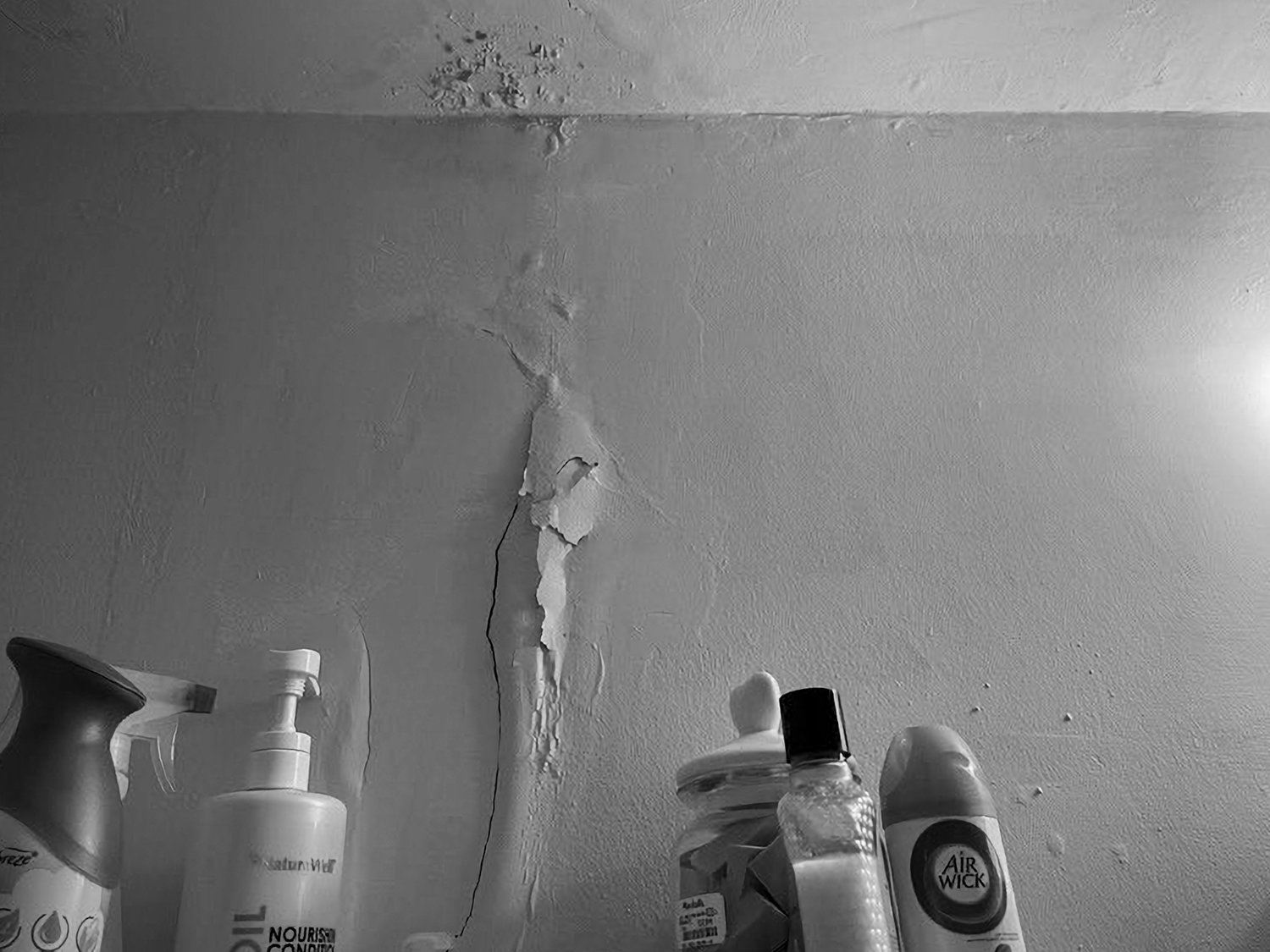 Conditions have worsened at 1187 Anderson Ave. since tenants initiated a lawsuit for court-mandated repairs against Isaac Kassirer and the city housing preservation and development agency in May. 'I had an infestation of bedbugs in my apartment with my elderly mother and I couldn’t sleep in my room,' said tenant leader Mercedes Escoto. 'This causes you to get depressed.'
Courtesy of Community Action for Safe Apartments
By Abigail Nehring

New York landlords can no longer impose surcharges on rent-regulated tenants who install their own air-conditioners after a bill sponsored by state Sen. Robert Jackson and Assemblyman Jeffrey Dinowitz was signed into law by Gov. Kathy Hochul Nov. 21.

Previously, landlords could impose a $5 monthly fee on rent regulated tenants who used an air conditioner, even if they installed it and paid the electricity bill themselves. Multiple air conditioners in the same unit could rack up separate fees.

“If someone goes out and buys their own air conditioner, and then they install it themselves or pay someone to install it themselves, and they pay for the electricity to power the air conditioner, then why should the landlord get money for doing nothing at all?” said Assemblyman Dinowitz. “This is a common sense bill, and I am pleased that Governor Hochul has signed it into law.”

Dinowitz and Jackson have collaborated on pro-tenant legislation in the past, including a 2020 bill that imposed a 60-day deadline for landlords to make repairs ordered by a judge in housing court.

“Programs that reduce costs for rent-burdened New Yorkers are essential,” said Sen Jackson. “This bill will end the landlord’s practice of charging tenants a fee for installing A/C units. Fees for tenant-installed appliances are ridiculous. They merely serve as back-door mechanisms for landlords of rent-stabilized buildings to raise their profits. Eliminating non-rent fees will help reduce the strain New Yorkers feel every day.”

Tenants at 1187 Anderson Ave. in Highbridge announced a rent strike in December, joining their neighbors at 1230 Woodycrest Avenue to demand their landlord immediately repair hazardous conditions in their building.

There are currently 169 housing violations at the Anderson Avenue building. In May, the tenants sued for repairs.

“We have decided as a building that we will be withholding rent from the landlord because we will not be paying for something that is not to our living standards,” said Samantha Diaz, a longtime resident in the building.

Earlier this year, the New York division of homes and community renewal — the state’s affordable housing agency — denied real estate investor Isaac Kassirer of Emerald Equity Group’s application to deregulate hundreds of tenants in six Bronx apartment buildings and ordered the owner to issue rent-stabilized leases to all of them.

They have since continued to fight for Emerald Equity Group to fix chronic leaks, mold, holes in the walls, damaged floors, bedbugs, and a lack of security in their homes.

“Tenants should never find that – despite paying their rent – they are deprived of the most basic services that their families need and deserve,” Joyner said when the rent strike began Dec. 6. “I strongly support the tenants of 1187 Anderson Avenue as they assert their rights and stand-up against the unscrupulous practices of Emerald Equity Group.”

Housing court watchers are reacting to the shortlist for New York’s next chief judge after the New York judicial nomination commission released its list of seven candidates for the chief judge vacancy on New York’s Court of Appeals Nov. 23. Among the nominees is acting chief judge Anthony Cannataro, who has held the position since chief judge Janet DiFiore’s resignation in August.

Last month, tenants disrupted “An Evening with the Acting Chief Judge of New York” sponsored by the New York Bar Association, a panel event at the Park Avenue offices of Foley & Lardner. They stood from their chairs one by one and demanded Cannataro adjourn eviction cases in New York City housing courts where eligible tenants have been denied access to free legal counsel as required by the city’s 2017 Right to Counsel law.

An analysis of court calendars in the city’s housing courts shows fewer than half of tenants facing eviction this year have retained a lawyer, and courts are actually moving cases through to resolution faster than before the pandemic.

“The courts have not simply reverted back to their old way of operating, they’ve gone a step further by actively violating tenants’ right to counsel instead of using their power to slow down cases, uphold RTC and protect tenants’ rights,” the NYC Right to Counsel Coalition wrote in statement following the nomination commission’s announcement. “The crisis unfolding in NYC Housing Courts can’t be overstated. It’s so deeply unjust and so absolutely outrageous it’s almost unbelievable. But it’s real and it’s devastating, and it is happening on Judge Cannataro’s watch.”

The commission’s nominees are:

• Edwina G. Richardson-Mendelson, deputy chief administrative judge for Justice Initiatives, judge of the Court of Claims and acting justice of the Supreme Court

Gov. Hochul is required to make her appointment from among the list no later than Dec. 23.