The solution to parking struggles? Get rid of cars 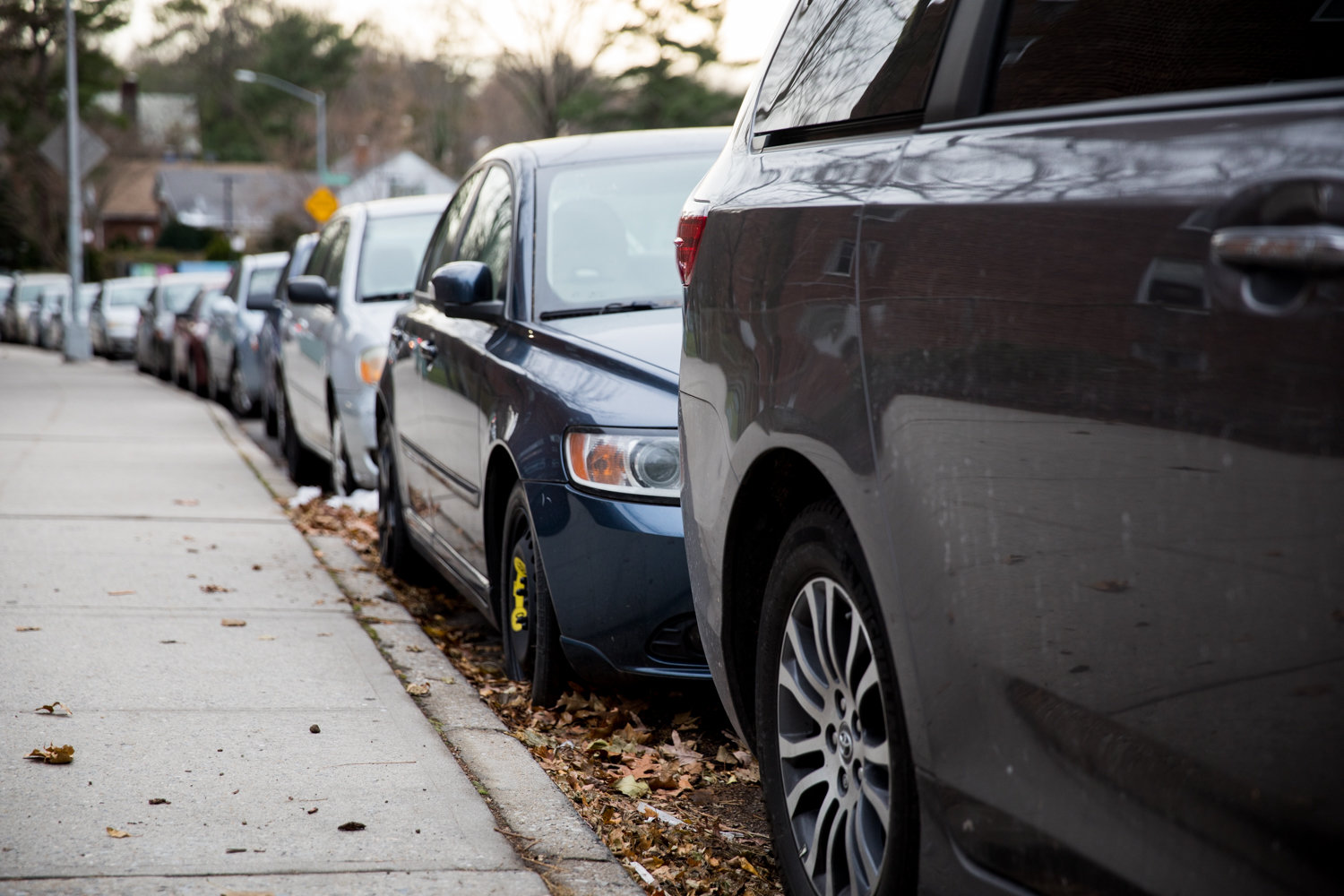 Cars are parked along Arlington Avenue between West 256th and West 259th streets, a stretch of road that can be occasionally difficult for finding a spot to leave your car behind.
JULIUS CONSTANTINE MOTAL 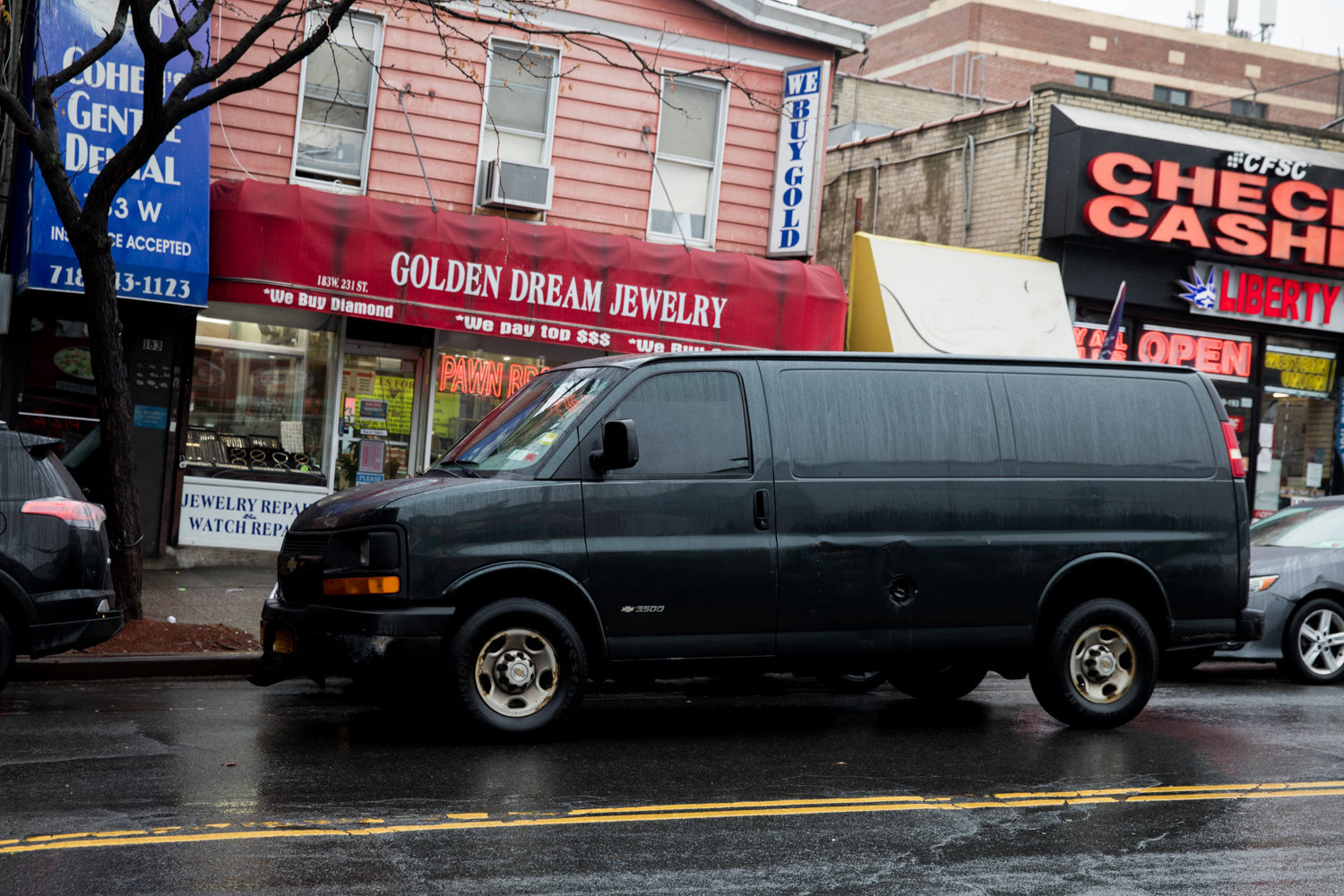 A van is double-parked on West 231st Street just off Broadway. The northwest Bronx is a hotbed of parking problems.
JULIUS CONSTANTINE MOTAL 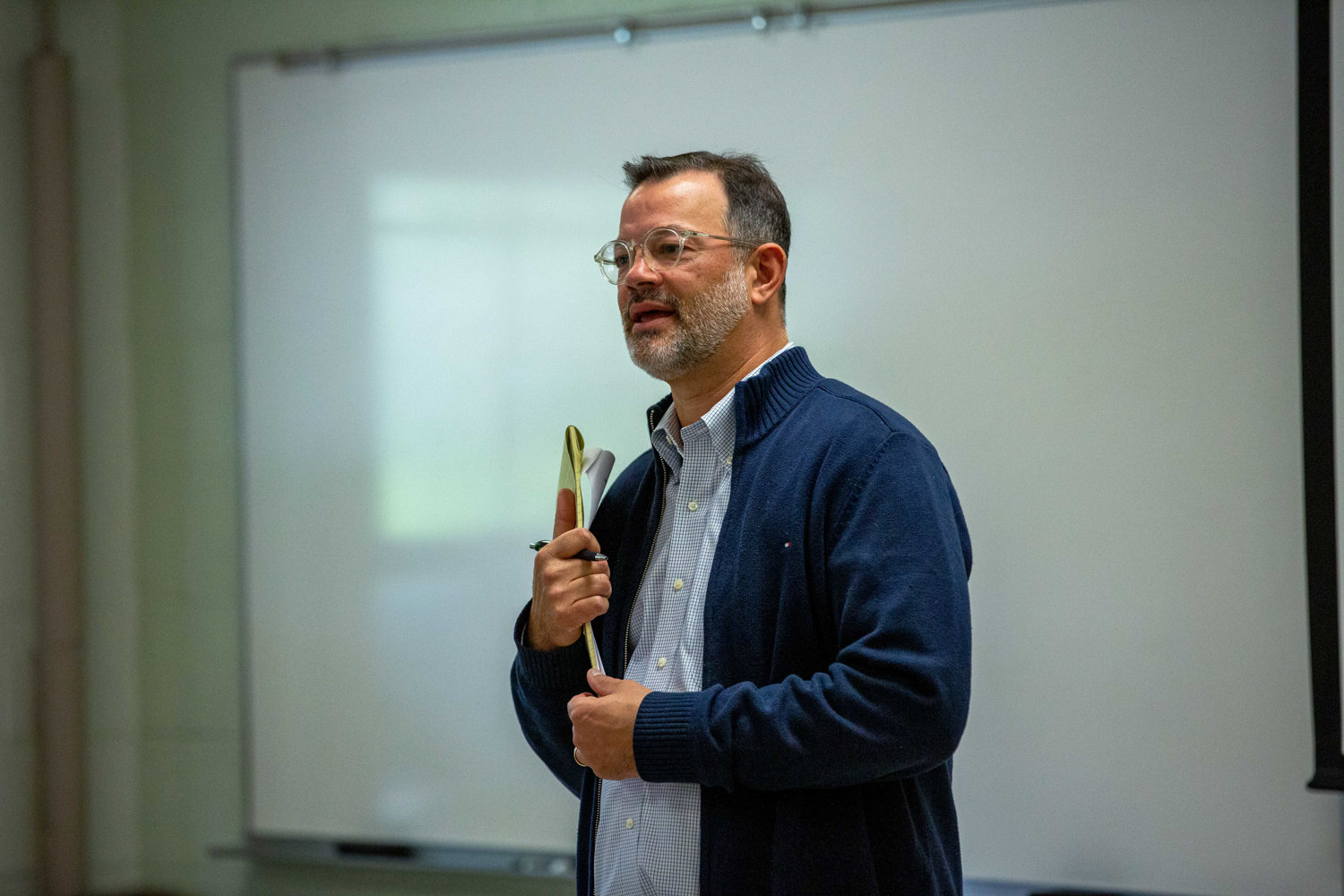 Councilman Andrew Cohen feels there isn’t a way to make parking better aside from reducing the number of cars that are on the streets in the first place.
EIAN KANTOR / File 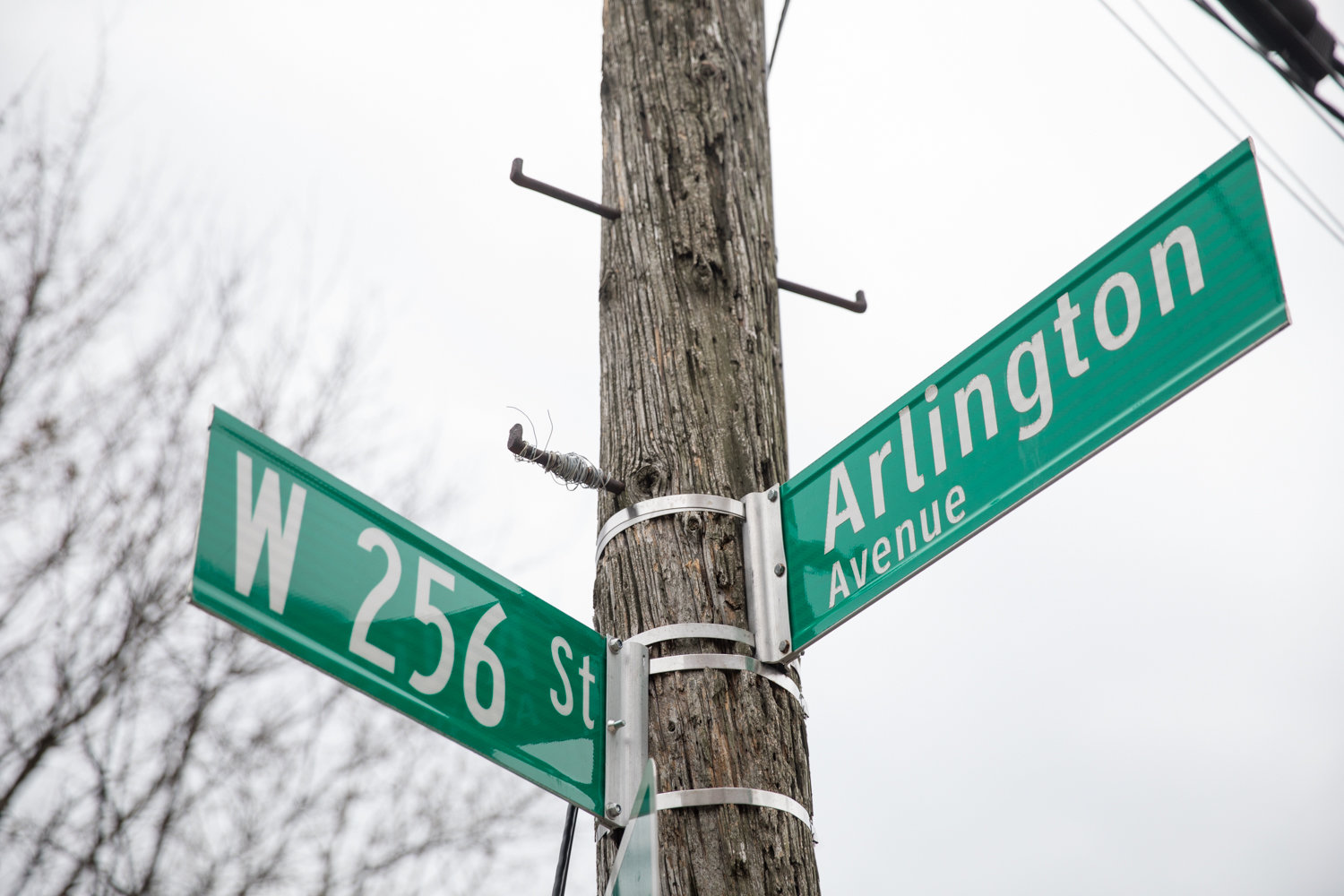 Arlington Avenue can be an occasionally difficult stretch of road for drivers looking for a parking spot.
JULIUS CONSTANTINE MOTAL 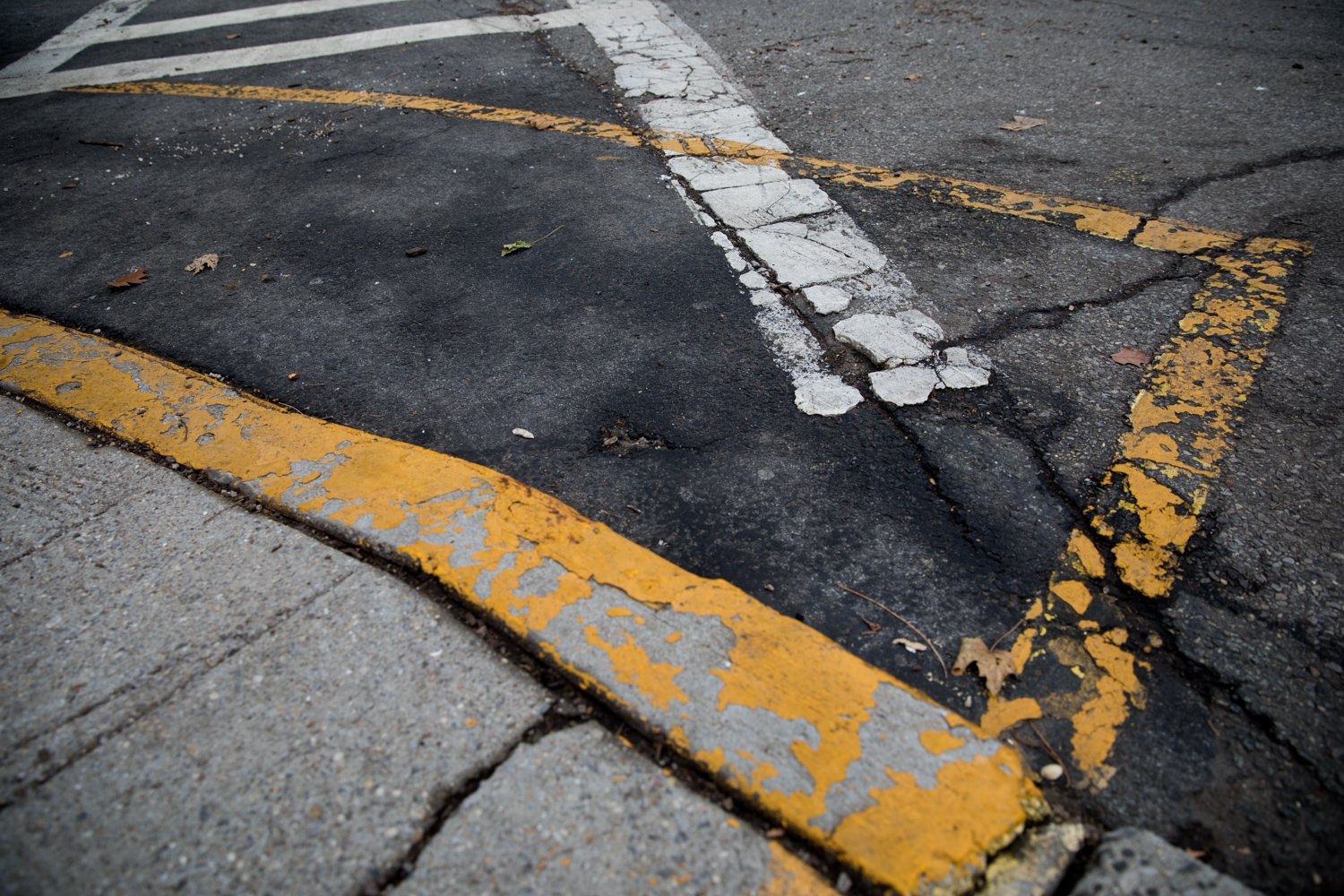 Yellow markings at a crosswalk along Arlington Avenue indicate where cars should not park.
JULIUS CONSTANTINE MOTAL
Previous Next
By KIRSTYN BRENDLEN

Parking in this part of the Bronx is contentious. And that’s probably an understatement.

When the city’s transportation department brings projects to Community Board 8’s monthly traffic and transportation meetings, one of the first issues that seemingly always comes up is parking.

Like the enhanced crosswalks at Hudson Manor Terrace between West 236th Street and West 239th Street, slated to remove 14 parking spaces last year. That brought neighbors out to two separate traffic and transportation meetings, even prompting one resident who depends on parking to collect some 150 signatures on a petition in an effort to reverse the enhanced crosswalks.

“It’s very challenging across the entire city,” Cohen said. “We don’t have any subways in Riverdale, but I also represent Norwood, and even (for) people who live by the 4 train, the D train, it’s parking, parking, parking.”

In the city, though, those households are more compact. Rural and suburban car owners often have either a garage or a driveway, if not both. Apartment dwellers, on the other hand, may not have a dedicated space for their vehicles, so they have no choice but to leave them on the streets. It’s the same in shopping districts like Riverdale Avenue, Broadway and Johnson Avenue. Parking lots and garages are few and far between, so cars must be parked on the street while their owners work or shop.

That can cause problems, though, for pedestrians and cyclists who are also trying to use public streets. Drivers in the northwest Bronx and throughout the city often double-park, forcing cyclists and other vehicles trying to get through to merge into another lane, often unexpectedly. Worse, for bikers is coming upon a car parked illegally in the bicycle lane, which forces the biker to move into the car traffic lane.

“Double-parking is treated as necessary, implying that businesses are sustained by illegal double-parking, which is a premise I reject,” said Michael Kaess, a Bronx resident and advocate for improving walking and cycling conditions in the city.

Crowded business districts in the borough are often subject to double-parking as legal curbside spaces fill up.

Melanie Martinez, a manager at Popcorn Pawz on the busy stretch of Riverdale Avenue between West 236th and West 238th streets, says her clients often struggle to find a legal parking space.

“I do know that it’s a very stressful situation, especially with my clientele,” she said. “They do tell me that sometimes the delay in their appointments is due to the fact that there’s not too many areas where they can find a space.”

Many of her customers are bringing animals to the store, and are more likely to drive, she said. Some who live along Broadway and have easy access to buses will take them up to the store, but a customer choosing to drive and then struggling to find a parking space is much more common.

Kaess keeps an eye on interesting meeting schedules around the borough, and will sometimes make a trek to attend those meetings — including an October gathering of CB8’s traffic and transportation committee, where the Hudson Manor Terrace parking was discussed.

Parking is a frequent topic, Kaess says, particularly at the community boards.

“I would say that most of the people on the board are privileged, and more likely to own a car,” he said. “If you’re a daily bus rider, or you have a lot of jobs, it doesn’t really give you opportunities to attend meetings at the times they have them.”

The city should be better at managing its curb space, Kaess added. That includes increasing the number of loading zones, so trucks don’t have to double-park while making pickups or deliveries in heavily trafficked areas.

There’s also too much free street parking, Kaess said. And what is metered is under-priced, doing little to discourage people from taking their cars into business districts.

“Parking should be priced to encourage turnover so that there will be more available spaces so people do not feel the need to illegally double-park,” Kaess said.

On West 231st Street, a busy thoroughfare lined with stores and restaurants between the similarly busy stretches of Riverdale Avenue and Broadway, meters allow parking for one hour at just $1.

Cohen said he’s received complaints from business owners on West 231st about cars with special parking permits being left in these short-term spaces all day. And in sections of the northwest Bronx without alternate-side parking rules, some cars are left unattended for weeks, or even months.

Daily commuters from Westchester and other nearby counties drive into Riverdale and Kingsbridge and park during the day, Cohen said, while they take subways and buses to their jobs in other boroughs.

“I personally don’t think you can build your way out of this problem,” Cohen said. “Public transportation and mass transit is the key. Making it more accessible is going to be the key going forward. I just don’t see how you can add car capacity to the City of New York.”

Kaess agrees, suggesting he would like to see parking minimums — which force new developments to provide a certain number of spots — eliminated, while reducing “guaranteed parking” in public spaces.

“The street is a public space, we give it away for free to store private vehicles,” Kaess said. “I can’t just start putting my furniture out onto the street and expect it to remain there. But for cars, we make an exception.”