Sisters inspire to use computer science to solve problems 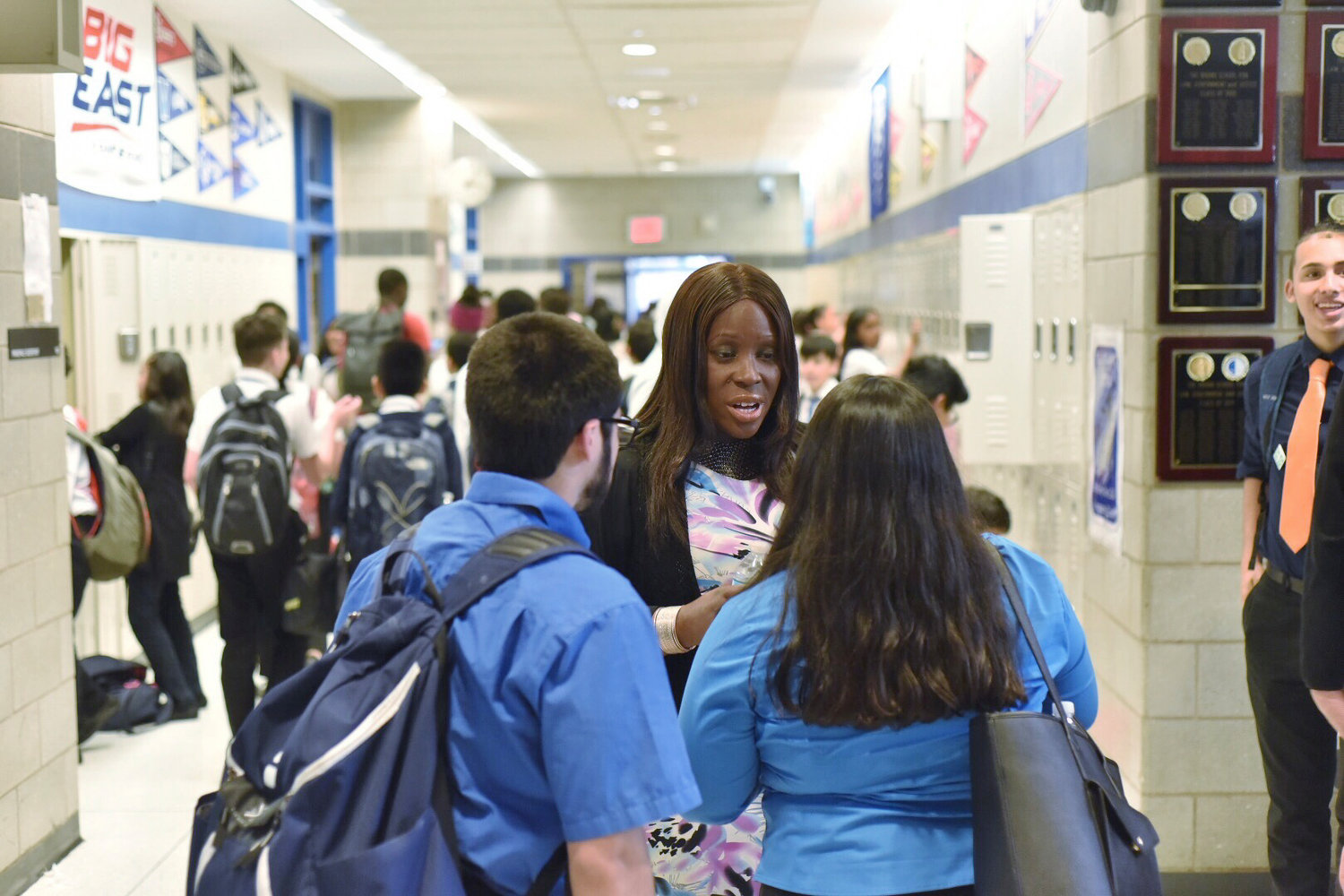 The term “hackathon” can sound misleading, especially when it involves high school students. But this particular event doesn’t engage in malicious hacking. Instead, it really improves or tries to fix a situation that coders see in their neighborhood.

After a successful hackathon at Horace Mann School in 2021, this year more than 100 participants competed in an online week-long event that began on Dec. 5 and ended Dec. 11, with an emphasis on spreading awareness of community disparities through technology. Winners will be announced Dec. 17.

Hack the Bronx, founded by three sisters at Horace Mann School, aims to help students create an idea and implement it. In addition to the school, it was co-hosted by borough president Vanessa Gibson, the Alexander Capelluto Foundation and Stack Overflow.

Twins Charlotte and Caroline Willer-Burchardi and their older sister Sophie received a $1,500 grant from the Alexander Capelluto Foundation that covers their prize costs.

Winners and runners-up will either receive a $500 Amazon gift card, headphones, and more. Stack Overflow handled all the sisters’ merchandise that was given to participants.

The sisters reached out to local officials to help expand their dream after watching the 2021 hackathon.

“And then after, they can continue to participate in these hackathons to win prizes and learn more about computer science.”

Sophie told The Riverdale Press that without exposure to the school hackathon, they wouldn’t have known there was a big community of people who enjoy coding. Especially when it gains to help others.

Through software and digital tools, students work together to improve their neighborhoods.

“A really critical part is allowing people to hand in something that’s not fully finished. But being able to recognize that idea and push that implementation,” Sophie said.

The sisters served as some of the judges. And the first thing they judge is feasibility. The second is the speed of the project and the function — which determines if the implementation actually works. Charlotte said while judging, everyone questions whether the project can be implemented in the community.

“In terms of design, what we really want to see is a platform user are familiar with and know how to use,” Charlotte said. “Something that is user-friendly and creates an easy experience.”

Last year’s winning programmers created DigiQ, a website or application that allows community users to wait in line digitally. Community members create a QR code and can view their position in physical lines so they can do other errands as they wait.

The project is a new way to make waiting in line a little bit easier.

The girls want to encourage all types of coders to join the competition, whether they have dabbled in coding or not.

Participants are split up into groups of beginners, intermediate, and experienced to tackle different abilities.

“What’s really great is that all of these categories will be considered for the best idea award, so that’s completely regardless of the complexity of their code,” Sophie said.

Gibson was impressed with what she saw during the hackathon.

“Our youth have so much potential, and when given the tools to succeed, they will excel,” Gibson said