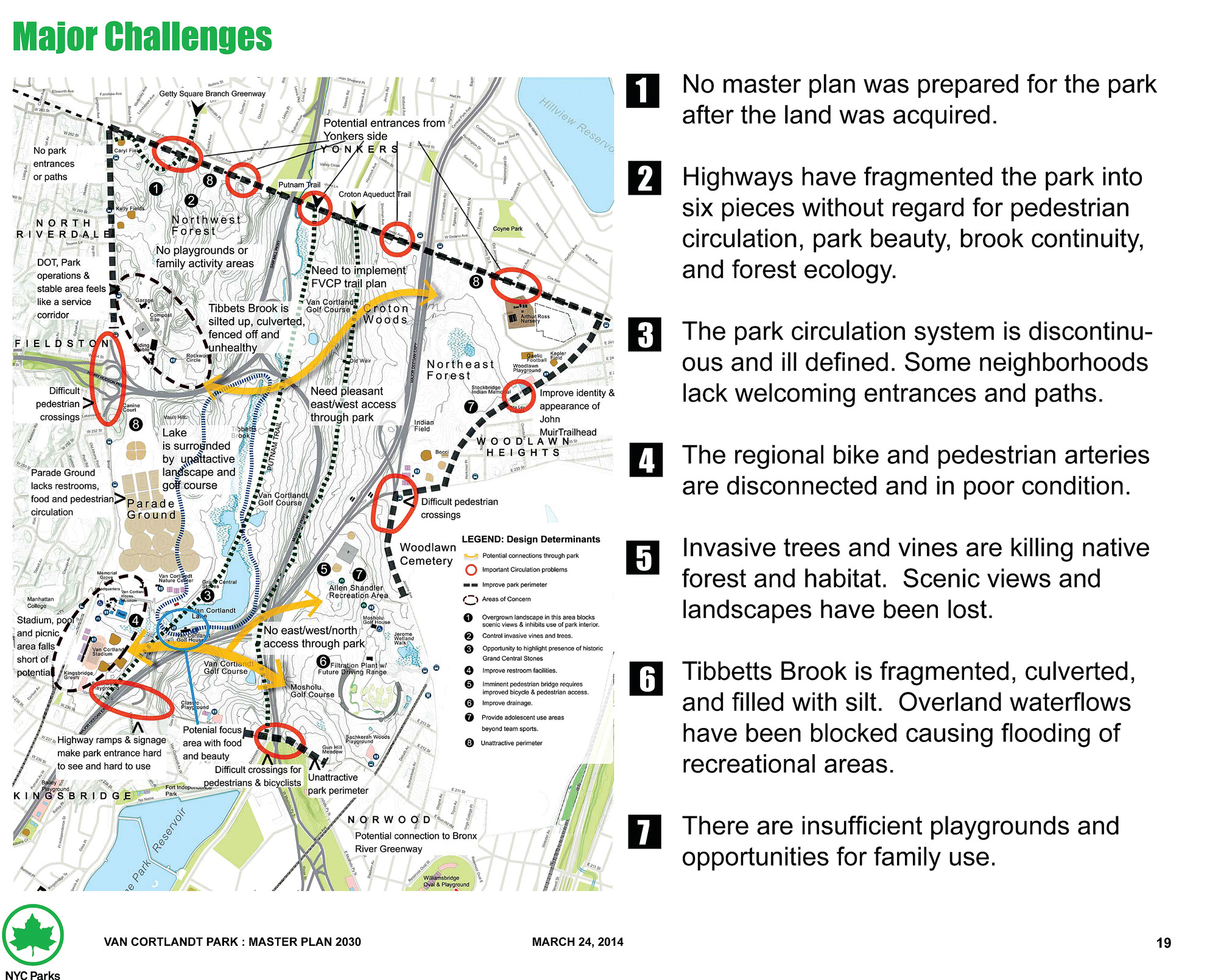 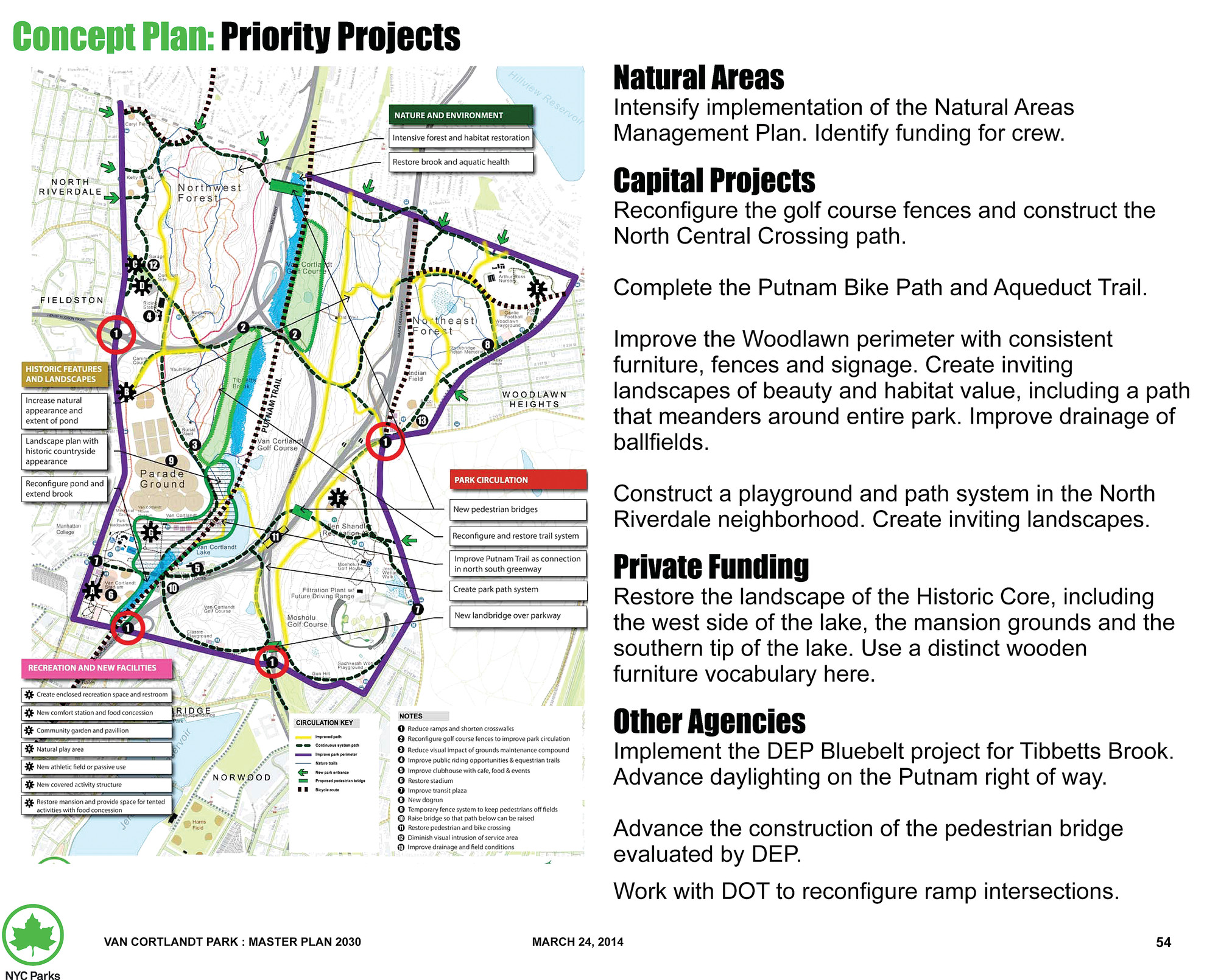 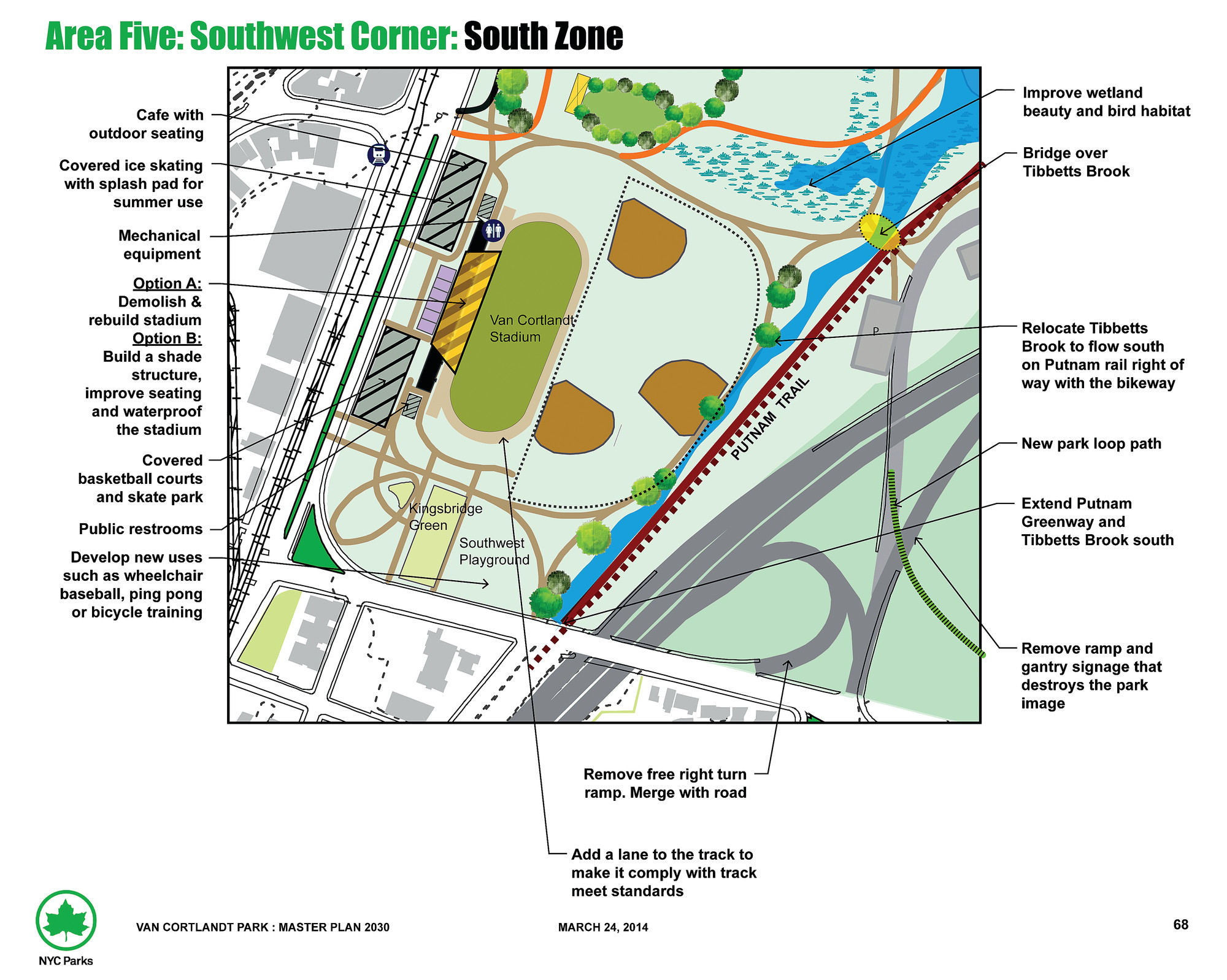 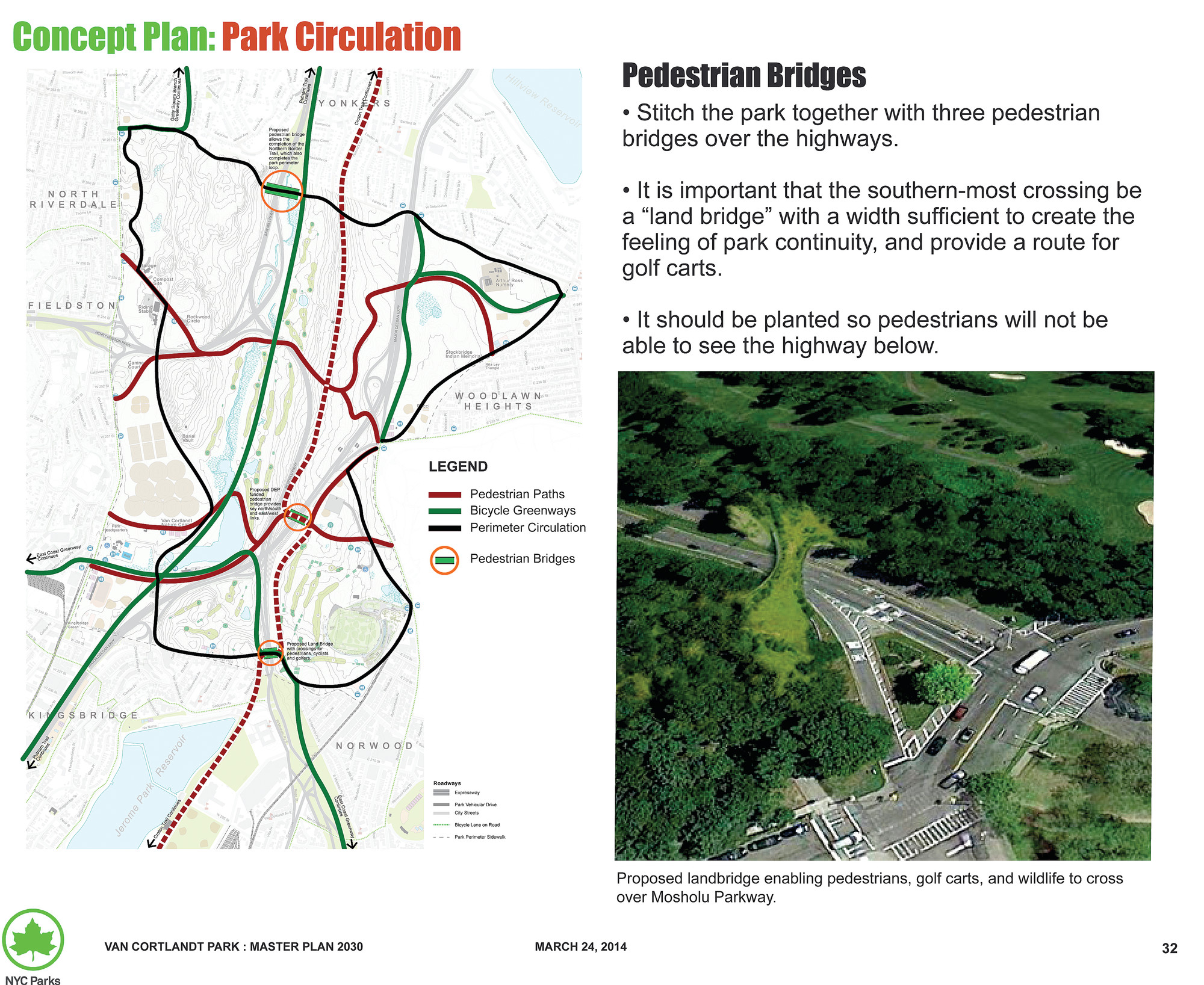 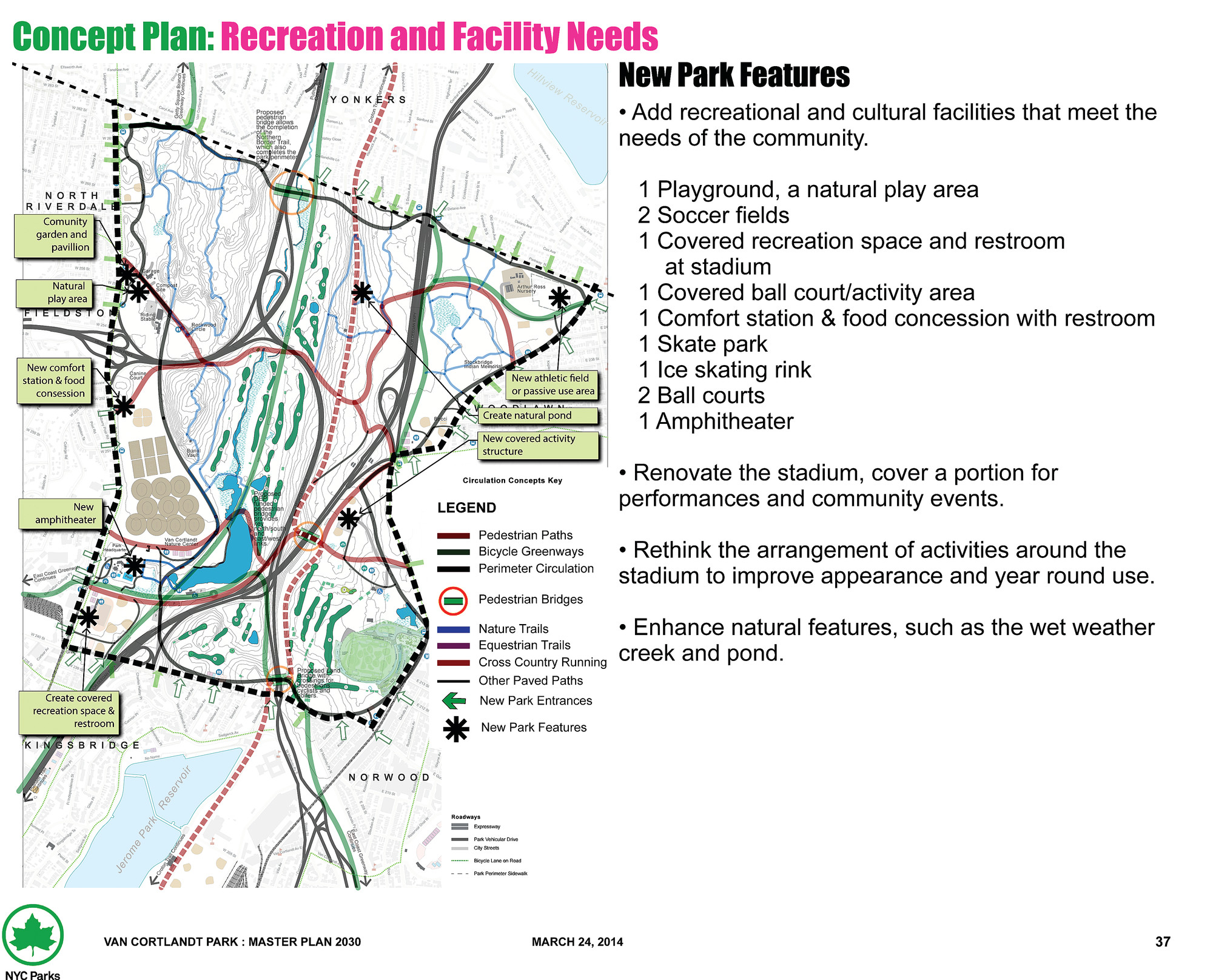 The site that Frederick Law Olmsted once declared to be more naturally beautiful than Central Park itself will soon be getting an upgrade.

At Community Board (CB) 8’s Parks and Recreation meeting on March 26, the Department of Parks and Recreation’s principal urban designer, Charles McKinney, unveiled his agency’s latest draft of a 20-year master plan for Van Cortlandt Park. (You can find the entire 76-page document here.)

Mr. McKinney presented the first draft of the plan at a meeting last October, after over a year of interviewing community members and planners to ascertain concerns of park-goers.

With the plan, the first of its sort since the Van Cortlandt estate was purchased by the city in 1888, he set out to address a list of pressing issues including a lack of welcoming park entrances, a dearth of playgrounds and a system of disconnected pedestrian and bike pathways.

The plan also addresses invasive trees and vines wreaking havoc on the park’s ecosystem and views. Norway maples already dominate nearly 150 acres and could conquer another 50 by 2032 if there is no intervention. Invasive vines could overtake 30 acres in addition to the parts of the park they have already cornered.

Flooding caused by blockage in Tibbetts Brook and the overall aesthetics of the park, which has been fragmented by three major highways passing through, were also addressed.

The park revamp will “daylight” Tibbetts Brook. Currently, water from the rivulet goes through the sewer to Randall’s Island, where it drains through the sewage plant. When there is heavy rainfall, raw sewage is dumped into the East River.

At the meeting, Mr. McKinney presented a photo of a narrow, overgrown path between a highway and the park’s golf course fence, through which pedestrians are currently forced to squeeze when they cross the park.

“Would this happen in Central Park?” he asked. “Of course not.”