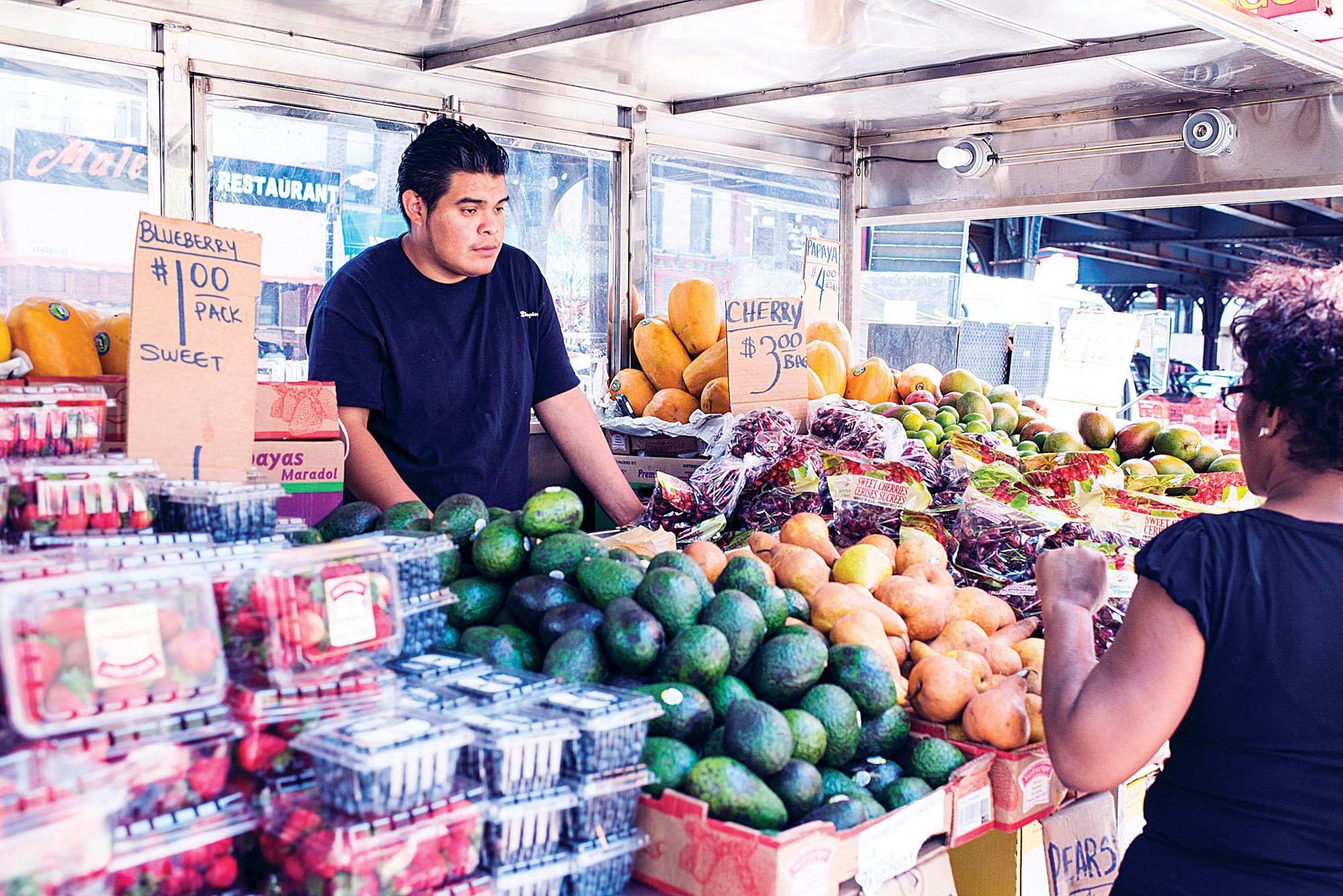 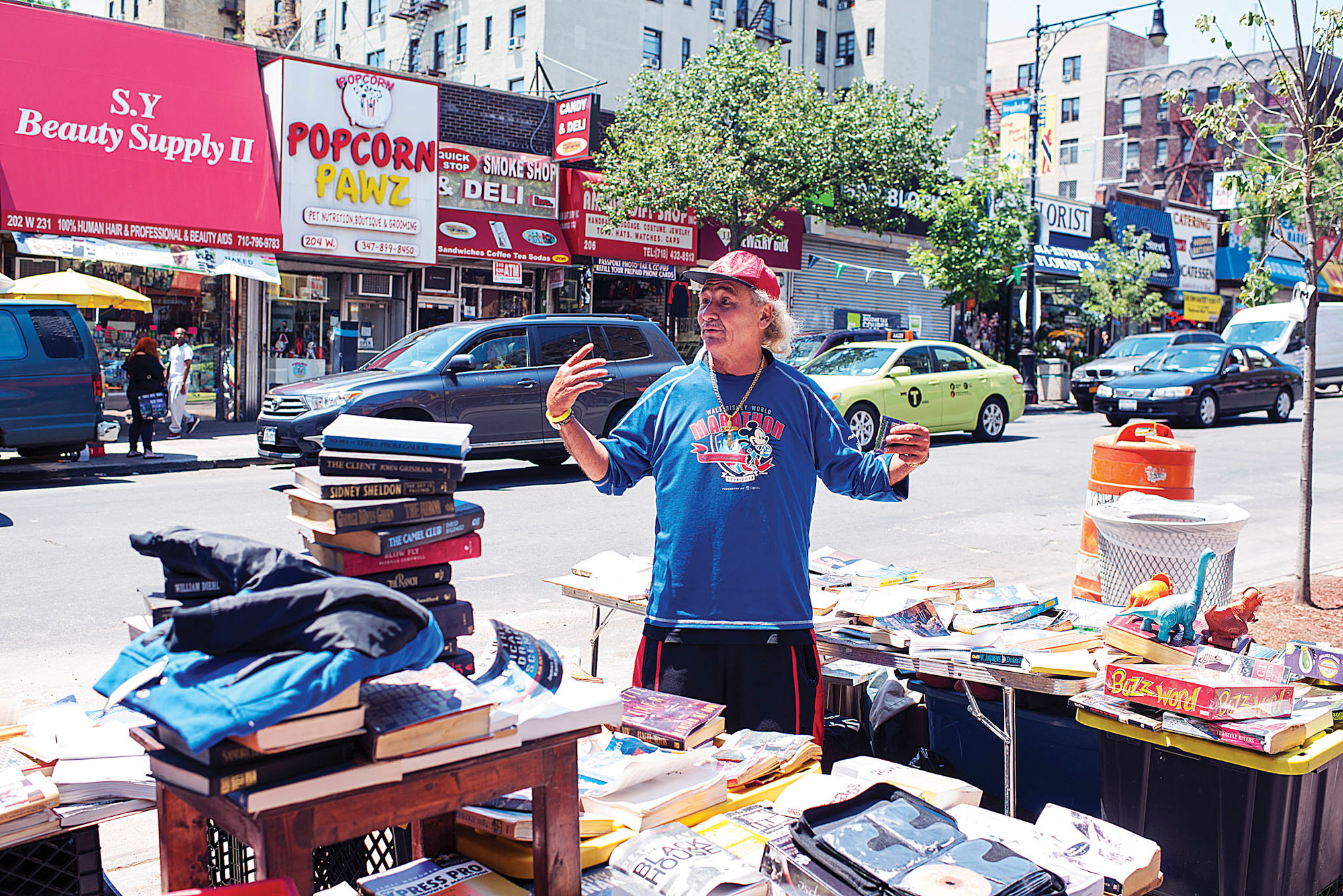 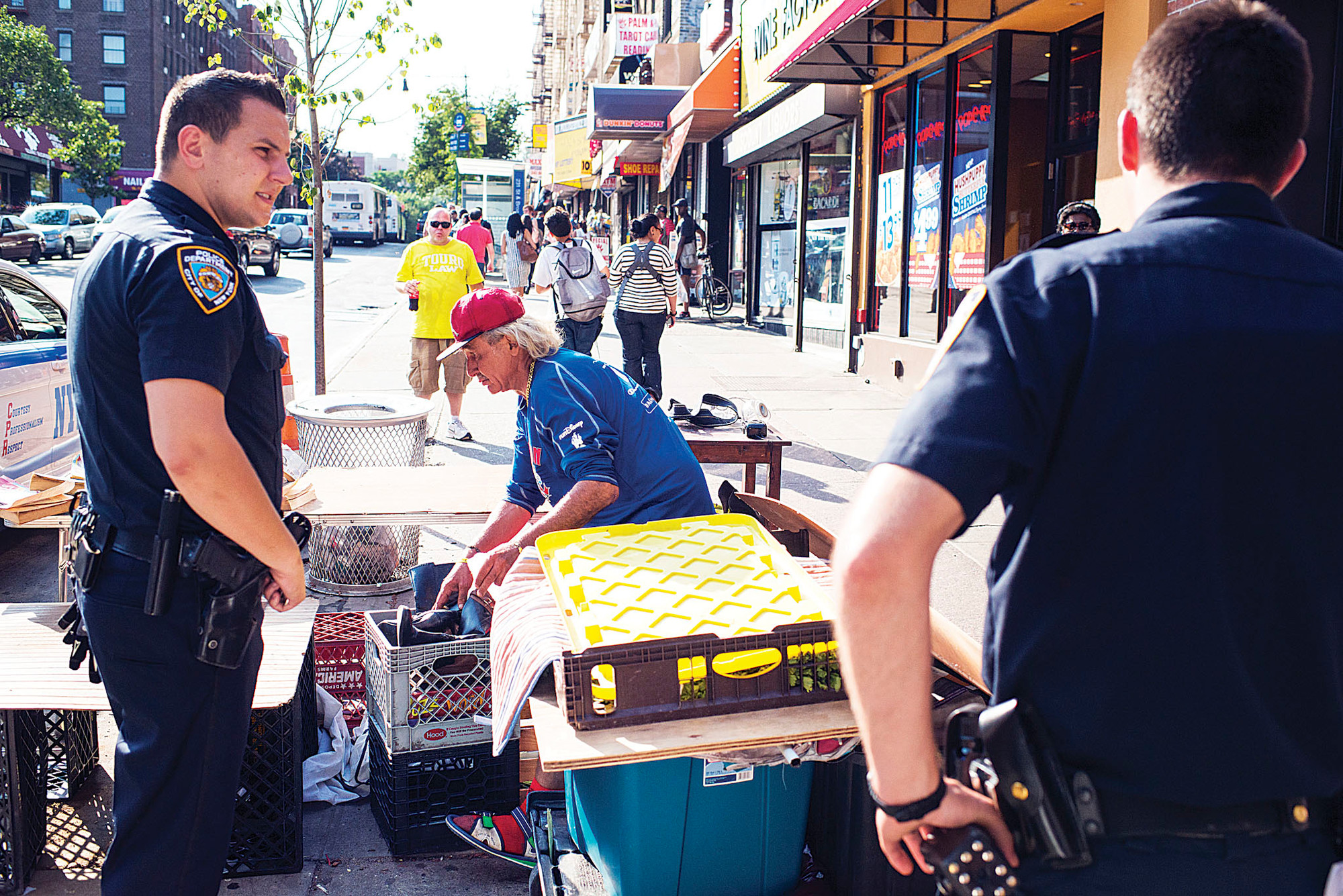 Mr. Diego gathers his belongings after police tell him to leave on grounds he lacks a vending permit.
Adrian Fussell / The Riverdale Press 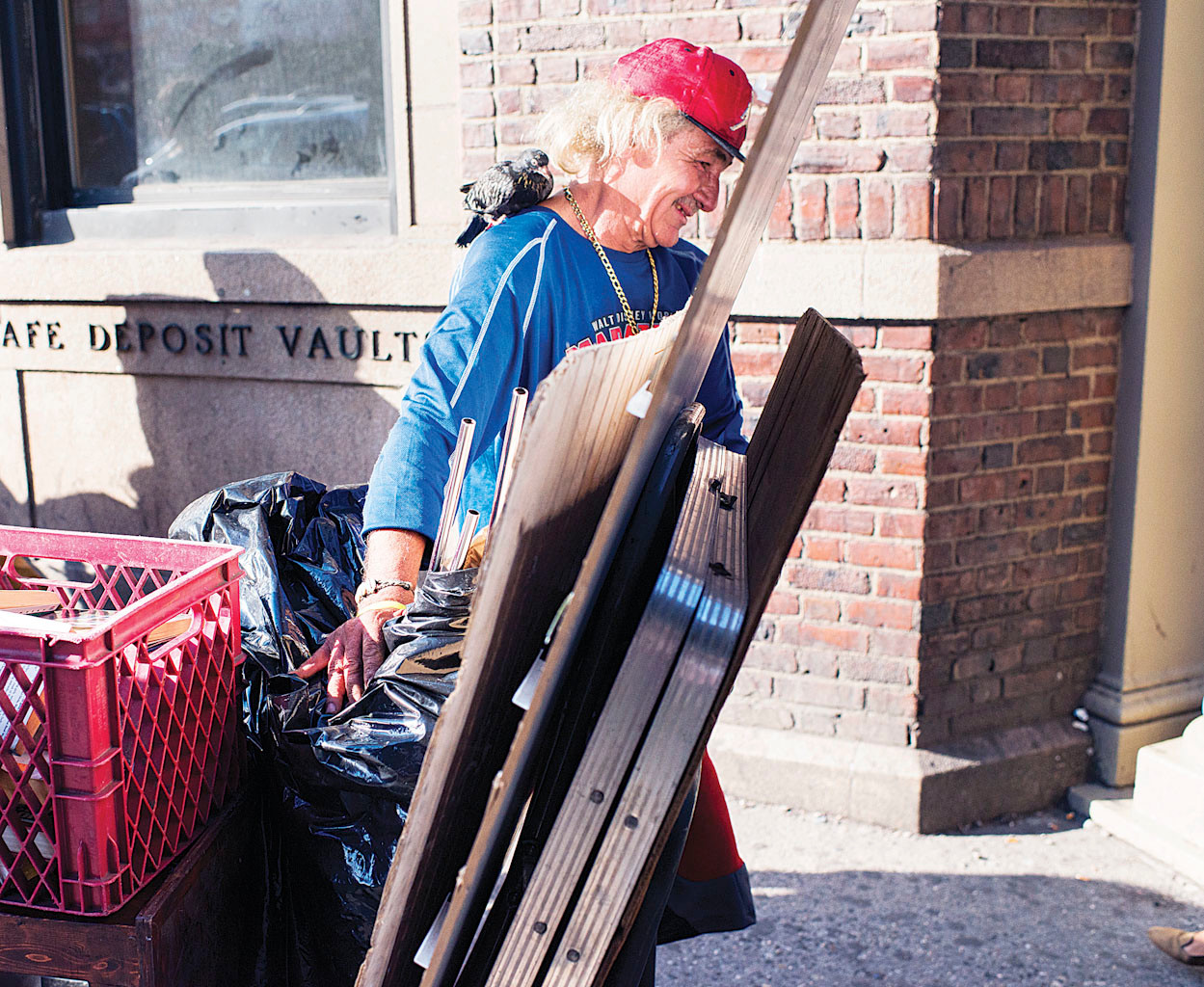 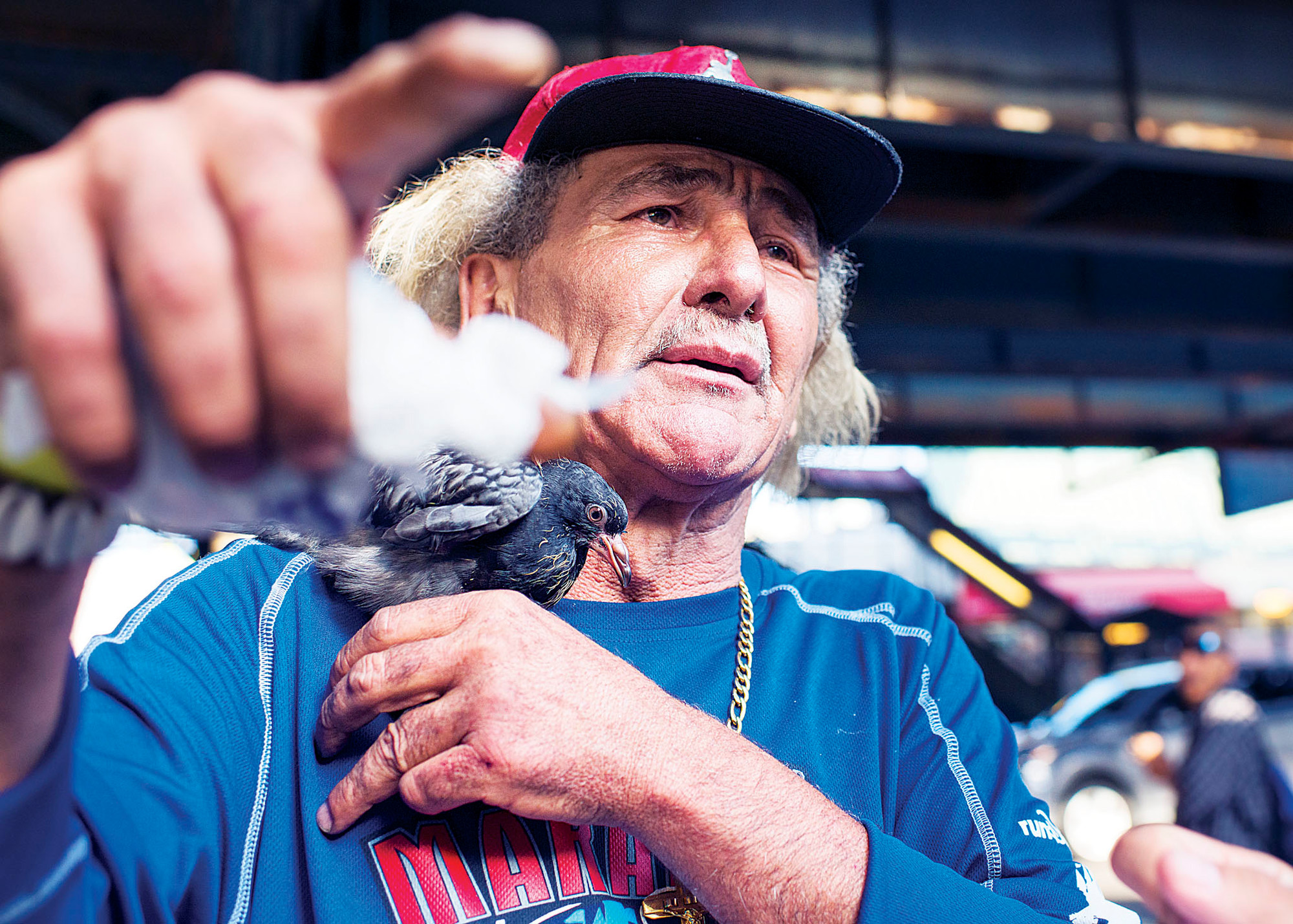 Mr. Diego said he plans to relocate to another part of the city.
Adrian Fussell / The Riverdale Press
Previous Next
By Shant Shahrigian

Recent years have seen a steady increase in the number of street vendors on Broadway, mostly near the busy West 231st Street subway stop. One of the vendors, Peter Diego, has eked out a living selling used books and miscellaneous merchandise like an unpackaged pair of speakers.

His career at that intersection came to an apparent end last week when officers from the 50th Precinct told him and two neighboring vendors to pack their wares and leave on grounds they did not have the appropriate permits.

“You know you cannot come back. This is your last warning,” Officer Santosuosso told Mr. Diego.

The vendor asked if he should sweep the area and an officer replied, no.

“I’ll do whatever you want,” Mr. Diego said as he pushed his items in a trolley to a nearby truck owned by another vendor, who agreed to help Mr. Diego move.

Scenes like this might become a thing of the past if the City Council lifts a longstanding limit on the number of street vendor permits in New York. Since 1981, there have been 3,000 such permits — leaving many vendors to rent the documents from the original owners — but a project from the non-profit Urban Justice Center is working to remove the cap.

However, business improvement districts, or BIDs, around the city are strongly opposed to increasing the number of street vendor permits.

Katherine Broihier, the district manager of the Kingsbridge BID, described street vendors as nuisances who sully the streets, take business away from brick-and-mortar stores and do not pay taxes to the city or fees to her organization.

“These vendors have been around forever and a lot of them deserve to be, but there’s a lot of them who take advantage of everything,” she said, explaining they do not follow the same rules for trash disposal as regular stores.