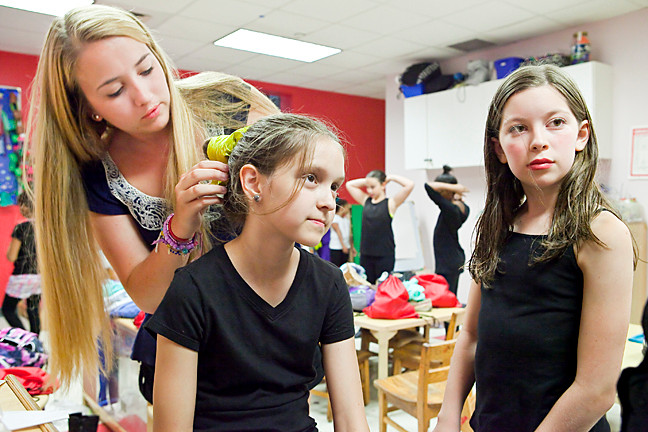 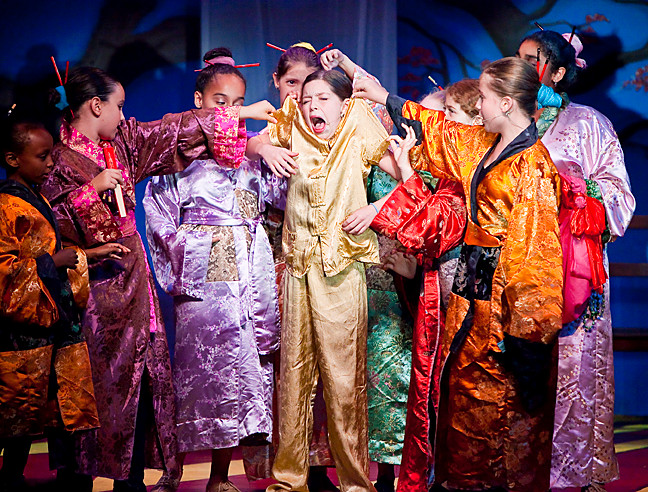 Leila Haller, 11, as Mulan, reacts to dressmakers, matchmakers and close relatives as they try to make her prim and proper for suitors.
Marisol Díaz/The Riverdale Press 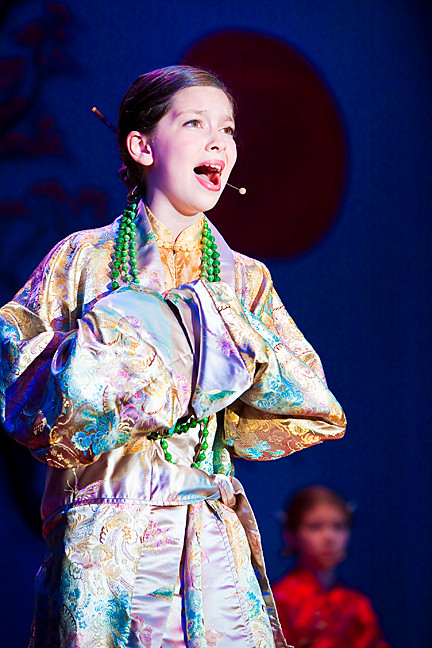 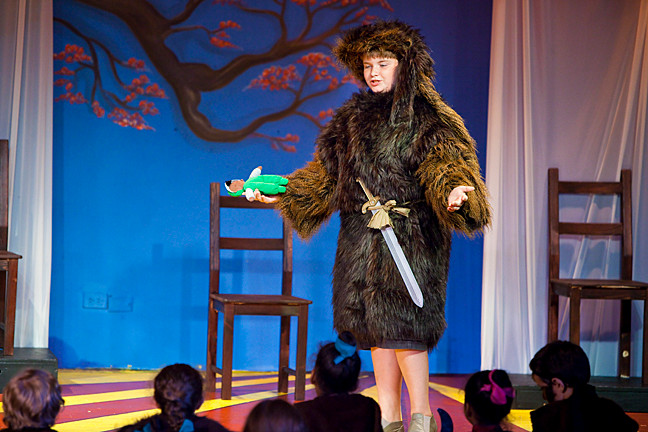 A  Chinese maiden disguises her identity then assumes her elderly father’s conscription in the national army before executing epic feats of bravery worthy of a German opera.

A trusty, wise-cracking red dragon is ordered by the maiden’s ancestors to deter her from engaging in the conflict, but instead battles alongside her as she pursues the defense of her family’s honor and her country.

And an incorrigible horde of invading pint-sized Hunnic fighters brandishing plastic swords endeavor to quash the maiden and conquer her nation at any cost.

Those were a few of the highlights at the Riverdale Rising Stars’ Summer Stage performances of a live-version of the 1998 animated Disney feature, Mulan, at the Riverdale YM-YWHA last week.

So far, the rave reviews would bring tears of envy to the eyes of the most successful Broadway producer.

“It’s amazing the talent that’s in this group,” said Tyreek Moore, after watching his daughter Tatyana perform as a petite Hun in the musical’s Aug. 8 show.

The cast of 40 included actors, singers and extras age 5-to-13-years-old portraying characters and performing songs from the film with richly textured costumes and sets with Technicolo hues.

Besides the valuable onstage experience, the Summer Stage arts camp has given the young actors a practical life lesson.

Leila Haller played the leading role, the young woman who joins the struggle to defend her country in order to save her feeble father from military service and imminent death.

Leila, who says Mulan is her most significant role to date, believes the effort in preparation required to perform in Summer Stage makes acting in the production even more satisfying.  “You have to work hard to have fun,” she said.