You see leaves of three? Then please leave it be!

Poison ivy is a real pain to deal with, and might create an unscratchable itch 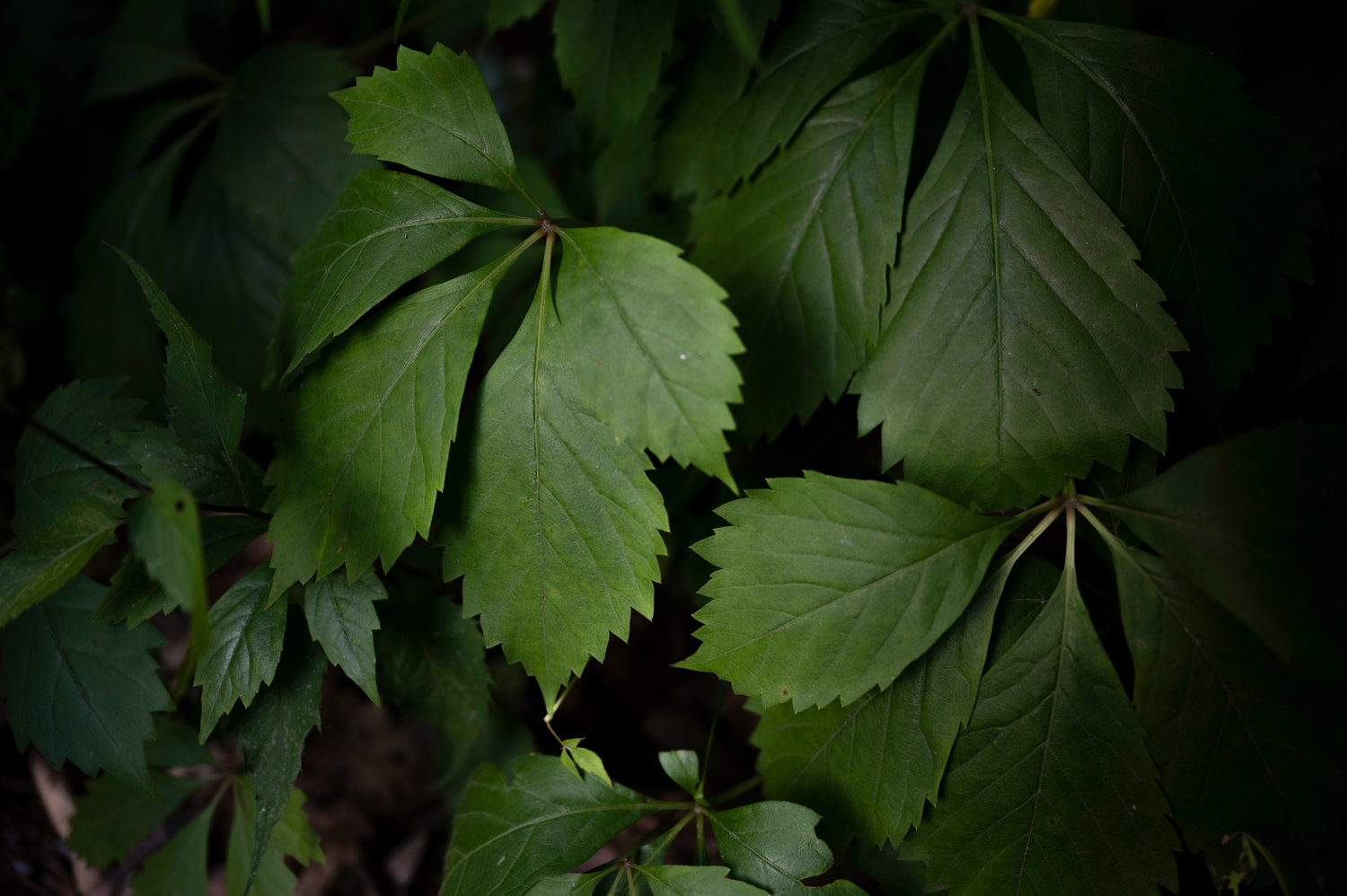 Van Cortlandt Park is known for some of its gorgeous greenery, but be careful — not everything visitors see is safe to be around. After spring, some plants like poison ivy find ways to really blend in with its neighbors. However, it can also be mistaken for Virginia creeper, which has five leaves instead of the distinctive three of poison ivy.
HIRAM ALEJANDRO DURÁN 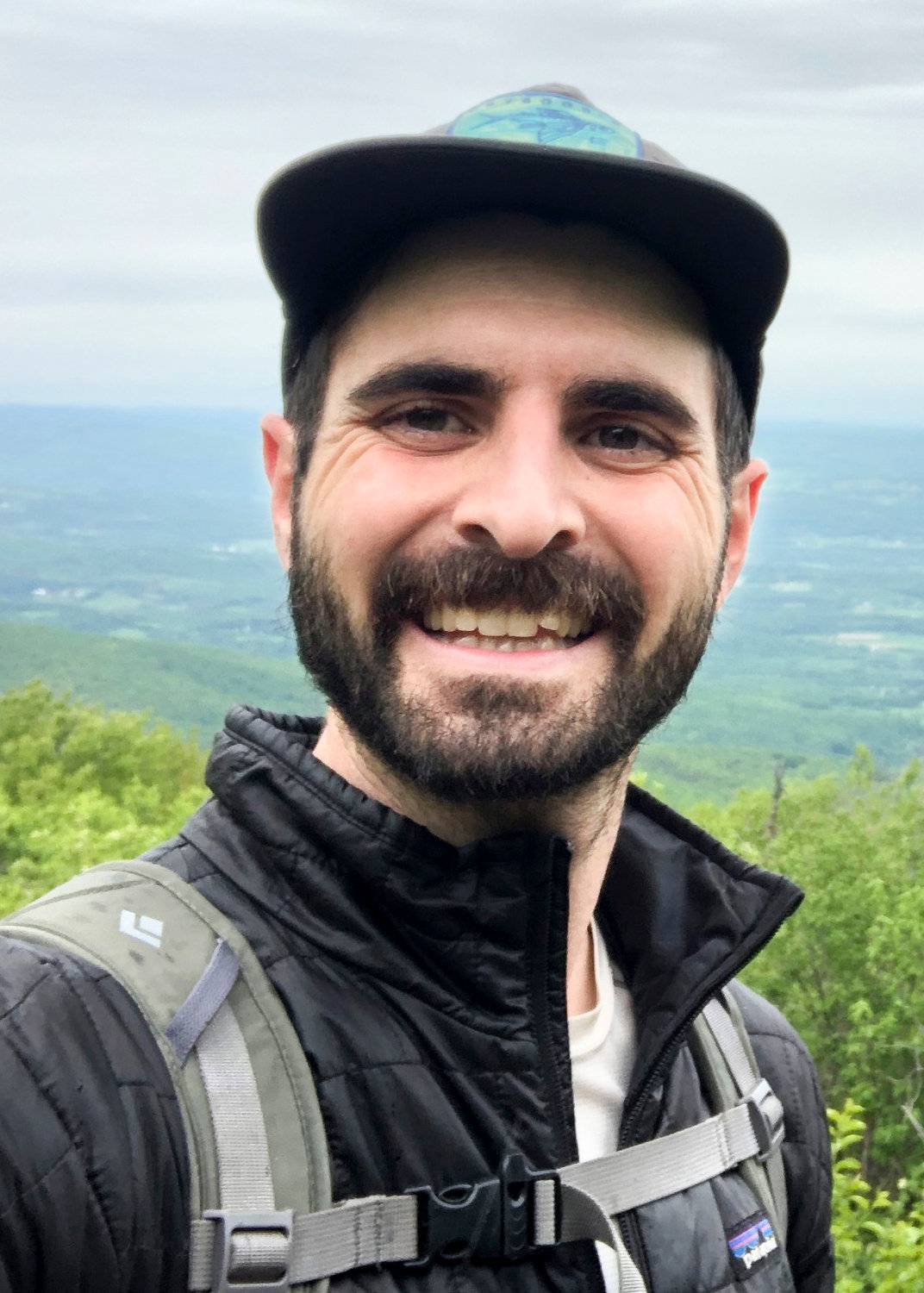 It’s easy for many venturing outdoors to mistaken raspberry bushes with poison ivy — and vice versa. But as much of a bad rap poison ivy gets, Van Cortlandt Park Alliance stewardship director John Butler says it’s an essential part of nature’s ecosystem.
Courtesy of John Butler
Previous Next
By SOPHIA ROMANO

Even with September arriving, there appears to be just a small respite from the heat of summer. Yet even as those hot days start to cool, wooded areas are teeming with life, and the trails of Van Cortlandt Park are no exception.

While warmth meant an increase in gorgeous greenery and sunlight to shine through the leaves, it also brings out the pesky side of nature. Poison ivy and ticks, in particular.

It’s not that poison ivy is a non-issue in the colder months as ticks go dormant. In fact, poison ivy plants are said to be extremely beneficial for the ecosystem, producing life-sustaining berries when few other plants will. But how many people are there really hiking in the cold weather with large patches of exposed skin?

Then again, how many people are wearing long clothes to hike in summer months? The sun warrants exposed skin for simple reasons of homeostasis. And this is where many are at risk for a rash. Vannie’s trails are lined with dense poison ivy waiting to brush any walker’s ankles and calves.

While many who venture outdoors on a regular basis might know how to identify basic poison ivy — be wary of shiny, red leaves — this description doesn’t always apply, however. John Butler, the restoration and stewardship program director for the Van Cortlandt Park Alliance, explains that poison ivy leaves only take on this commonly accepted appearance in the springtime. After that, poison ivy plants appear as innocent foliage — low to the ground, green, and without that tell-tale sheen.

“It’s a smooth, green leaf for most of the year,” Butler said. The poison ivy plants “in Van Cortlandt and a lot of other places (are) kind of a crawling vine on the ground. And then as it grows up alongside trees and starts to get bigger, it actually becomes the rope. The rope itself kind of looks like a hairy rope, so it has a bunch of little white hairs coming out of it, and that’s poison ivy.”

Poison ivy’s leaf structure shares some similarities to that of raspberry bushes, Butler said. While raspberry plant stems have a glaucous bloom or whitish tint, leaf grouping and abundance connect the two.

It’s easy for those less-knowledgeable about flora to mistake poison ivy, but plant enthusiasts like Butler — who works closely with the city’s parks department in order to increase and improve the natural areas of Vannie — and Riverdale Press Green Scene columnist Sura Jeselsohn have no trouble making the distinction.

“The raspberry has brambles,” said Jeselsohn, who wrote the book, “A Habit of Seeing: Journeys in Natural Science.”

“And poison ivy does not. So it’s sort of like an immediate signifier of different plants.”

But what happens when the vegetation grows so dense in the summer months that both plants can be found in the same place? Not only is each poison ivy leaf broken up into three leaflets, similar to raspberry bushes, Butler explained, when poison ivy plants grow large enough, they gain hairs on the vines.

While ivy has hairs, raspberry plants have thin thorns that might be mistaken for poison ivy hairs if someone doesn’t look close enough. An easy way to remember what to watch out for, Butler added, is the saying “leaves of three? Let it be!”

Besides, as tempting as it is to wade into a sea of foliage to pluck a perfect wild raspberry mid-hike, Van Cortlandt Park policy is very clear no plants can be removed. That includes berries in a hiker’s stomach.

But it’s more than just the leaves of the poison ivy plants trail-goers should be wary of. Urushiol — the oily irritant in poison ivy — is present throughout the whole plant, Butler says. And it can affect people year-round. Even worse, many might not even realize they were exposed to the oil until well after the fact.

“You would have quite a few hours before it would actually kind of seep into your skin and create any type of reaction,” Butler said.

While the easiest way to avoid ticks is to show as little skin as possible, not even clothing can consistently protect someone from poison ivy. Wearing long pants — even in the summer — seems like a fool-proof way to keep skin protected from urushiol. Unfortunately, it isn’t that simple. If someone’s pant legs brush the poison ivy, collecting even on the outside of the clothing, residual oil may brush against that person’s legs when they pull their pants off.

Butler’s way to get rid of those irritating oils? Dish soap. Scrubbing your wrists, ankles or any other exposed skin with detergents designed to cut through grease and oils can do the job. Just be sure to wash skin before it has time to absorb the oils.

But it’s extremely important to understand that while poison ivy may bring on an itch-fit for us humans as primates, poison ivy is a sturdy component of the ecosystem in Van Cortlandt Park.

“It’s a really interesting plant,” Butler said. “It definitely gets a bad rap, you know, having a lot of humans being allergic to it. But as much as I am allergic to it, I actually really enjoy seeing it sometimes in the woods. It’s a nice addition to sections of our healthy forest.”

CORRECTION: A photo appearing with a story about poison ivy in the Sept. 2 edition actually shows a Virginia creeper plant — not generally known to be poisonous. The plant is sometimes mistaken for poison ivy, but can be distinguished by its five leaves, where poison ivy has three.